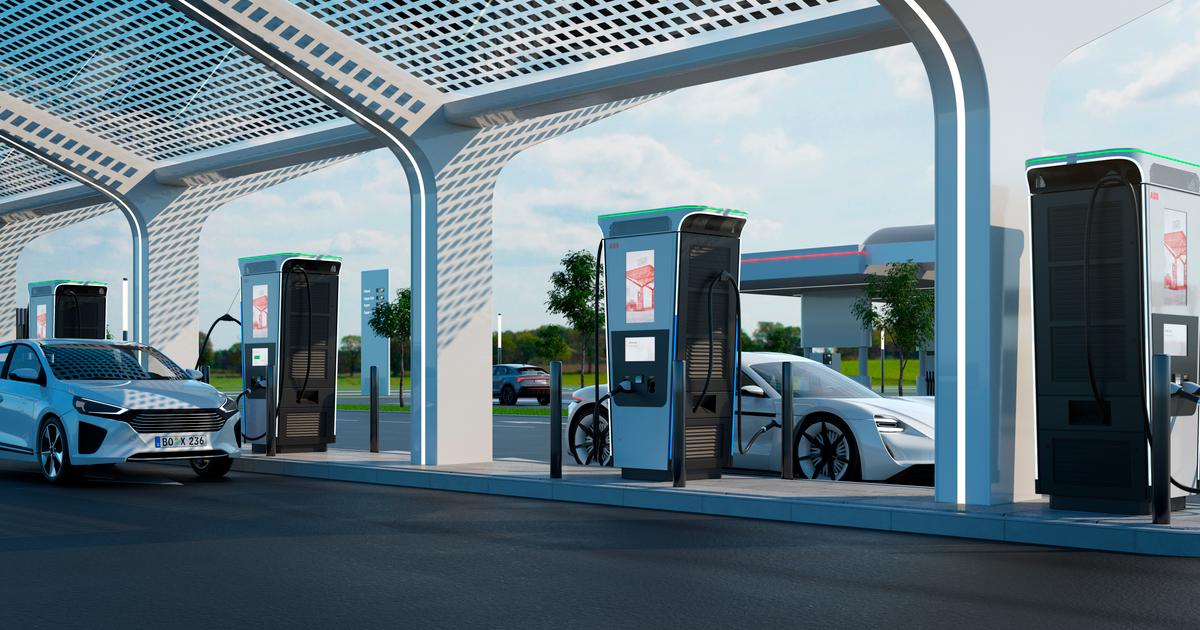 Limiting how long depleted electric vehicles need to be plugged in for will go a long way toward driving their adoption, and bit by bit we are seeing advances that shave valuable minutes off the waiting times. Technology company ABB is making inroads in this area, having just announced what is claimed to be the world’s fastest electric vehicle charger, capable of delivering 100 km (62 miles) of range in a matter of minutes.

ABB’s new Terra 360 is billed as the most powerful EV charger in the world, and is positioned as a solution for refueling stations, urban charging stations, retail parking and commercial electric vehicle fleets. Customizable LED lighting strips and an optional 27-inch LCD display guide the user through the charging process and the state of their battery, and counts down the minutes until the charging is complete.

And that might not be many minutes at all, according to ABB. The Terra 360 has a maximum output of 360 kW and the company says it can fully charge an electric car in 15 minutes of less. Or if it’s just a top up that’s needed while the user stops off for some snacks, the 100 km of extra range can be added through less than three minutes of plug-in time.

The Terra 360 looks much like a typical gasoline pump, with four ports and five-meter (16 ft) cables enabling charging of up to four vehicles at once, albeit at a slower 90 kW.

How much road users will be able to take advantage of the Terra 360’s charging speeds will depend on their vehicle, with not all EVs able to handle this type of power output. As more roll onto the streets in the coming years that could change, and these types of ultra-fast charging solutions could play a huge part in lessening range anxiety and boosting the appeal of electric cars.

There are comparable charging rates on offer out there, including those along the Electrify America EV charging network. ABB is actually providing some of the charging equipment for this infrastructure, which is expected to span 3,500 DC fast-charging outlets across the US by the end of this year, offering charging speeds as high as 350 kW – said to be the fastest on the market currently. For context, the latest generation of Tesla’s Superchargers offer peak rates of 250 kW.

“With governments around the world writing public policy that favors electric vehicles and charging networks to combat climate change, the demand for EV charging infrastructure, especially charging stations that are fast, convenient and easy to operate is higher than ever,” said Frank Muehlon, President of ABB’s E-mobility Division. “The Terra 360, with charging options that fit a variety of needs, is the key to fulfilling that demand and accelerating e-mobility adoption globally.”

You can check out the promo video for the Terra 360 below.

Meet ABB’s new Terra 360, the most powerful charger in the world