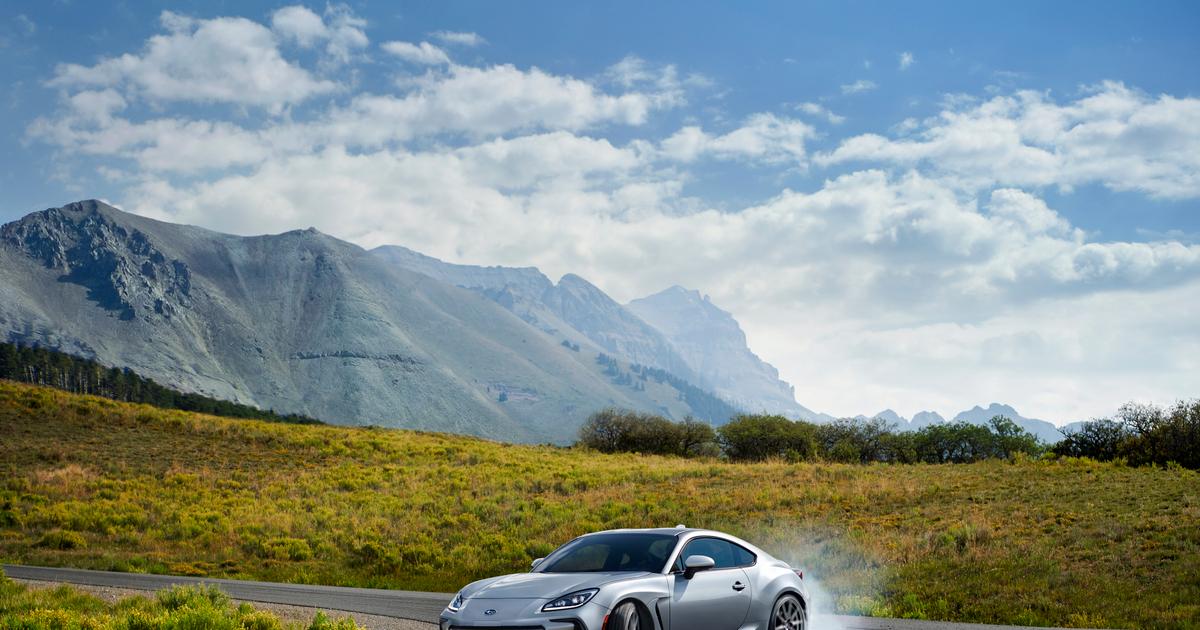 Subaru has taken the wraps off its all-new BRZ sports car, continuing the purists’ fun box into a new generation. The BRZ has an all-new design, a new engine with a bit more muscle, and retains the rear-drive formula that has made the car doggedly popular.

The long-rumored next generation of the “Toyobaru Twins” (Subaru BRZ, Toyota 86) has finally come. Billed as the purist’s sports car, the BRZ/86 has a low center of gravity, rear-drive excitement, and a light weight. No frills such as sunroofs, convertible tops, turbochargers, or usable back seats have ever muddied the focus of these cars. That tradition continues in 2022, though we have yet to see a Toyota announcement continuing the 86 line. The rumor mill regarding Toyota dropping that model was ended when the automaker said one was coming, but it hasn’t been clear how much sharing between the BRZ and the 86 would be taking place this time around.

Whatever the fate of the 86, the BRZ is coming soon. Debuting globally from California, the new 2022 model year BRZ will remain a 2+2 sports car that focuses on those core aspects of simple purity. Upgrades include new styling, a 50-percent increase in torsional stiffness, and more power via a new engine.

Styling for the new BRZ clearly takes its inspiration from 1990s and early 2000s sports cars like the Porsche Boxster, which themselves took cues from 1960s and 1970s Euro-sports cars from Porsche, MG, and others.

The new look for the Subaru BRZ is definitely more aggressive and rear-biased to emphasize power. The hood scoops a little lower, the roofline sits slightly flatter, and the rear deck cuts a little quicker while the haunches squat a little deeper. It’s a look that definitely fits with the crowd it’s aiming to please.

Subaru did a lot to improve the little BRZ without fundamentally changing its focus: affordable good times. Aluminum now features in the roof, fenders, and hood to keep weight light. High-strength steel makes up much of the rest of the underpinnings for the same reason. The curb weight of the new 2022 BRZ is just 2,900 lb (1,315 kg).

Those pounds are pushed around by the rear tires thanks to the new 2.4-liter Boxer engine. This naturally-aspirated engine outputs 228 horsepower (170 kW), about 23 more than the best current-generation BRZ can muster. The engine redlines at 7,000 rpm and improves torque delivery by 15 percent over the previous 2.0L. The standard six-speed manual and six-speed automatic are continuing with the new engine. We’ve noted the goodness of these transmissions in BRZs past, especially the short-shift manual. The automatic should see improvements to performance thanks to throttle blipping for faster downshifts and yaw sensors that sense hard corners and leave the transmission in gear to prevent traction losses from shifts.

The overall body design is lower and more aerodynamic-appearing. Subaru says that the car is now about an inch longer and half an inch lower (2.54 and 1.27 cm respectively). Its wheelbase remains largely the same.

The new body design means a bit more interior space as well, with Subaru claiming that the fold-down rear seats will now accommodate a mountain bike, golf clubs, or even four spare tires for track days. The double bubble roof design (common in sports cars of the past) should allow for more headroom, Subaru says, which would be a great improvement in our minds.

For the driver, new controls in the cluster mean more data coming faster. The 7-inch digital dashboard is customizable and includes automatic changeover settings for track mode and other uses. Faster-read options such as a linear graph tachometer (versus a dial) and an integrated digital speedometer are included. An 8-inch infotainment touchscreen sits in the center stack and now uses Subaru’s Starlink multimedia interface, plus Subaru’s EyeSight safety system is also standard in the new BRZ. Both of these features hint that there may not be a Toyota twin for this car coming.

With all of the improvements and changes, the 2022 Subaru BRZ will likely have a higher price tag compared to the outgoing BRZ. How much is unclear, but given the specifications, probably not by enough to dissuade enthusiasts from buying. Subaru has promised more details on pricing and other specifications closer to the 2022 BRZ’s launch, coming in the third quarter of 2021.