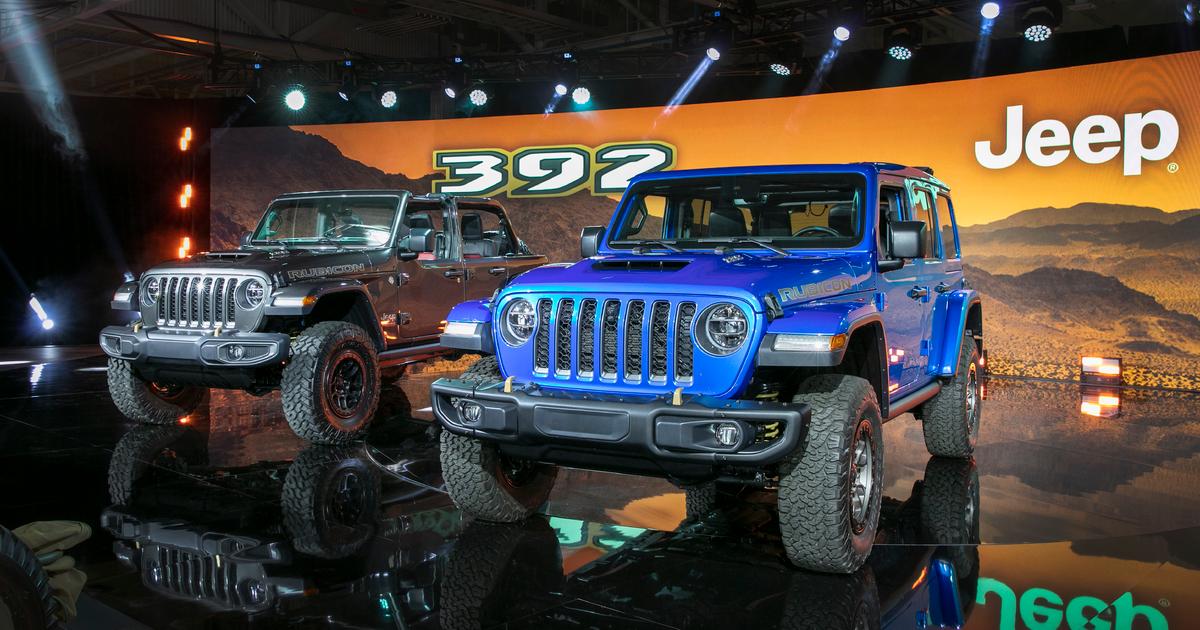 Back in July, Jeep debuted a concept vehicle called the Wrangler Rubicon 392. Engineers at Fiat Chrysler had worked out how to stuff Dodge’s big 6.4-liter Hemi engine into the Wrangler while keeping the Jeep’s legendary off-road capabilities intact. The concept was a hit with fans and the press, plus we noted that it looked very production-ready.

Available only in the Rubicon extreme off-road package, the 392 features the first V8 to be in the Wrangler in almost 40 years. Standard with the 392 will be an eight-speed automatic transmission, paddle shifters, and a two-speed transfer case with full-time four-wheel drive. Dana 44 axles with locking differentials and an electronic sway-bar disconnect are also included.

To make the V8 happen, Jeep had to re-engineer the frame rails in the Wrangler, to handle the massive amounts of torque the Rubicon 392 will be capable of. This necessitated a 2-inch (5.1-cm) lift to accommodate new suspension geometry for the heavier engine. Upgrades to the brakes and integrated high-performance Fox shocks were also added. As with most Rubicon models, 33-inch tires on 17-inch beadlock-capable wheels are also standard.

Doing some math, it’s clear that the 48:1 ratio of the Rubicon’s 4×4 package when crawling will result in massive amounts of torque at each wheel. Jeep combined this with the engine braking capability of the big 6.4L V8, developing a torque-converting locking strategy that would enable more control at engine idle (crawl) speeds. Engineers, of course, also put some effort into the dual-mode exhaust sound and quad tailpipes for some rumble effect.

Also unique to the 2021 Jeep Wrangler Rubicon 392 is a functional hood scoop and Tri-level Hydro-Guide air intake system, which pushes up to 15 gallons (57 l) of water per minute away from the engine. A secondary air path in the hood allows more air into the engine, should the hood scoop become blocked by mud, snow, or debris – enough to allow top speed operation without loss of capability.

Jeep also had to modify the Wrangler’s seating to allow for the more performance-enhanced driving capabilities of the throaty V8. Integrated upper bolsters keep the driver and front passenger more in place during aggressive maneuvering, while improved steering wheel grip and paddle shifters were also added to improve control and confidence for the driver. Enthusiasts will also be happy to learn that half-doors will be available for the Rubicon 392 (and Jeep tells us, on all other Wrangler models) in 2021 as an option.