Goodyear airless tires get put to the test on delivery robots 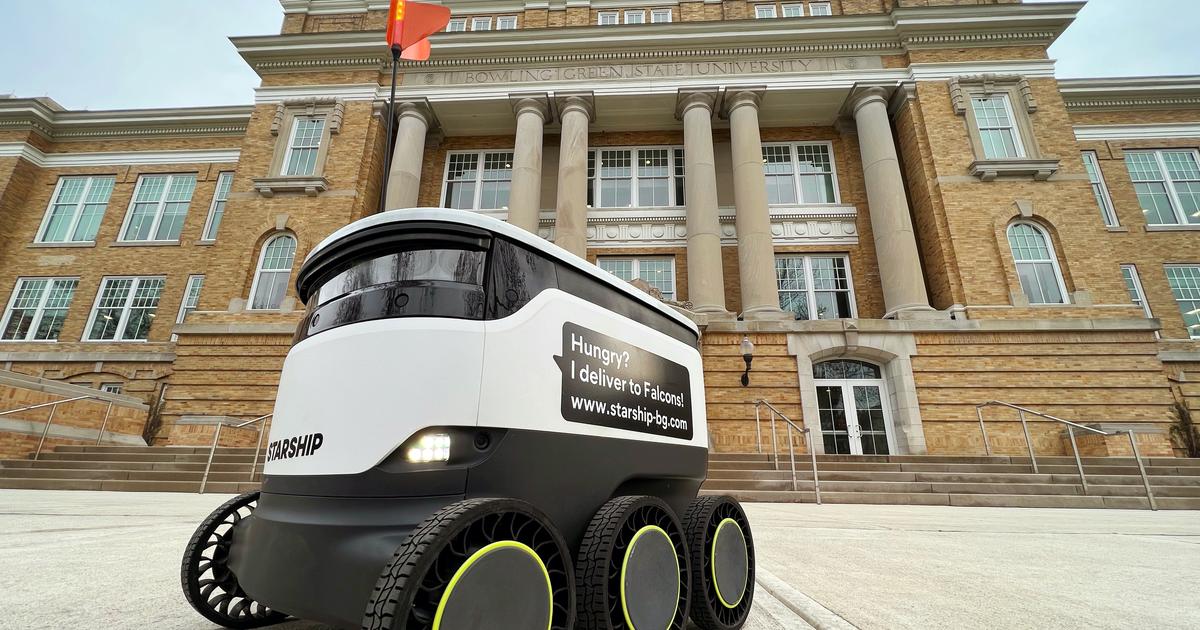 Although many people have heard about Michelin’s airless tire, they may not realize that Goodyear has developed one of its own. What’s more, a special version of it has been created for use by ground-based delivery robots.

Working in a similar fashion to the Michelin tire, Goodyear’s non-pneumatic tire (NPT) incorporates a thermoplastic internal connective structure – known as DuraWeb technology – instead of an air chamber. This flexes under load, while remaining sufficiently stiff to support the weight of the host vehicle. It is not the same airless tire that the company previously developed in partnership with NASA, which utilized internal springs instead of DuraWeb.

A Goodyear representative tells us that in 2017, the NPT was being offered as an option on a third-party line of riding lawnmowers. Although that’s no longer the case, last July it was successfully trialled on a fleet of autonomous shuttles used by the Jacksonville Transportation Authority.

Now, a smaller version of it has been fitted to a fleet of autonomous delivery robots utilized by Goodyear-affiliated Starship Technologies. The new tire was developed in response to a request from the startup, which wished to extend the tire life of its six-wheeled robots while also reducing maintenance requirements.

While Starship currently operates a worldwide network of over 1,000 of the robots, the tire is currently being tested on a small fleet that operates at Ohio’s Bowling Green State University campus. The trial already looks promising, in respect to factors such as tread wear, braking performance and vibration damping.

“We are excited to extend our unique airless tire architectures into new forms of mobility,” says Michael Rachita, Goodyear’s senior program manager, non-pneumatic tires. “The micro delivery space presents a different set of needs as it relates to the tire, and our NPT technology is ideal to meet those needs.”

You can see one of the tire-testing robots in action, in the following video.