Chrysler resurrects the Airflow as a concept electric vehicle 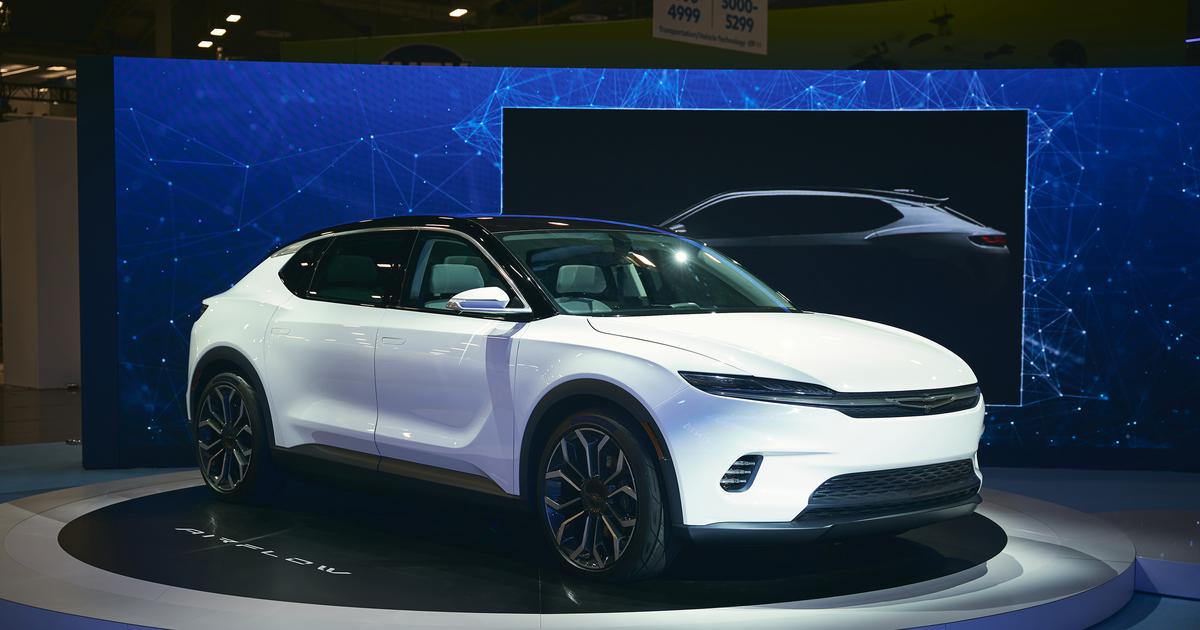 At the Consumer Electronics Show 2022 in Las Vegas, Nevada, Chrysler unveiled a new battery-electric concept car, recalling the Airflow name. Alongside the car, Chrysler announced plans to launch its first fully electric vehicle by 2025 and to have a full portfolio of BEVs (Battery Electric Vehicles) by 2028, and will spearhead parent company Stellantis’ EV transformation.

The original Airflow, produced in the 1930s, was a sales flop, but is now a sought-after collectible. Innovative for its time, the Airflow didn’t catch the public eye in a period where every new car was avant garde, but huge grilles were becoming ostentatious and out of fashion.

It did introduce some of the first aerodynamics and streamlining though, and was far ahead of its time. The new Airflow Concept introduced at CES 2022 is, perhaps, not quite as futuristic in its appearance. But it does have something interesting: a brain.

An STLA Brain, to be exact. The STLA Brain is the backbone of a user interface that offers a synced digital work and home environment for passengers. It’s fully over-the-air capable for both upgrades and connectivity, and boasts a flexible design that isn’t tied to software at its core. This allows changes, updates, and development of future services and features without waiting for hardware updates. The Airflow also features the latest iteration of Chrysler’s AutoDrive (now called STLA AutoDrive) system, now working at Level 3 autonomous capability.

The Airflow’s STLA SmartCockpit user interface allows screens in the vehicle to be personalized to each passenger through multi-layered, high-contrast graphics. Th menu-based format is an evolution of the current Uconnect “card-based” interface found in the Pacifica and other current-generation vehicles, allowing items to be grouped and manipulated at the user’s discretion. Information can also be shared screen-to-screen within the vehicle. This can, Chrysler implies, include screens on mobile devices connected to the vehicle.

The Airflow Concept is a fully electric vehicle conceptualizing the design elements and capabilities of near-future EVs coming from the Chrysler brand. Chrysler currently produces three vehicles under its brand, the Pacifica minivan, the Voyager minivan, and the 300 sedan. The Airflow, which has a design similar to the now-defunct Chrysler 200 (though in crossover form), is powered by two 150-kW motors, one on each axle.

Chrysler says that the Concept is not tied to a specific EDM (Electric Drive Motor), allowing larger or smaller units to be used for a modular ideal. Which, the company was quick to point out, would include high performance options. We speculate that this is a nod towards the platform being useful to Dodge and its various performance vehicles. Chrysler did not detail battery size, but it’s said to deliver 350-400 miles (563-643 km) of range per charge.

“The Chrysler Airflow Concept represents the future direction of the Chrysler brand, providing a peek at the dynamic design, advanced technologies and seamless connectivity that will characterize the full-electric portfolio we plan to reach by 2028,” said Chrysler brand CEO, Chris Feuell. “Chrysler is an iconic American automotive brand, with a heritage in creating new advanced technologies and product segments. Our brand will serve at the forefront as Stellantis transforms to deliver clean mobility and connected customer experiences.”

The Chrysler Airflow Concept is on display at CES 2022 through January 8.