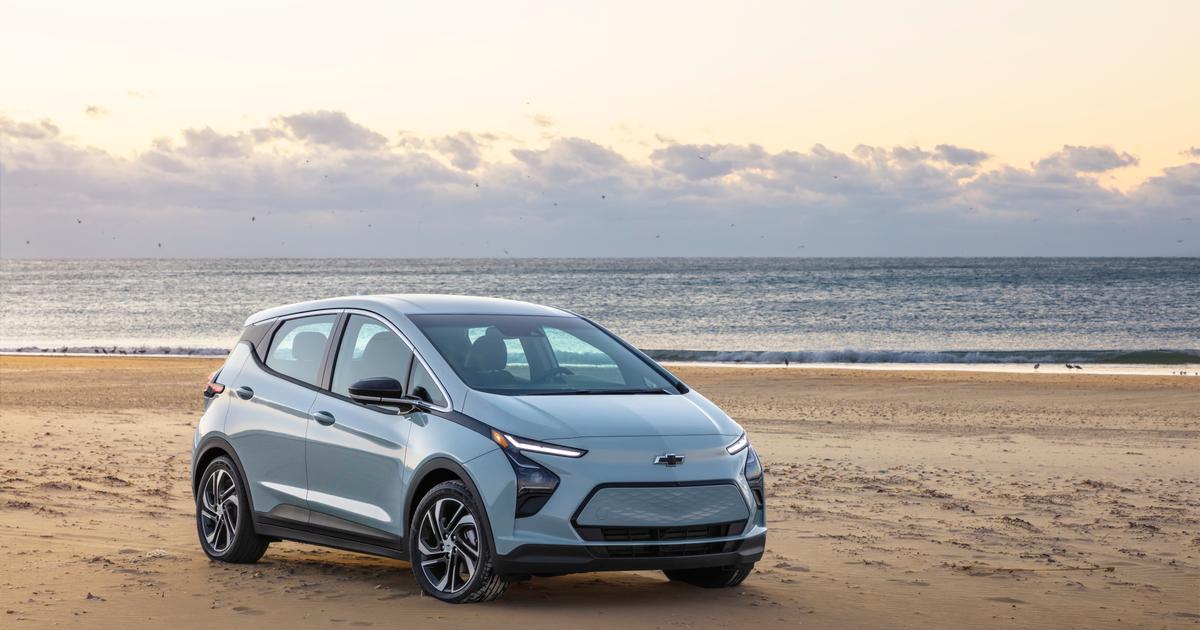 Chevrolet is going bananas on electric vehicles, with no fewer than 30 planned for launch by 2025, and to get things started, here’s a newly-refreshed Bolt EV, and a slightly-larger Bolt EUV, both several grand cheaper than the outgoing Bolt.

You’d struggle to pick the EV and EUV apart at a glance – or indeed the new Bolt from the one that’s already sold 100,000 units, until you hop inside. The exterior updates are minor and mainly concerned with the headlights, so the, shall we say, somewhat polarizing appearance of the Bolt stays.

Inside, the interior takes a big step forward with a new dash, 10.2-inch infotainment touchscreen, and nicer materials throughout. The gearshift stick is replaced by buttons, getting out of the way and leaving a nice, flat center console; the seats are new; and the overall impression is much nicer and more grown-up than the previous model’s rather dinky cabin.

A price drop from US$37,495 down to $31,995 for this zippy, practical compact electric car makes it a no-brainer over the current Nissan Leaf, whose base model starts $500 dearer and comes up 53 hp and 25 kWh short of the new Bolt EV. Expect that to be addressed quick smart.

The EUV, or Electric Utility Vehicle model is basically the same as the EV, just very slightly stretched. It’s 6.3 inches (16.1 cm) longer, giving it a tad more carrying capacity and 3 inches (7.6 cm) more legroom in the back seats. It’s also 0.2 inches (0.5 cm) wider and taller, so the two models annoyingly share no panels, and the resulting tiny drop in aerodynamic efficiency, plus 90 lb (41 kg) of extra weight, conspire to drop the estimated range down to 250 miles (402 km).

That alone isn’t enough to put a wedge in between these two in the showroom, so Chevrolet has given the EUV some extra options you can’t get on the EV: optional heated and ventilated front seats, heated rear outboard seats, a sunroof … and a higher base price of $33,995.

More importantly, the Bolt EUV becomes the first Chevrolet that can (optionally) run GM’s highly-regarded Super Cruise for hands-free highway driving, which, while it’s a lot less ambitious in scope and execution than Tesla’s Autopilot, can now be used on some 200,000 miles (320,000 km) of selected roads in the USA and Canada. A limited launch edition will run Super Cruise, along with the sunroof, special wheels and badges for $43,495.

Availability begins this (Northern Hemisphere) summer. There’s a video below, which Chevy has produced in partnership with Disney, but honestly, spare yourself.