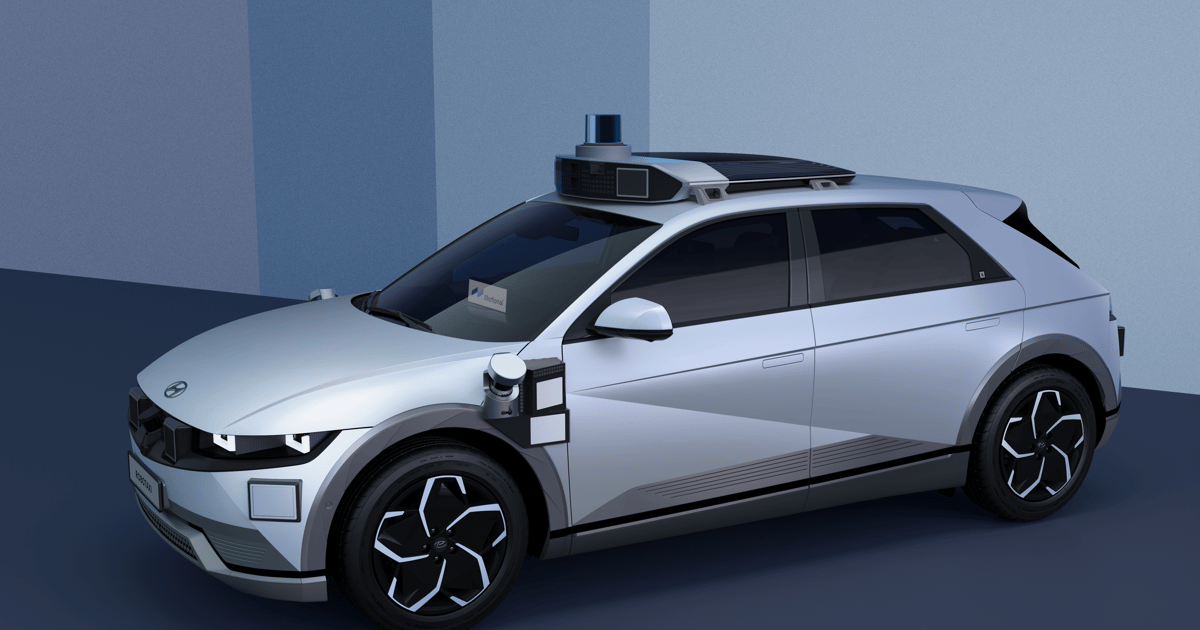 Hyundai launched the first vehicle in its new all-electric Ioniq brand back in February, the almost-true-to-concept Ioniq 5 hatchback. And now the company has partnered with autonomous vehicle company Motional to put the shapely EV to work as a robotaxi.

The Ioniq 5 is based on Hyundai’s Electric-Global Modular Platform, with its 118-in (3,000-mm) wheelbase making for a relatively large cabin so that occupants can stretch out and enjoy the journey. The vehicle comes in several battery and motor configurations, and it’s not clear which setup will be used for the robotaxi variant at this stage.

Not that such things will be important to ride-hailing passengers, who are promised “a spacious, comfortable place to work, relax, or socialize during their driverless ride.” And should customers wish to amend the route along the way, or make additional stops, the vehicle will be equipped with rider-focused interfaces to allow for communication with onboard navigation systems.

The partnership is looking to make the Ioniq 5 robotaxi a Level 4 autonomous vehicle, which will use its suite of more than 30 sensors mounted around the vehicle to navigate without the need for a safety driver behind the steering wheel. This sensor suite of cameras, radars and LiDAR will monitor the world around the vehicle at up to 300 m (984 ft) away, and feed data into Motional’s driverless technology suite.

Numerous redundancies are being built into the setup to ensure smooth operation and passenger safety during autonomous driving, though Motional technicians will be able to remotely take control should the vehicle get into trouble.

The robotaxi is expected to undergo many months of rigorous testing in simulated environments, on closed courses, and on public roads, before accepting it’s first passenger, with Motional saying that the “testing is only completed once we’re confident our robotaxis are safer than a human driver.”

Motional has teamed up with ride-hailing service Lyft, and will begin ferrying passengers in Ioniq 5 robotaxis from 2023 across major US cities. But before then, the vehicle will make its public debut at the IAA Mobility in Munich expo, which runs from September 7-12.