2021 Ford Bronco Sport surprises on road and off 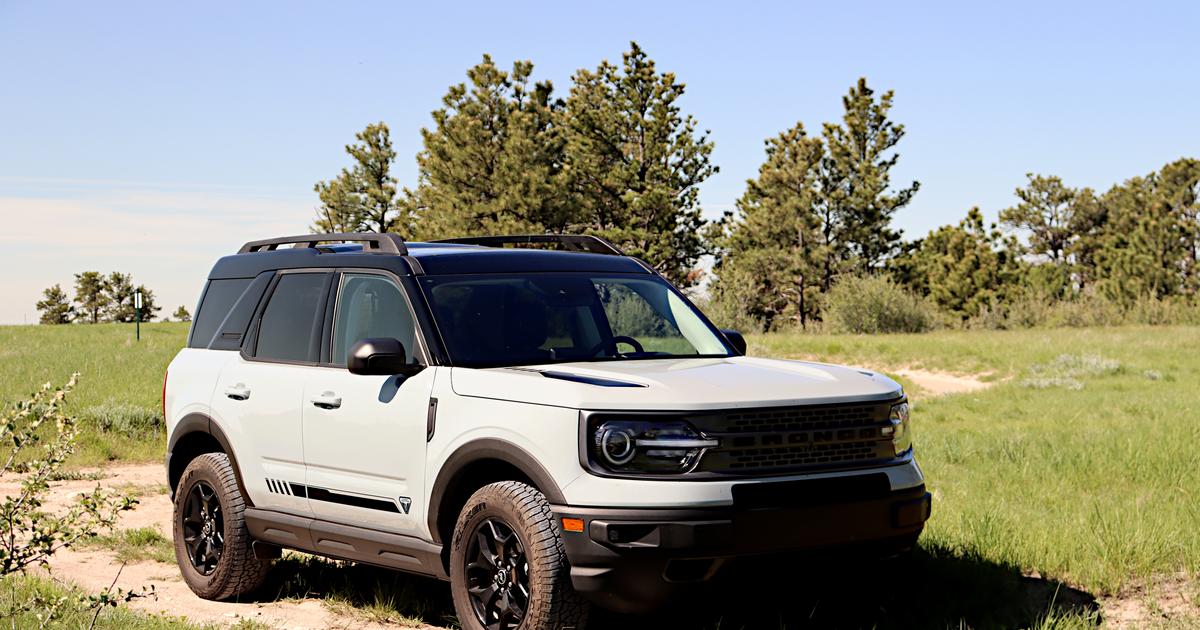 When Ford announced the new Bronco models, the focus was largely on the big SUV variants of the rig, made to compete directly with Jeep’s Wrangler series. The Bronco Sport, though largely overlooked, is a solid off-roader, winning the X-class of the Rebelle Rally last year despite being discounted as the “Baby Bronco” model.

The 2021 Ford Bronco Sport is a new sport utility based on the Ford Escape, but with an emphasis on ruggedness and capability instead of family hauling utility. While there are similarities between the Bronco Sport and the Escape, they are largely under the skin as the Bronco Sport has far different styling and emphasis.

Unlike the large Bronco SUV, which we’ll review soon, the Bronco Sport does not have a body-on-frame design, removable doors or roof panels, or options for off-road wheel articulation and rock crawling. Instead, it is a little more tame and made for everyday driving, with the option for some medium-duty off-road fun once in a while.

On that note, it does have more wheel articulation, ground clearance, and traction-keeping abilities than do most small crossovers in its realm. Akin to the Jeep Renegade, which is likely the Bronco Sport’s chief comparable rival in this segment, the little Ford will surprise with its capabilities.

The 2021 Bronco Sport has five trim levels and two engine options for its first year. The base engine is a 1.5-liter three-cylinder turbocharged to produce 181 horsepower (135 kW). This engine runs to an eight-speed automatic transmission and includes four-wheel drive by default. The 4WD system is controlled via drive modes, a common theme in many of Ford’s crossover-SUV models.

On the uppermost Badlands and First Edition models, the Bronco Sport has a 2.0-liter turbocharged four-cylinder that outputs 250 hp (186.5 kW), plus a more off-road-ready suspension, rugged all-terrain tires, underbody skid plates, a more robust 4WD system, locking rear differential, and other goodies. The First Edition comes standard with most of the options for the Bronco Sport, like a trailer hitch setup, sunroof, roof rack with crossbars, and a 10-speaker Bang & Olufsen audio system.

We briefly drove the 2021 Ford Bronco Sport with its base engine and were happy with its performance. The smaller engine is, of course, far more efficient, with an EPA rating of 25 mpg (9.4 L/100km) in the city and 28 mpg (8.4 L/100km) on the highway. We didn’t get the chance to test that very thoroughly, but trust that it’s definitely doable in that version of the Bronco Sport.

For our week behind the wheel, however, we had a First Edition model with the 2.0-liter engine. Its EPA rating is 26 mpg (9 L/100km) on the highway and 21 mpg (11.2 L/100km) in the city. Our highway loop test returned only 25 mpg, however, which we think is thanks to the slightly larger, more aggressive tires found on the First Edition versus the Badlands model likely used for EPA certification.

Off the road, this is a surprisingly capable little machine. Compared to the big galoots often used as “benchmarks” for going all-terrain, the Bronco Sport is still a strong contender. Not because it has the reach, clearance, and capabilities of those larger machines, but because it has a smaller wheelbase and thinner overall design by comparison. Where, unmodified, it won’t climb rocks and ford deep water like the Jeep Wrangler or full-sized Bronco can, it will go places most other crossovers in its class or larger wouldn’t dream of.

Overall, the little Bronco Sport meets most of the needs of those looking at small crossover-SUVs. It seats four comfortably and five when needed, has plenty of cargo space, and is easy to maneuver around city streets and tight parking lots. Its road manners are good, though not impeccable when the off-road gear is added, and most everyone will enjoy driving it.

The engines in the Bronco Sport aren’t new and Ford has made it clear that its newly-developed EV platforms will handle all of its SUV lineup, including the Bronco Sport and the full-size Bronco. The upcoming Ford F-150 Lightning is the second (the Mach-E being first) of many in the IonBoost family. Ford has also licensed its SUV platform to Volkswagen for that company’s upcoming European EV models, starting in 2023.

As it is, the 2021 Ford Bronco Sport deserves to be recognized for its excellence. It stays true to the Bronco name by being off-road-ready in many of its renditions, while servicing a large number of buyers in the small crossover category who do not want or need off-pavement equipment. It’s well-designed, nice to drive, and affordable. The base price for a 2021 Bronco Sport, which comes very well-outfitted for those dollars, is US$27,215 before delivery.