AI system determines if drivers are ready to take control 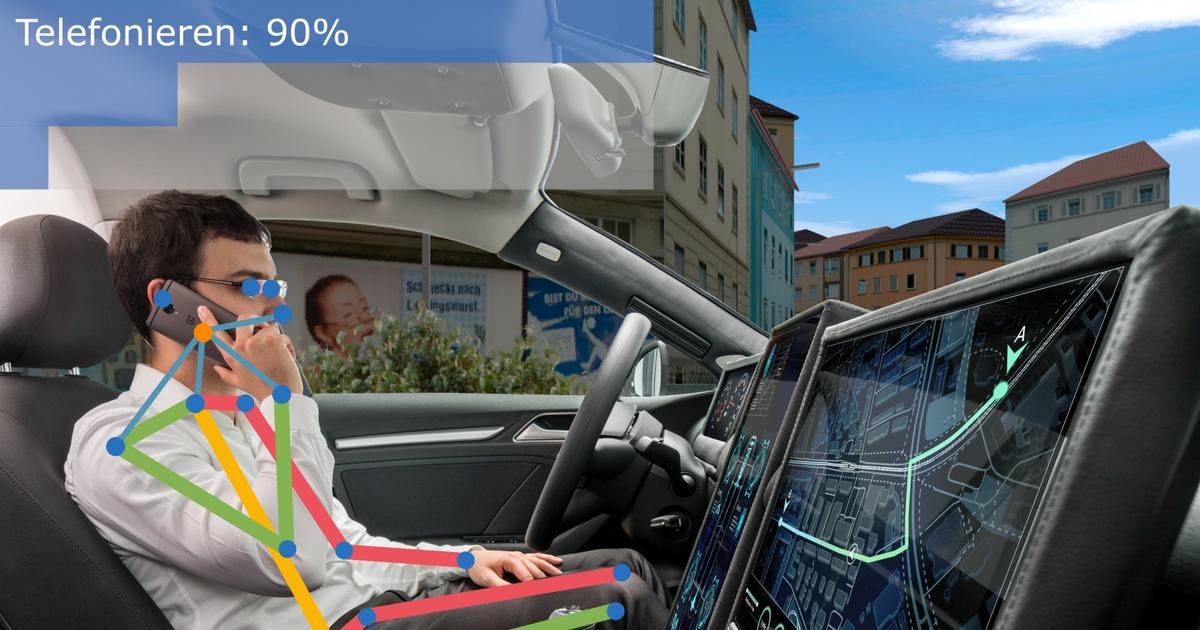 Although self-driving cars definitely are coming, the first ones will likely still need to periodically have the driver take manual control of the vehicle. A new system could check if the driver is currently able to do so, by monitoring what they’re doing.

Presently being developed by a team at Germany’s Fraunhofer Institute for Optronics, System Technologies and Image Exploitation, the technology is designed to work with cameras located inside the vehicle’s cabin. These could be regular visible-light cameras, infrared night-vision cameras, or depth-sensing 3D cameras.

Live video from those devices is analyzed in real time by an onboard computer. It utilizes artificial-intelligence-based algorithms to establish the body poses of the driver and other passengers, and then matches those poses up to known activities such as engaging in face-to-face conversation, sleeping, or watching the road. The system can also recognize objects that may be a source of distraction, such as smartphones.

In a situation where the driver needs to take control – such as if the vehicle is approaching a road construction zone – the system alerts them, plus it checks that they’re ready to do so. If it’s determined that they aren’t, the system calculates how long it will take them to return their attention to the road, based on their current activity. It then holds off on relinquishing control, waiting until they’re ready.

None of the video footage is recorded, nor is it transmitted outside of the vehicle, so privacy issues shouldn’t be a concern.

Additionally, once the technology is developed further, it might also be used to recognize hand gestures made by the driver to the car. If they were to say “Park over there” and point in a certain direction, for instance, the system could tell where they were pointing. It could additionally ensure that the driver and all the passengers had fastened their seatbelts, before allowing the car to proceed on its trip.

“The technology is ready for pilot production,” says project manager Michael Voit. “We are already in contact with companies who want to use our technology.”