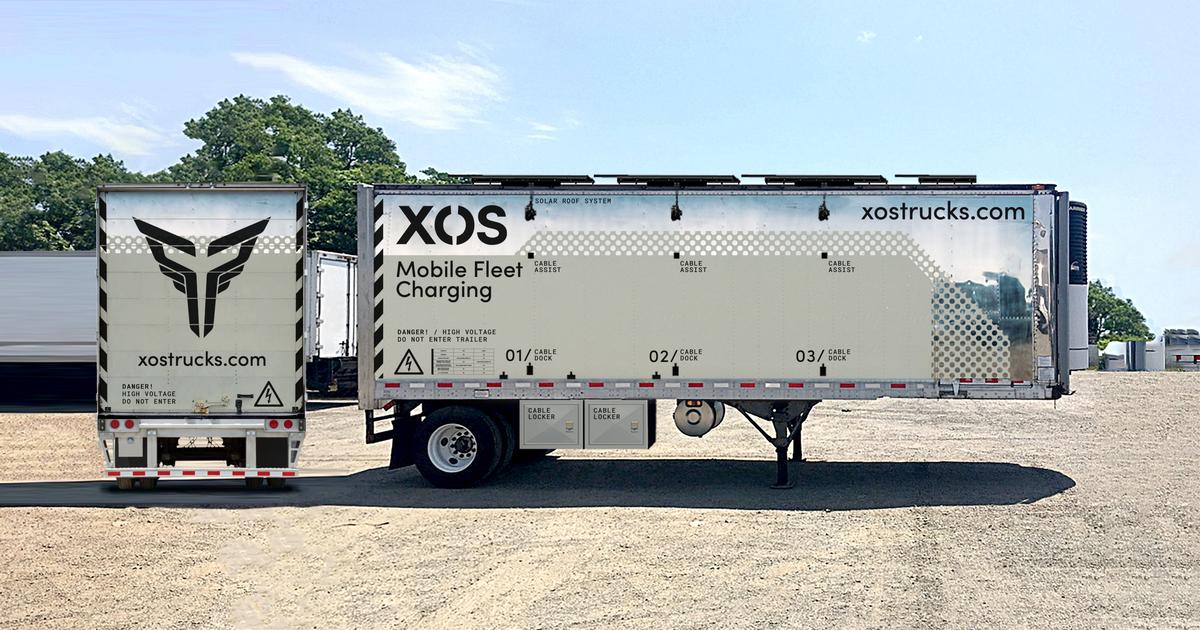 LA-based fleet e-mobility firm Xos has introduced a mobile charging station called the Xos Hub that means fleet operators can move to electric transport options without having to wait for the installation of permanent support infrastructure.

The Xos Hub launches under a new division called Xos Energy Solutions, a kind of one-stop-shop for the electrification of commercial fleets that includes an on-demand infrastructure-as-a-service platform called Xos Serve, which offers such things as site evaluations, energy storage development and energy management services.

The mobile charging station operates in a similar, if less capable, fashion to Porsche’s track day charging solution announced last year. It’s housed in a standard 18-wheeler trailer and can be deployed quickly to any location with vehicle parking available, taking up the space of about two parking spots. Its internal battery is able to charge up to five vehicles simultaneously via CCS1 connectors.

Between charges, its internal batteries can be slowly juiced up from the grid, and Xos says that the trailer can be integrated into existing electrical infrastructure without the need for special permits, or additional costs associated with construction. The solar array on the roof can feed into the charging system too, though is primarily there to power cloud-enabled control and safety systems.

The Xos Hub is reported currently available for standalone lease, or can be optioned into the company’s “Fleet-as-a-Service” package.