Where to fix a bike on your own in Bratislava 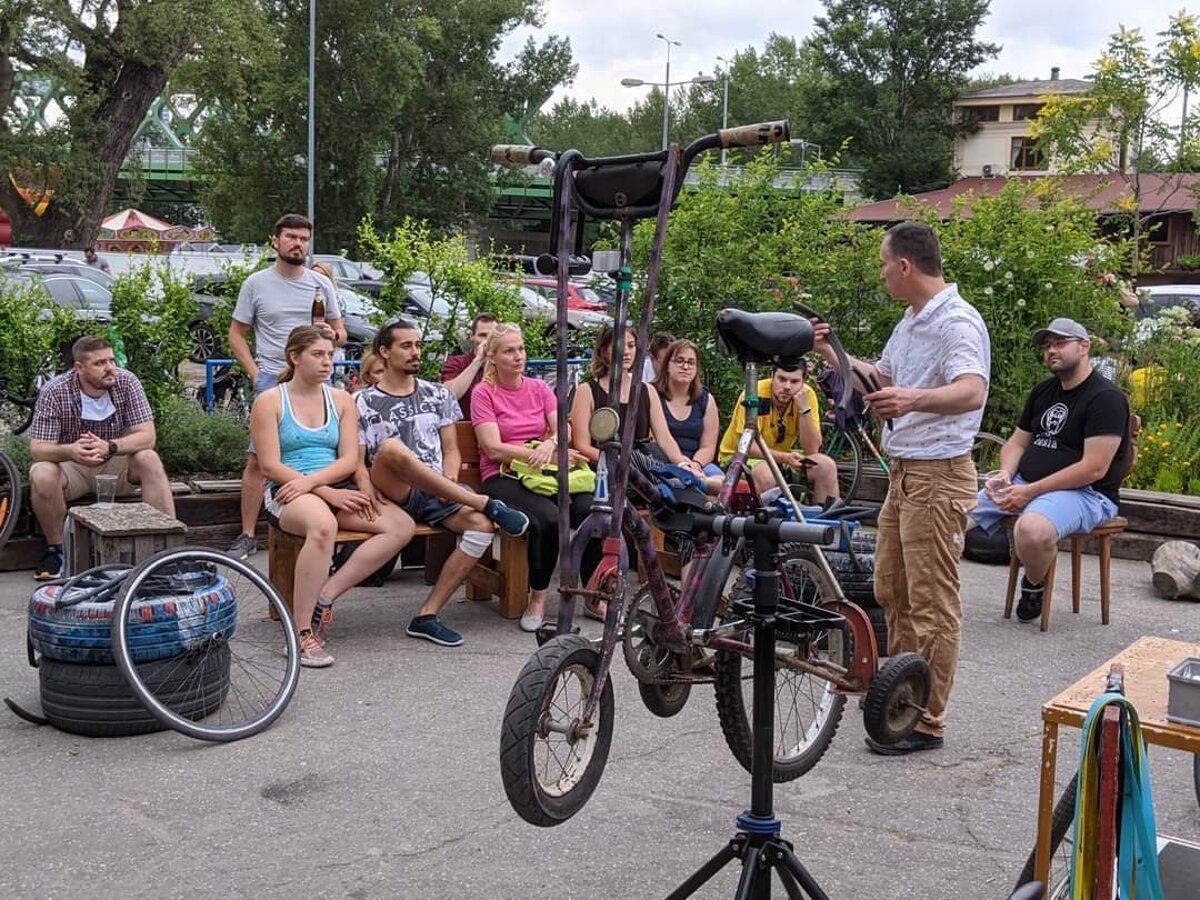 Bikers are eager to share their expertise for fixing bikes.

“I want to ride my bicycle, I want to ride my bike” sings Freddie Mercury with his unmistakable voice in the song Bicycle Race by the band Queen. But what to do if the bike has a flat tire or needs to have its brakes checked after the winter break? There are several ways to deal with this in Bratislava. A biker can either take their bicycle to a specialised service to get it fixed for a fee, or head to a self-help workshops. Bike enthusiasts are eager to teach how to maintain a bike or fix it.

The oldest self-service bicycle repair shop in Bratislava has been operating on the Petržalka side of the Danube in the car park next to the Old Bridge since 2011. The reason why a group of enthusiasts founded the Cyklokuchyňa (Bike Kitchen) and continues to operate is simple – they want more bicycles to ride around the city.

“We think it’s one of the best sustainable modes of transport in the city,” Samuel Dudlák from the Cyklokuchyňa told The Slovak Spectator.

They took inspiration for Cyklokuchyňa from the “bike kitchens” model operating abroad. Unlike a traditional bicycle service, they run a shared workshop. The fundamental difference is that those who are interested repair the bike at Cyklokuchyňa themselves. Here they will find all kinds of tools for most bicycle repairs as well as basic spare parts for a voluntary contribution.

“Of course, we can advise or help with anything, but our primary goal is to teach people how to fix their bikes themselves,” said Dudlák. “Like this they build a relationship with the bikes themselves, but also with DIY or do-it-yourself culture.”

Another self-help workshop, CykloDielňa BANM, is located near the library at Pionierska 12 in Nové Mesto borough. The workshop was founded in 2014 by a group of volunteers, who managed to raise money from the participatory budget of this borough and the library space to start the project. Every Tuesday afternoon, they provide space, tools and assistance in repairing bicycles, as well as advice on bicycle transport.