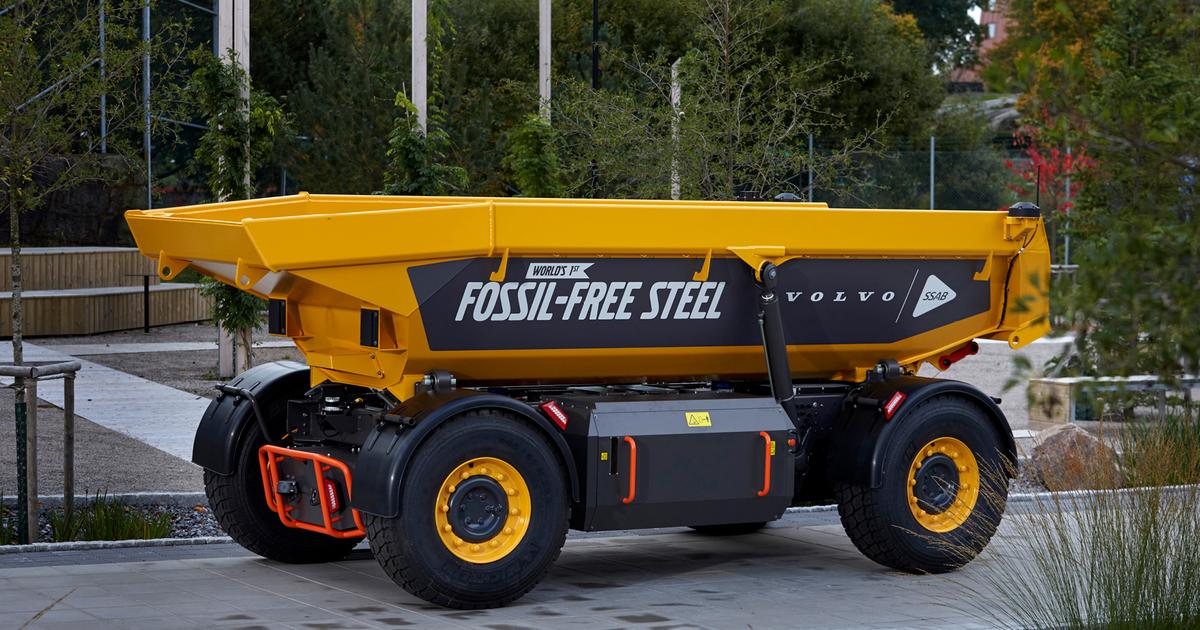 Back In August we saw the world’s very first “fossil-free” steel delivery make its way to Volvo in Sweden, marking a significant milestone in the shift toward renewable energy. Volvo has now fashioned this into a lorry that is both a load carrier for mining operations and beacon of greener vehicle construction, with production slated for next year.

The fossil-free steel that forms Volvo’s new load carrier is made by Swedish outfit SSAB, and the production process involves a few key tweaks in the spirit of sustainability. The method uses hydrogen instead of coal and coke as a reductant, and the coal-fired blast furnace traditionally used in steel production is replaced with an electric variant running on renewable energy. The iron ore used comes from “fossil free” mining operations, according to Volvo.

The result is a metal with exactly the same characteristics as standard steel, but produced without using fossil fuels. SSAB plans to begin producing its fossil-free steel at scale in 2026, while Volvo plans to have an entirely climate-neutral business by 2050, including its supply chain. As it stands, steel production accounts for 7 to 8 percent of global anthropogenic carbon emissions.

In the meantime, the pair have shared the early fruits of their collaboration, rolling out a load carrier for use in mining and quarry operations. According to Volvo, this concept will be followed by a small-scale series production in 2022, and mass production some time after that.

“Having the world´’s first actual vehicle made using SSAB´’s fossil-free steel is a true milestone. Our collaboration with Volvo Group shows that green transition is possible and brings results,” says Martin Lindqvist, President and CEO at SSAB. “Together, we will continue reducing climate impact all the way to the end customer while ensuring that our customers get high-quality steel. We look forward to continuing to work with Volvo Group in research and development to produce more fossil-free steel products.”

You can check out the promo video below.

Nissan adventure van rolls through the wild like a mobile ecolodge