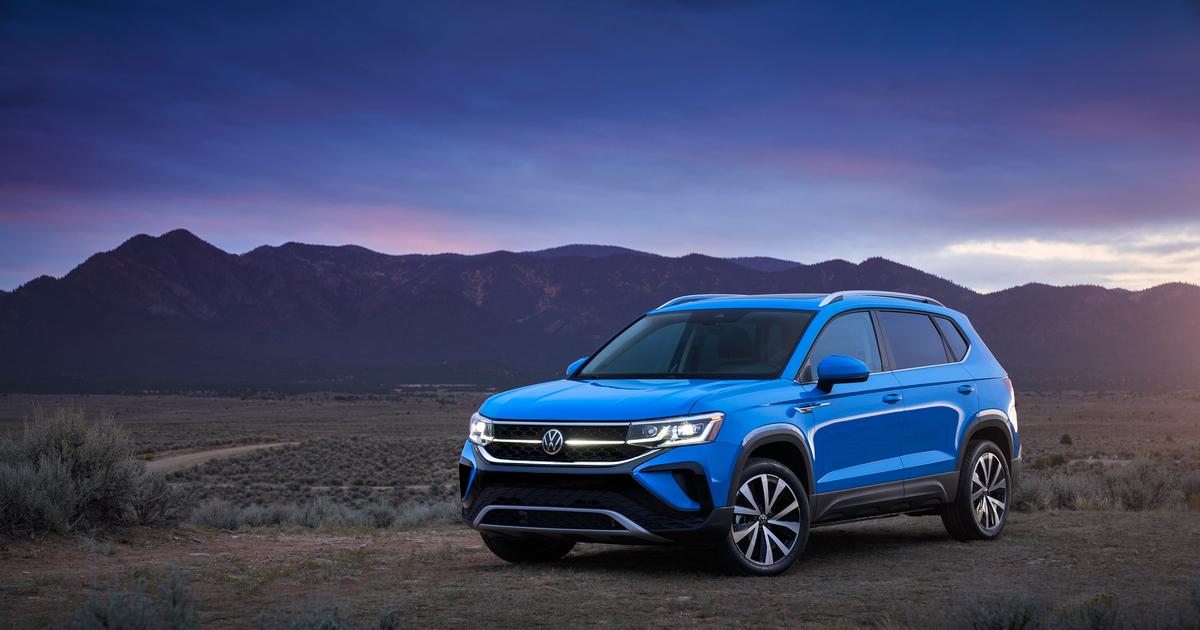 If America’s appetite for SUVs ever starts to subside, automakers won’t know what to do with themselves for a while. Because right now they’re going full-throttle ahead developing SUVs and crossovers of every size and sub-size. Every time we think we’ve seen the last utility vehicle from a given marque, it manages to squeeze another between, below or above the SUV line already on show at its dealerships. For Volkswagen, that’s the new Taos, an entry level compact SUV with turbo power, a wide-stretched LED lighting signature and the latest digital goodies.

Volkswagen of America has been on a particularly hot SUV tear, having just introduced the ID.4 electric crossover a few weeks ago and launched the Atlas Cross Sport earlier this year. And it’s not hard to see why. The company explains that more than half of 2020 US vehicle sales have been SUVs. Compact SUVs represent the biggest piece of that SUV pie, and VW wants to make sure it has something just the right size.

Styling-wise, the Taos borrows more heavily from recent VW debuts than from its closest brother the Tiguan. The ID.4 lends the idea of LED headlamps connected to the VW emblem by a thin light bar, while the larger Atlas models inspire the stouter styling with squarish wheel arches. The Tiguan does lend its long, level character line.

The Taos does its work via a 158-hp 1.5-liter version of the EA211 turbo four borrowed from the Jetta. That engine pairs with an eight-speed automatic in FWD spec and a seven-speed DSG dual-clutch in 4Motion AWD guise. The available IQ.Drive suite of driver-assistance tech kicks in features like forward collision warning with auto braking, lane keeping system and adaptive cruise control with stop/go.

When an automaker actually has to start off its description of an entry level crossover interior with language as stiff and bland as “modern design and premium fit and finish,” you know you’re not really in for an enthralling joyride of comfort and delight. But the Taos looks pleasant enough around its five seats. The seats have a dual-tone scheme, and Volkswagen gives the slightest hint of driver bias by angling the bezel of the available 8-in infotainment touchscreen and slashed lower edge of the console surround ever so subtly toward the #1 position.

Volkswagen will build the 2022 Taos at its Puebla, Mexico plant, launching it in S, SE and SEL trims during US Summer 2021. More details and pricing will drop ahead of that launch.