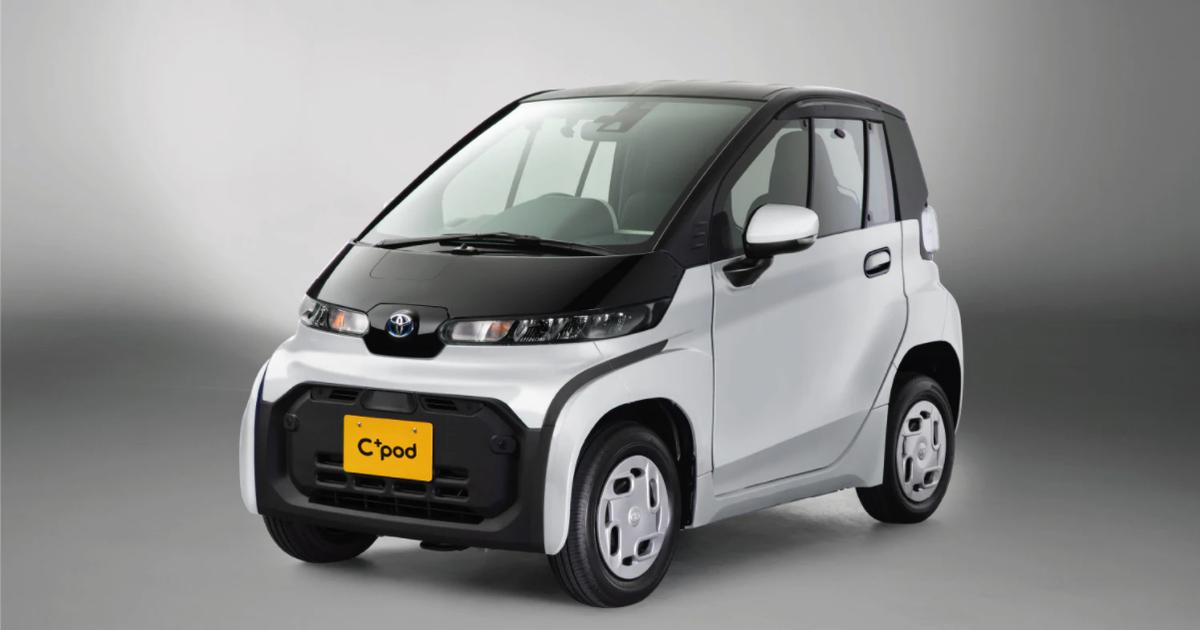 Many car trips are made with no more than one other passenger aboard, over relatively short distances at residential speed limits. Toyota’s new battery electric C+pod was designed with just such scenarios in mind.

Officially launched in Japan on Dec. 25th, the automobile was developed as part of a Toyota project that also includes battery electric vehicles (BEVs) such as the three-wheeled iRoad and the Segway-like COMS. According to the company, the C+pod is intended for short-distance urban daily use – this could include use by corporate clients who need to visit customers on a regular basis.

Looking not unlike Toyota’s existing iQ, the two-seater rear-drive C+pod is propelled by a single permanent magnet electric motor in the back, which is in turn powered by a 177.6-volt/9.06-kWh lithium-ion battery pack located beneath the floor in front of the seats. The car has a top speed of 60 km/h (37 mph) and a stated range of approximately 150 km (93 miles) per charge.

A single charge takes five hours using a 200-volt/16-amp charger, or 16 hours using a 100V/6A unit. The vehicle can also be used to provide power to homes during outages – for up to 10 hours – via an accessory power outlet.

The C+pod is being offered in two models: the base X and the somewhat fancier G. They reportedly tip the scales at 670 and 690 kg respectively (1,477 and 1,521 lb), with plastic body panels helping to keep the weight down.

Other features of both versions include front strut coil spring and rear torsion beam coil spring independent suspension; LED head- and tail lights; a Pre-Collision Safety System that detects other vehicles, pedestrians and bicycles; and a sonar-based system that helps to avoid collisions with walls or other stationary objects at low speeds.