The Hummer EV shows off its 8 best off-road talents 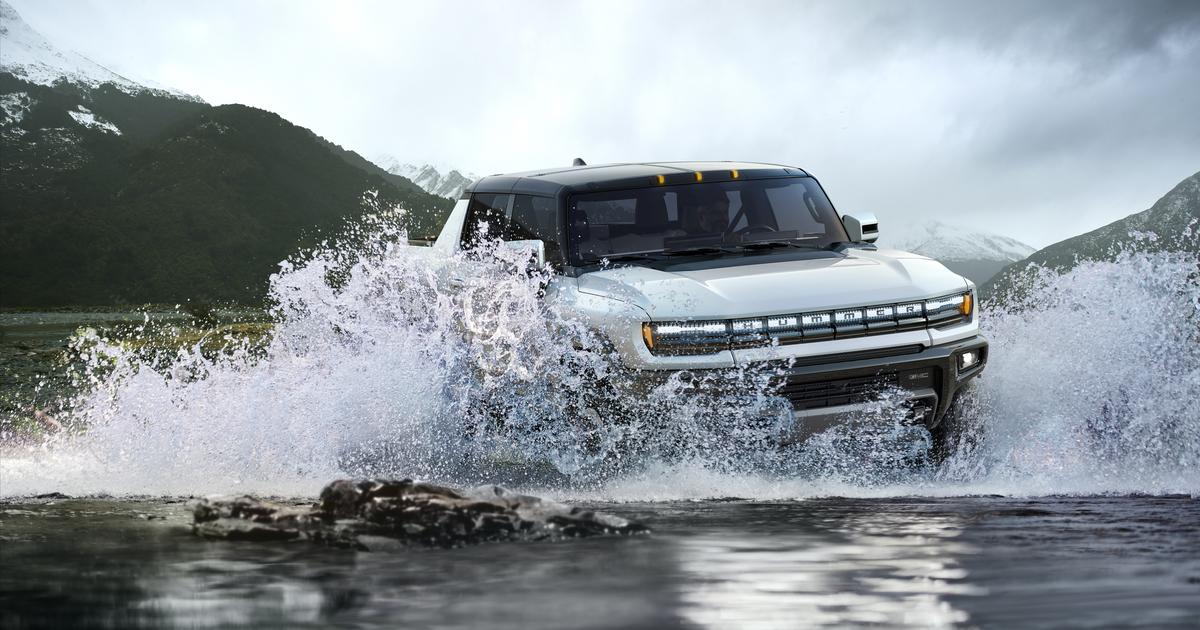 From bumpy, ungraded job site approaches, to slow, meticulous boulder crawls, electric powertrain technology is on the verge of entering off-road outdoor expanses in a big way: the Rivian R1T, the Bollinger B2, the Cybertruck, the Neuron T/One. The all-new 1,000-hp GMC Hummer EV is the latest to join that group of all-electric pickups, and like the original Hummer H1, it’s designed with off-roading top of mind. The off-road feature suite starts with a 350-mile (563-km) range robust enough to make drivers confident in leaving the pavement behind and keeps on going. Here’s a full-motion look at how that suite can bring a little order to the unpredictable chaos of off-roading.

CrabWalk is the feature that GM has been touting for months of teasers, and it’s well worth the hype … or it could be if you ever find yourself in a tight spot that you can’t quite steer and accelerate out of. CrabWalk takes advantage of the Hummer EV’s four-wheel steering system and the low-speed capability of the e4WD electric powertrain, angling the front and rear wheels up to 10 degrees in the same direction and slowly powering them so that the truck moves diagonally around or between obstacles. It’s not something drivers are very likely to need on a daily basis, but when they do, it could be a lifesaver. Also, it’s just kind of cool to watch:

“Extract Mode” made us initially wonder if the new Hummer would be able to use its e-drive to somehow winch itself free when it becomes immobilized, but the to-be-added mode is just a fancy name for the extreme end of the truck’s adjustable-height air suspension. Upon the driver’s command, the suspension lifts up to maximum height, providing just shy of 16 inches (40 cm) worth of ground clearance to leave behind rocks and debris that would otherwise scream across the skid plates or render the whole truck stuck (without that cool self-extraction winch system GM never actually created). That lift boosts the Hummer’s approach/departure/breakover angles to a Wrangler Rubicon-besting 49.7/38.4/32.2-degree split while giving it the ability to splash and frolic through up to 32-in (186-cm) waters.

The Hummer EV may not be able to serve as its own winch, but it can serve as its own spotter, eliminating the need to have someone outside the truck provide guidance when the driver can’t see beyond the edge of the hood. Front and underbody cameras combine to give the driver eyes on terrain not visible out the windows, helping to pilot around obstacles and keep the wheels on the most solid, stable ground. The cameras are ruggedized for off-road use and equipped with a wash function to keep dirt and debris out of the lenses.

Hummer EV drivers won’t be charging once they get out onto the trail, but they will want to have as much battery power as possible before leaving pavement. The Hummer’s 800-V/350-kW DC fast-charging capabilities with parallel-to-series battery switching should allow charge stops to be as quick and painless as possible, adding 100 miles (161 km) worth of range in around 10 minutes. Grab breakfast while hooked up and get out there with all the battery power bars fully lit.

The Jeep Wrangler has fast gotten some company in the “serious 4×4 with open-air capability” sliver of the SUV market. First the Ford Bronco, now the GMC Hummer. The Hummer EV’s “Infinity Roof” already delivers clear views through its transparent Sky Panels, and when the driver and crew start yearning for the complement of fresh air, the panels remove and store away conveniently in the frunk. With the quieter operation of the electric powertrain, occupants should be able to hear more of the sounds (or silence) of nature.

The Hummer EV has three motors, so it doesn’t have independent motor control at every wheel, but with the front e-locker and rear virtual locker, it can muscle its way out of slick situations in which one or more tire is spinning freely. The driver activates the front locker on demand, locking the two front wheels to move at the same speed. So instead of the torque being lost to the wheel spinning in snow or air, the wheel with traction will get up to 100 percent of the torque to push the vehicle forward. The torque-vectoring rear differential relies on the two separate motors to vary torque to each wheel to optimize traction, including locking the two wheels together at the same speed. The front locker is demonstrated in the clip:

The idea of scraping the chassis of your US$100,000 truck is never a welcome one, but it’s exponentially less welcome when that chassis houses a 24-module 350-mile (563-km) battery pack. That’s why GM sandwiches the battery between two shear panels and protects it and other exposed vital componentry with a series of five skid plates, to the point the truck’s underbelly looks like one big sheet of metal.

Beyond its role in CrabWalking, the Hummer’s four-wheel steering can turn the rear wheels slightly in the opposite direction of the front wheels to shorten the turning radius from 44 ft (13.5 m) to 37 ft (11.3 m). And anyone who’s ever found themselves staring at the possibility of having to back out from the dead-end of a narrow trail that threads its way through rocks or trees knows how valuable a shorter turning radius can be. The system doesn’t require full turnaround to benefit the driver, increasing maneuverability during low-speed driving on and off road.