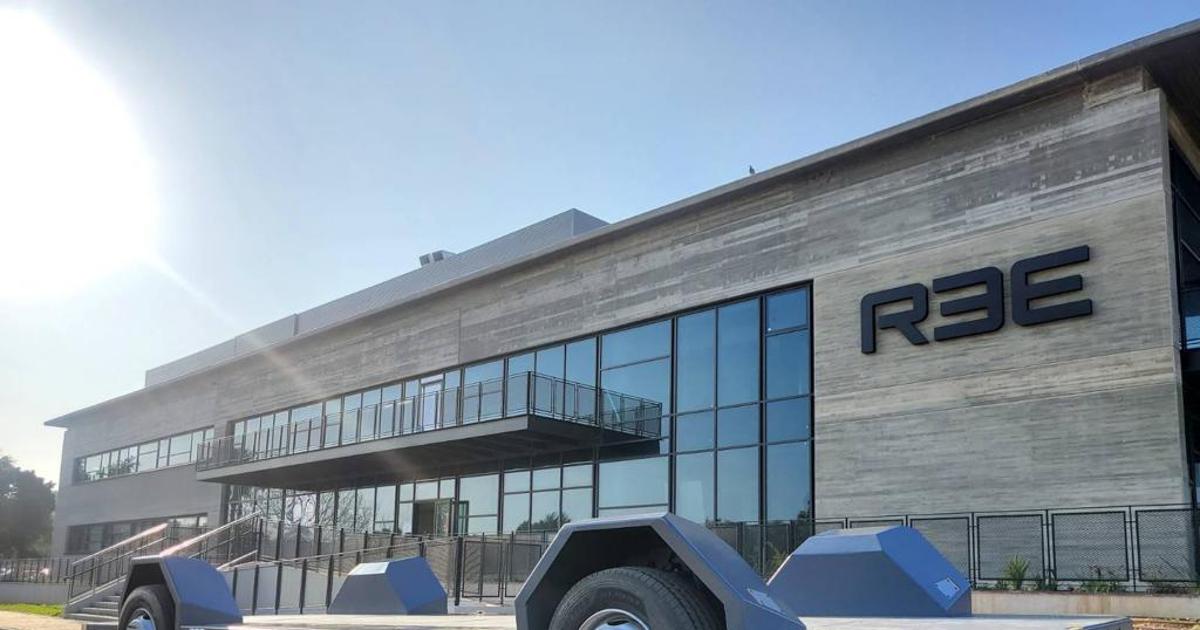 REE’s hyper-modular EV chassis looks like little more than a flat-bed trailer, but it’s the entire guts of an electric vehicle in a single, radically modular package. It stores a surprising amount of energy in a super-thin skateboard, and squeezes the motors, brakes, suspension, and steering into extraordinarily compact “corner units” that bolt on behind the wheels. As such, this Israeli company doesn’t make vehicles per se – it makes the flattest, most spacious EV chassis on the market, and offers it to manufacturers, who can then build more or less any kind of vehicle they like on top of it.

These drive-by-wire, brake-by-wire, steer-by-wire, everything-by-wire vehicles are fully electronically controlled, so they don’t much care whether you plonk a driver’s seat and steering wheel in them, or hand the reins to an autonomous pilot. And their ridiculously compact architecture means that whatever you put on top, you’ve got more room for cargo, passengers or whatever else you’re designing your vehicle to carry, than just about anything else available – and the wild ability to simply pull off a corner unit and replace it with a spare if it needs maintenance.

They promise a radical drop in development, crash testing and homologation costs, since all the working parts of a vehicle can be pre-approved, or at least that risk can be shared among a number of manufacturers. You just need to tell REE what drive configuration you want, what range and performance figures you’re shooting for, what kind of suspension and brakes, two or four wheel steering, that kind of thing, and then go away and build a garbage truck, or municipal bus, or delivery van, or sports car, or ice cream van, or autonomous delivery pod to stick on the back of it.

REE has landed some big fish with this bait, including Toyota, which is using this modular chassis for an entire range of electric Hino trucks, and India’s Mahindra, which is also looking at commercial vehicles. Indeed, the benefits of this approach are perhaps most readily apparent in the commercial world, where cargo or passenger capacity often correlates directly with an operator’s bottom line.

To ram the point home, REE has built a demonstration prototype, targeted specifically at delivery fleet operators looking to electrify their operations in the coming years. The new P7 platform, reads a press release, is “based on specifications from one of the world’s largest delivery companies,” and is capable of carrying up to 8,600 lb (3,900 kg) of payload. That’s some 35 percent more, says REE, than “comparable commercial vehicles” can carry now, with plenty of space for up to 30 seats if you decide to spec the top half as a bus instead of a van.

Prototypes are beginning testing, decked out with specially-designed Brembo brakes and American Axle motors among the components in their corner modules. REE will begin showing them off in the next couple of months to further potential customers, both in Tel Aviv, Israel, and at the company’s new development center in Coventry, England.

Check out a render video below, which demonstrates some of the crazy flexibility possible with this kind of chassis, including a steering wheel and pedal unit that can slide to either side of the cabin, or sit right in the middle.