Radar system could let cars see what’s around the corner 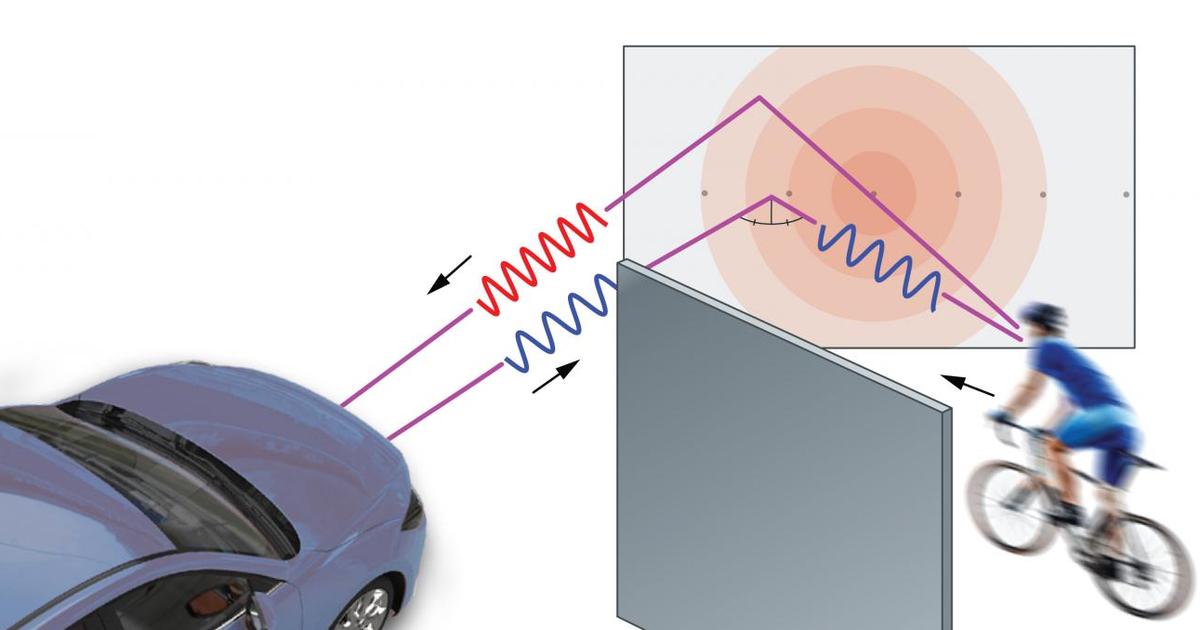 While today’s cars are getting increasingly good at detecting other vehicles on the road ahead, they can still be surprised by traffic that shoots out from intersecting streets. A new radar system could help, by letting those cars “see” around blind corners.

Developed at Princeton University by a team led by Asst. Prof. Felix Heide, the setup incorporates relatively inexpensive Doppler radar units. Mounted in the front of the vehicle, these emit radio-wave pulses that travel forward and then ricochet sideways off of stationary surfaces such as walls or the sides of parked cars – it’s not unlike the manner in which a cue ball bounces off the wall of a pool table, at an angle.

Those redirected waves proceed to travel down the intersecting street, where they’re reflected back by an object that’s approaching the intersection. A sensor on the originating vehicle detects those reflected radio waves, which are analyzed via artificial intelligence-based algorithms to ascertain the object’s velocity and direction of travel. In a real-world application, the driver – or the car’s autonomous-drive system – would then be alerted to the potential hazard.

In its current prototype form, the setup has been optimized to detect cyclists and pedestrians, due to the challenges presented by their small size and variations in shape and motion. That said, the scientists state that it could easily be adapted to also detect larger motorized vehicles.

And although we have already seen a few different systems that utilize lasers to see around corners, their power requirements are much higher than those needed by radar units. Additionally, bright sunlight can make it difficult for sensors to detect the reflected laser light.

“In terms of integration and bringing it to market, it requires a lot of engineering,” Heide says of the Princeton system. “But the technology is there, so there is the potential for seeing this very soon in vehicles.”