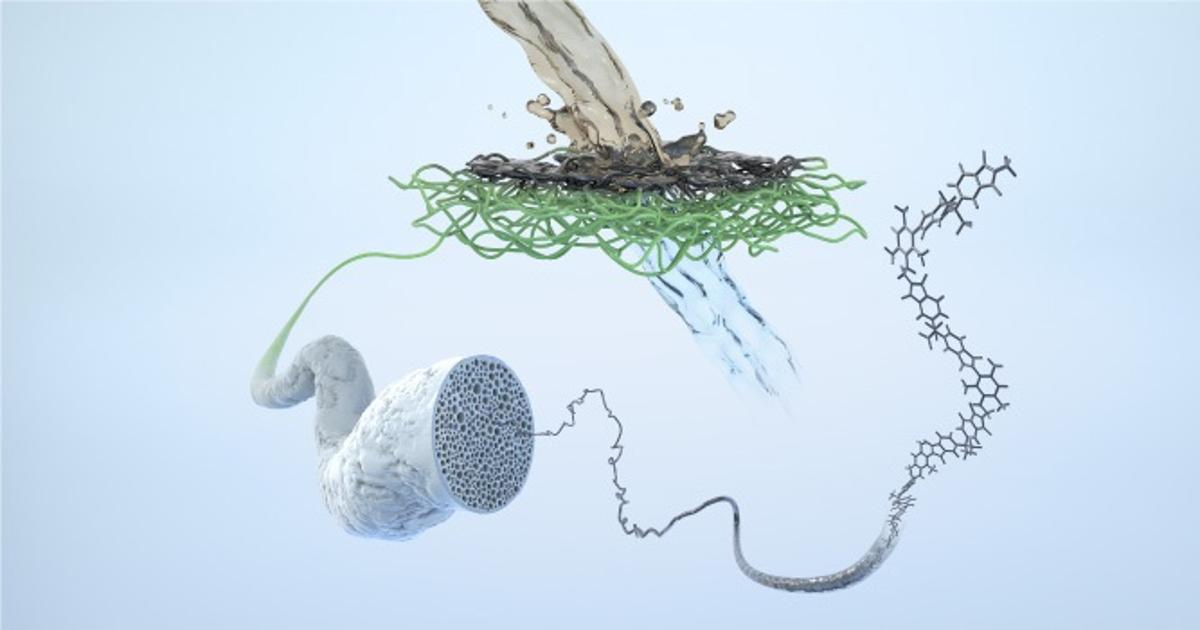 Such is the environmental devastation caused by large oil spills like the 2010 Deepwater Horizon disaster that scientists the world over are exploring new ways to contain the mess. The latest product of these efforts is a recyclable mat developed at Saudi Arabia’s King Abdullah University of Science and Technology (KAUST), which its creators say can adsorb oil with great efficiency and be used over and over again.

The technology uses a polymer by the catchy name of 6FDA-TrMPD as the starting point, which lent itself well to the team’s objectives due to its high porosity. Beginning with a solution of the polymer, the team fashioned it into robust mats through electrospinning, a technique that involves drawing the fluid through an electric field, and one we’ve seen used to create everything from dissolving tampons that protect against HIV to new capsules for health food supplements.

In this case, it enabled the team to turn the polymer solution into a highly-porous mat with a surface area of 565 square meters per gram of material (6,100 sq ft per 0.04 oz). Also integrated into the structure were water-repelling trifluoromethyl groups, which enable the material to strongly soak up liquids such as oil, while rejecting the surrounding water.

The team put its mat to the test in the lab and found that within just a few minutes of being deployed into a sample, it could rapidly adsorb between 25 and 56 grams of oil, to each gram of the polymer material. According to the team, this puts it out ahead of many similar adsorbents, with the ability to be used over and over another strong advantage.

“The sorption performance of the material is much better than many reported adsorbents, and the materials could be recycled and reused with similar performance, demonstrating their great potential for cleanup of oil spills and nonpolar solvents,” explains study author Fuat Topuz.

From here, the researchers are exploring how sustainably sourced polymers could be used to craft the mats and how they could be optimized to tackle other pollutants such as heavy metals. They are also investigating other shapes the material could take.

“In our next step, we will process these materials further to create membranes and fibrous sponges to make easily recoverable adsorbents while preserving their high performance,” says study author Gyorgy Szekely.

The research was published in the journal Environmental Science Nano, while you can see a demonstration of the material in the video below.