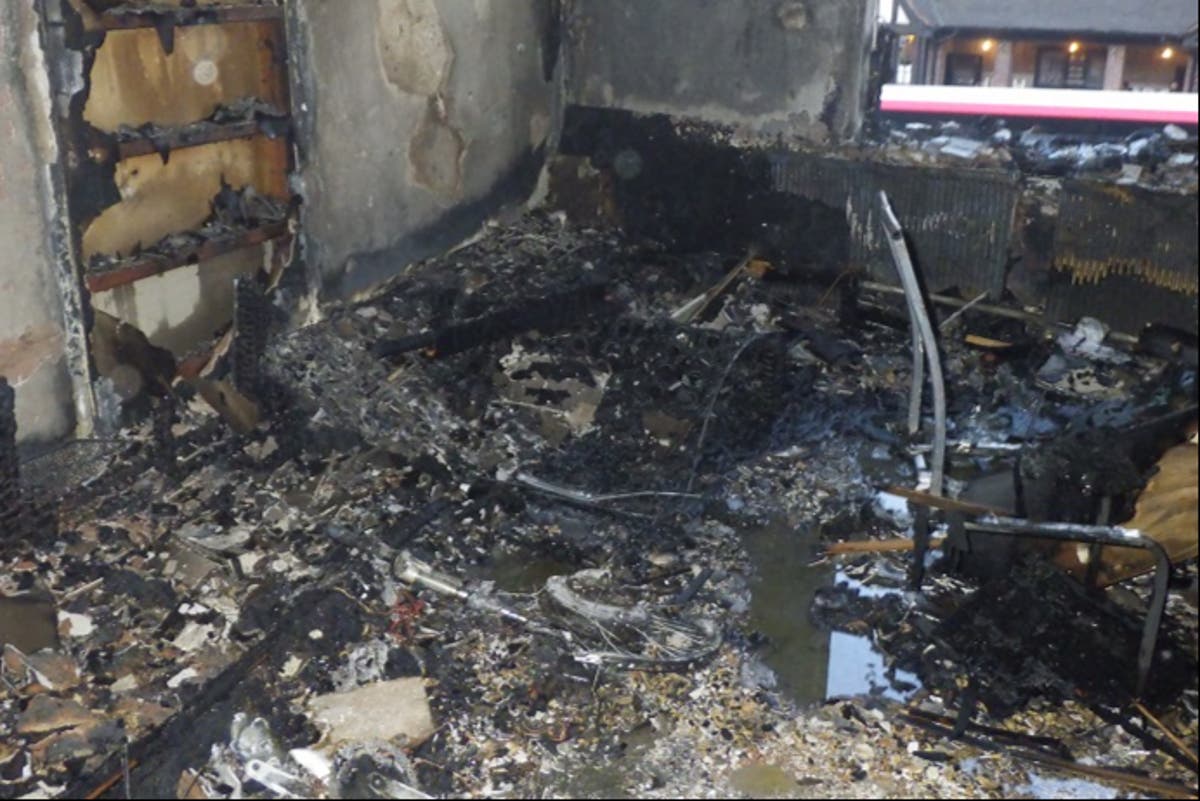 The huge jump in incidents came as the Government came under pressure to introduce rules on the safe storage of the vehicles in housing association and council-owned homes.

The transport using lithium-ion batteries – which are prone to overheating if incorrectly charged – have been banned from all parliamentary buildings.

E-scooters can not be taken on the Tube or London buses following several alarming blazes.

But there are concerns at the lack of official fire safety advice for homes, despite e-scooter batteries being blamed for at least five residential fires in London this year – in Brixton, Leytonstone, Newham, Willesden and West Drayton.

Figures obtained by the Standard from the London Fire Brigade show it was called to 104 fires involving lithium batteries last year – 44 from e-bikes, 28 from e-scooters and 32 other incidents, including mobile phones, laptops and cases where the e-scooter or e-bike was not identified.

This was four times as many as the 26 recorded in 2020. There have been a further 29 lithium battery fires this year, including 17 e-bikes.

Lib-Dem MP Tim Farron and London Assembly member Hina Bokhari have written to fire safety minister Lord Greenhalgh urging a public safety campaign around the safe storage and charging of the batteries, and discouraging their purchase from disreputable suppliers.

Ms Bokhari, a member of the assembly’s fire, resilience and emergency planning committee, said: “Unless action is taken I fear that before long there will be a horrific fire in a home or block of flats involving the loss of lives.

“If Parliament decides e-scooters and e-bikes are a fire risk within their own buildings that should be a powerful wake up call that greater safety measures are needed everywhere. Parliament is protecting itself – it must now take steps to ensure it protects the public.”

MPs and their staff have been told: “E-bikes, e-scooters and/or detachable battery packs must not be brought into any parliamentary building for charging or any other reason. This is to prevent the potential fire risk poster by e-scooter or e-bikes.”

Transport for London banned e-scooters from the Tube last December. Mayor Sadiq Khan said e-scooters and e-unicycles were banned from the new City Hall and all fire brigade buildings.

A London Fire Brigade spokeswoman said: “The brigade has already issued several urgent safety warnings over concerns about a spike in fires involving electric bikes and private e-scooters and regularly highlights incidents and issues safety advice to keep people safe if they own one.

“Electric bikes and scooters are often stored and charged in escape routes or communal areas so when a fire does occur, escape routes are blocked which immediately makes an already serious situation much more frightening, so we’re urging people to be mindful of where they’re storing them.

“Many of the fires we are seeing involve batteries which have been sourced on the internet, which may not meet the correct safety standards. We know that lithium-ion batteries are susceptible to failure if incorrect chargers are used, so it’s important to always use the correct charger for the product and buy an official one from a reputable seller.”

Home Office minister Rachel Maclean, in a written answer to Mr Farron last month, said it planned to update fire safety advice “over the next year” alongside changes required by the Grenfell tower inquiry recommendations.

A Department for Transport spokesman said: “The risks associated with lithium-ion battery packs in e-bikes are well understood and numerous technical measures are in place throughout the life cycle of an e-bike lithium ion battery to ensure their safe and compliant use.

“Regulations in place to ensure their safety include: safeguards at the design stage, testing of complete battery packs and clear requirements for battery usage to be included in the e-bike user manual, including specific information about charging.”