Ford revealed the third-generation, 2021 F-150 Raptor on its YouTube channel on Wednesday and claimed it’s not only the most capable but also the most connected Raptor yet. The Blue Oval also teased a more-capable model called the Raptor R that is coming later in 2021.

Inspired by desert racing trophy trucks, the Ford F-150 Raptor has always been about off-road capability, and the next Raptor will be more capable than ever thanks to a new coil-spring rear suspension, more suspension travel, available 37-inch tires, and the new-generation F-150’s stiffer platform. 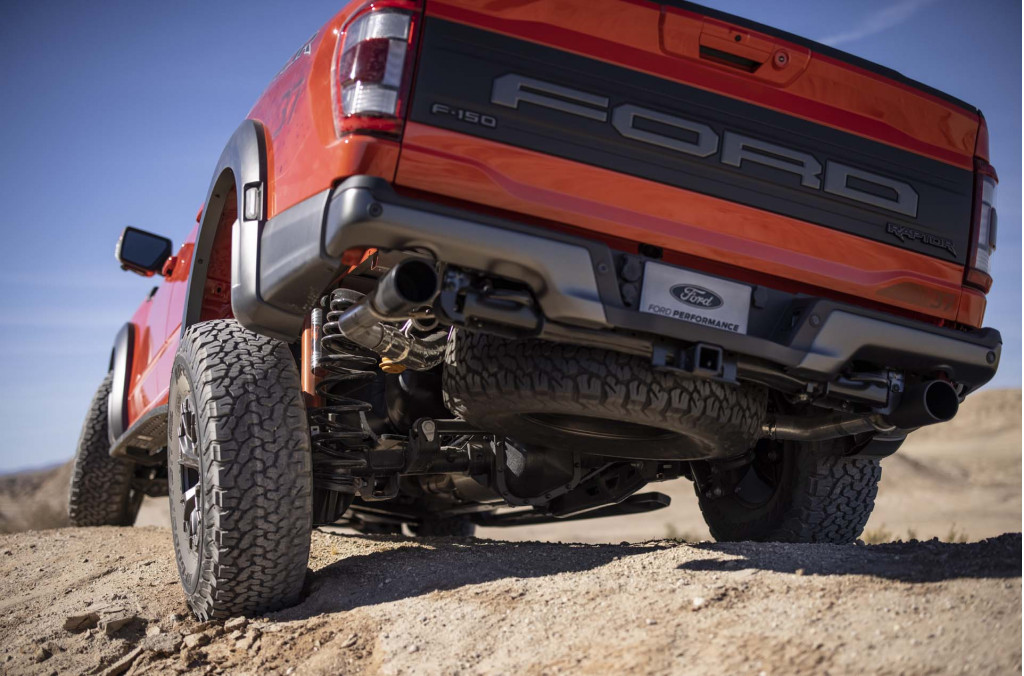 The capability starts with the 2021 F-150’s boxed ladder frame that has been reinforced for the rigors of high-speed off-roading. Up front, it has taller, stronger shock towers and a lower front axle location. At the rear, it gets stronger brackets for the trailing arms, Panhard rod, and shocks, plus a Raptor-specific trailer hitch.

The Raptor also features new Fox internal bypass shocks with twice the compression control, thicker bodies, a thicker center shaft, nine damping zones, and the ability to adjust 500 times per second. The shocks in Raptors with the available 37-inch tires will be unique and will lose about 1 inch of suspension travel.

Speaking of the 37s, they’ll increase the ground clearance by 1.2 inches, increase the approach angle by 2.3 degrees to 33.1 degrees, and improve the departure angle by 2.2 degrees to 25.1 degrees. You’ll also likely need a stool to climb inside. Other Raptors will have 35-inch tires and all will use BFGoodrich all-terrain TA KO2 tires.

Under the hood, the Raptor will feature the high-output version of Ford’s twin-turbo 3.5-liter V-6. Output has not been announced, but it should improve upon the last-generation’s 450 hp and 510 lb-ft of torque. Rumors of a potential V-8 engine could have been spurred by the tougher sound Ford achieved with its new exhaust system, which has four sound modes: Quiet, Normal, Sport, and Baja. However, Ford has confirmed that the upcoming 2022 Raptor R will get a V-8, though we don’t yet know which one. Ford says the 2021 Raptor’s V-6 will deliver better acceleration thanks to the coil spring suspension and provide more than 500 miles of range from its 36-gallon fuel tank.

The engine is mated to a 10-speed automatic transmission and comes standard with four-wheel drive with low-range gearing. The truck has standard electronic front and rear locking differentials and is available with a Torsen front limited-slip differential. Max payload is up 200 pounds to 1,400 pounds and max towing also increases 200 pounds to 8,200 pounds.

The Raptor will come standard with Trail Control, an off-road cruise control that can be set from 1-20 mph, and Ford’s Trail One-Pedal Drive system that lets drivers use only the throttle pedal for tricky off-roading and when the foot goes off the throttle the system reads it as a need to brake.

Like other F-150s, the Raptor uses an aluminum body, but this one has fenders that are 6.0 inches wider. The design is new versus the second-generation truck. The lone body style is the SuperCrew with a 5.5-foot bed and a 145.4-inch wheelbase. Parts of the design were inspired by another Raptor, the F22 Raptor fighter plane. They include a hood heat extractor, functional side vents on the front fenders, and one of two available graphics packages. Other elements of the new design include a headlight-to-headlight black mesh grille, a pronounced front skid plate, LED light blades, and available Rigid-brand fog lights.

Inside, the Raptor gets the Sync 4 infotainment system with a 12.0-inch center touchscreen and wireless Android Auto and Apple CarPlay compatibility, the aforementioned 12.0-inch digital instrument cluster, available Recaro bucket seats, and standard aluminum and available carbon-fiber trim. Over-the-air updates will keep the infotainment current and could evolve to include things such as sharable trail maps.

The 2021 Ford F-150 Raptor is due in dealers this summer. Expect pricing and power output information closer to launch. We’ll also keep readers up to date on any information that emerges about the even crazier Raptor R, which could rival the 702-hp Ram TRX for power. 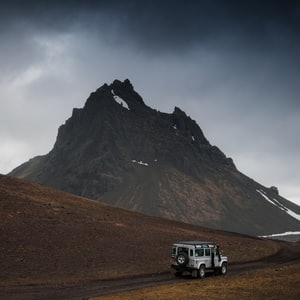