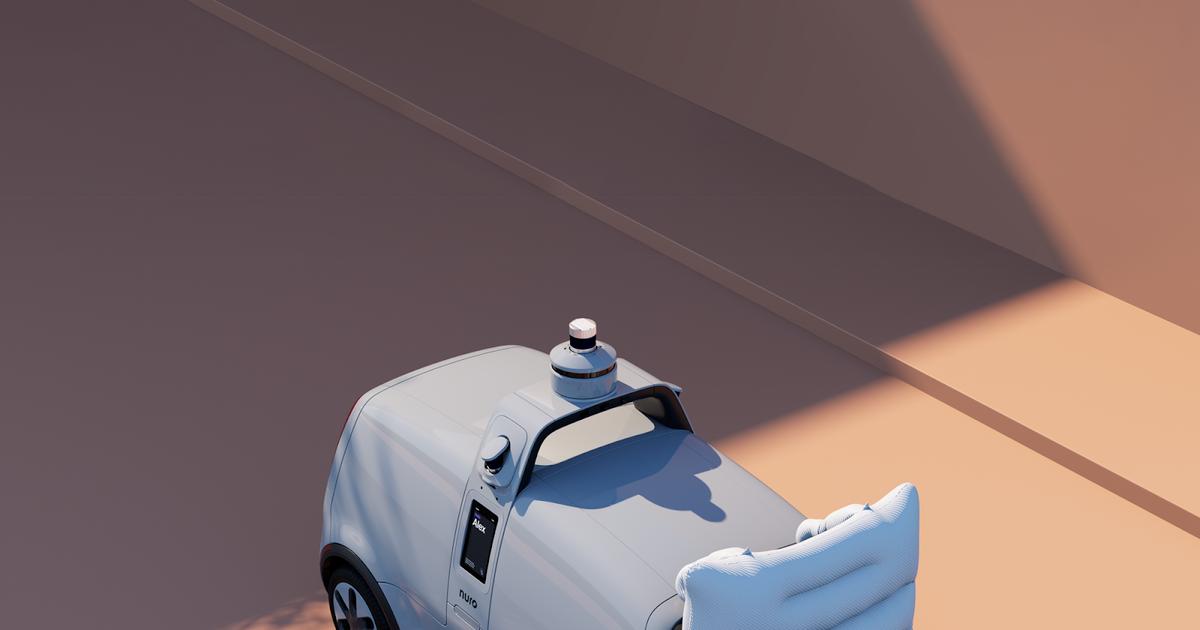 We first became aware of the little delivery bot back in 2018, after Nuro got a healthy Series A funding bump to develop the autonomous pod. The second prototype was unveiled the following year and the company has been trundling towards deployment ever since – most recently partnering with convenience store chain 7-Eleven to launch an autonomous delivery service in California.

Though that service will make use of a fleet of Prius hybrid vehicles with safety drivers ready to take the wheel, driverless R2 pods are expected to take over at some point. And now Nuro has revealed the design for the next generation – which is being readied for scale production.

Though no details have been given, the 3rd-gen vehicle will likely employ the same kind of LiDAR, radar, 360-degree camera and ultrasonic sensor technologies as the current model. But this new version will be able to clean its own sensor suite as well.

The new vehicle will be able to roll quite a bit faster than the previous generation too, at up to 45 mph (72 km/h), but will likely be moving a lot slower when people are around. Should the unthinkable happen and the pod is involved in a front-on collision, an external pedestrian airbag will deploy to reduce impact force. Whether that will make any real difference to the outcome is something of an unknown of course, and will likely depend greatly on vehicle speed at impact – but it is something.

Nuro says that its fleet is to be powered using 100 percent renewables energy from wind farms in Texas, and the vehicles will be built materials that “adhere to strict sourcing and supply chain standards meant to protect the natural environment.” In order to accommodate more business uses, it’s designed for all-weather use too.

The cargo compartments are able to take up to 24 bags of groceries over a total compartment space of 27 ft3, at a weight of almost 500 lb (that’s up from around 18 bags in the R2), and modular inserts can cater for deliveries of hot or cold food. Customers will interface with the vehicle via a large touchscreen display panel, which should also allow the company to create new “curbside commerce experiences such as mobile marketplaces.”

Nuro announced plans to build a new manufacturing facility and test track in southern Nevada last year, and has now partnered with BYD North America “to assemble globally sourced hardware components for the vehicle platforms” in California and Nevada and produce “the tens of thousands of vehicles we’ll need to be able to serve neighborhoods across the country.” Nuro reports that pre-production has started.