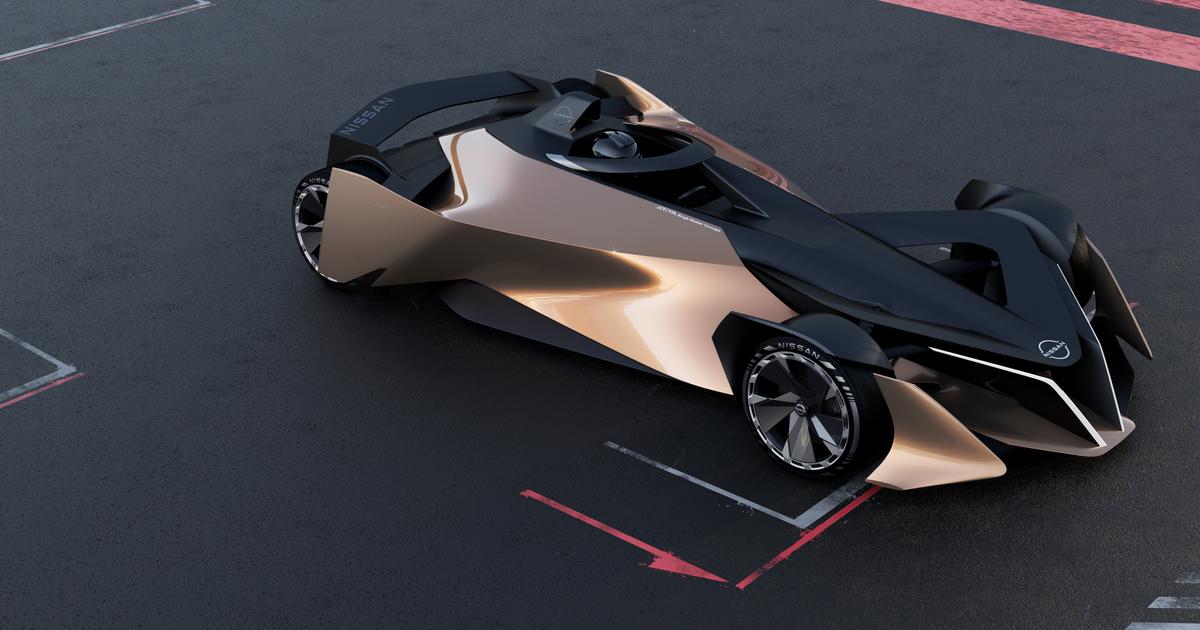 Nissan has unveiled a high-performance conceptual electric vehicle called the Ariya Single Seater Concept at the Nissan Futures event in Japan. The project demonstrates how an all-electric road car powertrain could be used in a custom-built racing car chassis.

“With this concept we want to showcase the high-performance potential of the Ariya’s powertrain in a motorsports-inspired package that not only hints at the design and styling of the road car that inspired it, but that also demonstrates a new and efficient EV performance language,” said Juan Manuel Hoyos, Nissan global marketing divisional general manager. “Acting as a testbed for future technological evolution, this project can help bring excitement from the road to the race track, and also demonstrate Nissan’s expertise in transferring knowledge and technology from the race track to the road.”

The design cues for the Single Seater Concept come from the 2022 Ariya SUV being “shaped by the air itself” –Nissan’s conceptual design language for electric vehicles. Making heavy use of carbon fiber, the Ariya racecar takes that flowing concept further. Many of the underpinnings of the concept car are also from Nissan’s ABB FIA Formula E World Championship team, where Formula racing with electric powertrains is world class competitive.

As a visual concept, it’s clear that the Ariya Single Seater Concept is roughly in the Formula arena, though clearly not compliant with current rule sets. As a design concept, most of the effort is on exterior and “what if?” rather than real-world application, but the Ariya concept is definitely an interesting look at the potential for electric vehicle racing in the near future.

“Nissan competes in Formula E not only to race on track, but also to support the development of compelling electric vehicles for customers,” said Nissan global motorsports director, Tommaso Volpe. “Our EV programs inform our Formula E program and vice versa, allowing for road-to-track technology transfer as well as track-to-road. The Nissan Ariya Single Seater Concept explores the combination of the all-electric powertrain, dual motors and revolutionary all-wheel drive system of the Ariya with a pure single seat racing chassis – a powerful demonstration of just how thrilling electric vehicles could be.”