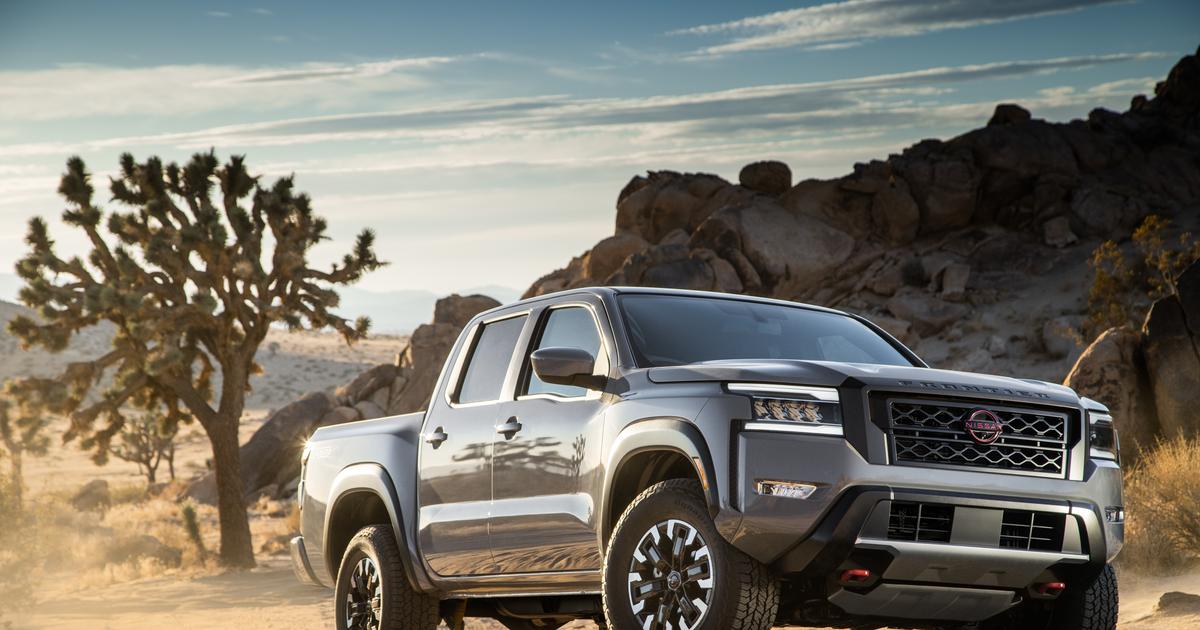 Nissan started the small pickup truck revolution in the United States in 1959, with the introduction of the Datsun 220, and has since introduced firsts to the market in that category. The 1985 introduction of the Nissan Hardbody, replacing the Datsun 720, was a big step forward for the brand. Because of that, Nissan decided to pay homage to the long-lived Hardbody with this new design, which features a prominent grille and strong body lines.

The automaker was the first in the small pickup truck segment to introduce a four-door (Crew Cab) model and a factory-applied spray-in bed liner. Via Datsun, it also offered the first import-branded small pickup to be made in the US – the Frontier. Continuing that trend of firsts, Nissan still makes the Frontier in its Mississippi production facility, and adds moving object detection to its 360-view monitor as well as a new off-road mode for the 360-degree camera system. This is a first for Nissan, debuting on the Frontier, and follows standard forward collision warning and several other options for improved on-road safety.

On unveiling the truck, Nissan used adjectives like “massive” and “precision” to describe design elements for the 2022 Frontier. From the “massive grille and chiseled hood” to the “precision interlocking headlights” and “massive vertical fenders,” it’s clear that the new Frontier has undergone a serious overhaul. The underpinnings, especially the frame and chassis, are much like the previous-generation Frontier, however, retaining the capability of that long-lived model.

Most onlookers of the new Frontier will see many elements shared with the larger Titan pickup truck, especially in the front fascia, grille, and rear quarter. Doors and cabin area, while definitely Nissan truck in appearance, are more rounded and sporty like the previous-generation Frontier. New body colors will include titles like Tactical Green Metallic, Baja Storm and Boulder Gray Pearl.

Nissan plans to keep the trim lineup for the 2022 Frontier largely the same as the current, with the base model still being the S followed by the SV (available in standard and long bed), and the Pro-4X off-road model. Added will be a model equipped similarly to the Pro-4X but without four-wheel drive, called the Pro-X. King Cab models will have a 6-foot (1.8-m) bed as standard – that bed will be optional on some Crew Cab models, which have a 5-foot (1.5-m) bed as standard.

Every 2022 Nissan Frontier will use the 3.8-liter V6 engine introduced in 2020. This new engine offers 310 horsepower (231 kW) and 281 pound-feet (381 Nm) of torque. A new nine-speed automatic transmission mates to that engine and includes a high-response, electro-hydraulic system for better shifting and a 99 percent wider gear range when compared to the outgoing 5-speed automatic featured in the 2019 Frontier.

The working bed of the 2022 Nissan Frontier can still have factory-installed spray-on bedliner, the Utili-Track Channel System for cargo tie-downs, and so forth. A damped tailgate is now standard on the 2022 Frontier, as are two standard stop lamps. Available LED cargo bed lights add more functionality.

Infotainment in the 2022 Frontier consists of a 9-inch color touchscreen with Apple CarPlay and Android Auto as standard. A 7-inch driver information display centers the instrument cluster to provide more information quickly while driving. Nissan greatly simplified the center stack in the new Frontier, reducing the number of buttons and making switchgear more accessible.

Nissan says that more than 85 Nissan and NISMO branded accessories are available for the 2022 Frontier, with more on the way. Details such as EPA fuel economy ratings and pricing will be coming before the new Frontier launches into showrooms mid-year 2021.

Alongside the debut of the new Frontier came the unveiling of the 2022 Nissan Pathfinder. The storied SUV-cum-crossover has been reinvented to improve its user experience. The Pathfinder will continue with its proven 3.5-liter V6, which is now mated to a nine-speed automatic transmission similar to that in the Frontier. This combination improves towing to a maximum 6,000 lb (2,722 kg).

The 2022 Pathfinder will also continue to offer true four-wheel drive via a multi-speed transfer case with 7-position drive and terrain selection for the driver. Upgrades for the Nissan Pathfinder include a new design, seating for up to eight, and an all-new 10.8-inch head-up display on some models. Its MPG, suggested retail pricing, and other details will be released closer to its mid-2021 release.