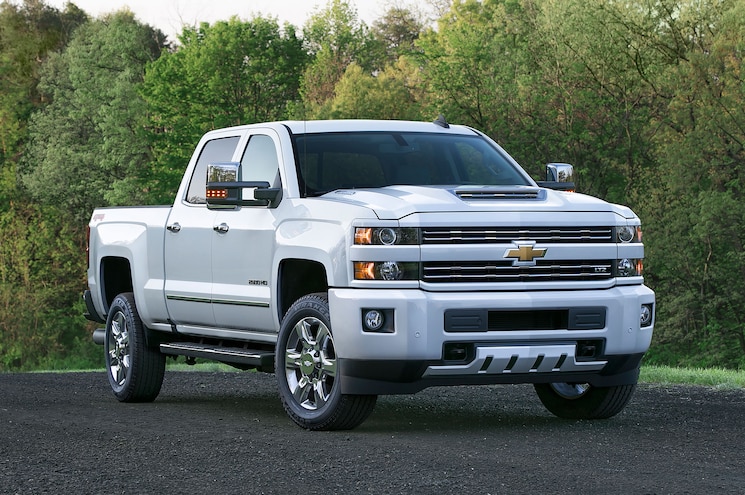 General Motors got the diesel truck enthusiast world’s attention earlier this week when it revealed the face of the 2017 GMC Sierra Denali 2500 HD and its prominent hood scoop. That release was vague to its function other than to say it “hints what lies beneath.” It doesn’t take a rocket scientist to deduce that an updated 6.6L Duramax V-8 diesel engine lies beneath. Thankfully, GM has given us a little more details on the scoop’s function, this time accompanied by a photo of a Silverado 2500 HD.

The scoop is revealed to be part of a dual-circuit cold-air intake system. The purpose of the scoop is to draw 60 percent of the intake air in, resulting in a lower air-intake temperature closer to ambient. Without underhood photos to reveal the system’s shape, the scoop is described as going into a 180-degree elbow with a water separator function to ensure the air that goes into the engine is cool and dry. The rest of the intake charge is drawn through an intake mounted in the front fender.

Extensive testing was conducted on the system in both real-world and lab simulation conditions to ensure proper operation regardless of conditions. Details and output figures on the next-generation Duramax are due closer to the truck’s on-sale date later this year.