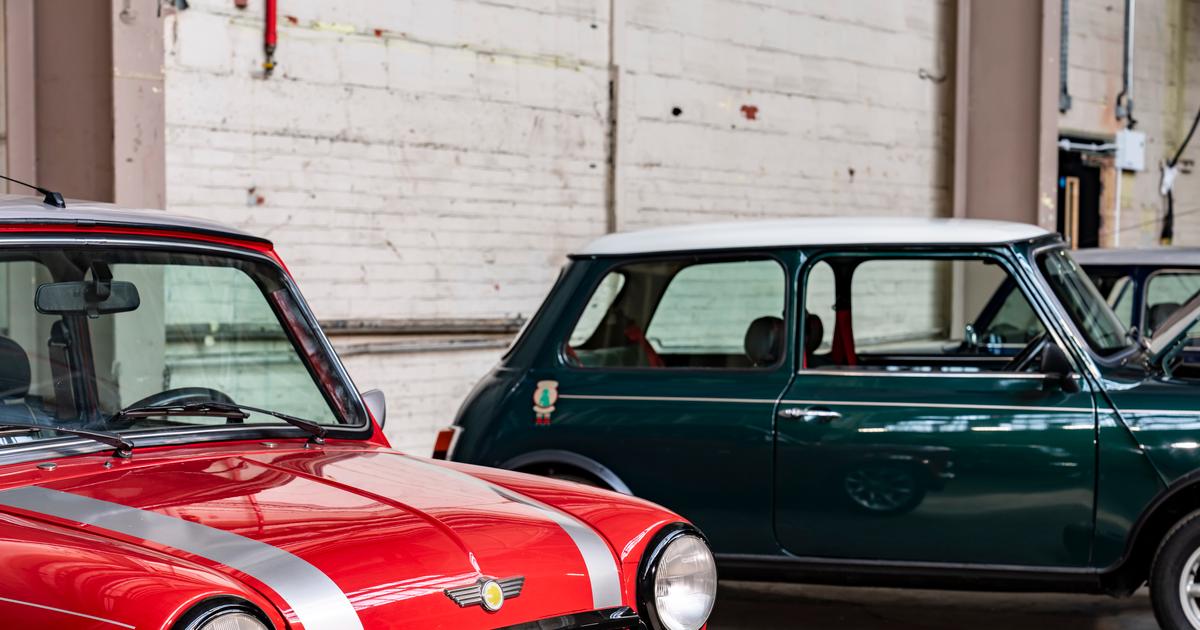 Following positive rumblings about a one-off electrified classic Mini at the New York Auto Show in 2018, a team at the Mini plant in Oxford started a side project to produce more. Now BMW has announced the fruits of those labors, the Mini Recharged project.

The original Mini was introduced in 1959 as a compact two-door for the masses. Seating four and offering a little room for luggage in back, the front-wheel-drive pop-culture icon was designed by Sir Alec Issigonis and went on to sell nearly five and a half million units by the time production ended in 2000. A new generation was introduced in mid-2001, and an all-electric Mini Cooper SE launched in 2019.

We’ve seen a number of companies retrofit electric drivetrains in classic Minis to give existing cars a new lease of life in the upcoming electric age, and now BMW joins the likes of Swind and London Electric Cars to do the same under the Mini Recharged project.

The conversion engineers whip out a classic model’s combustion engine and replace it with an electric motor capable of 90 kW continuous output for a zero to 100 km/h (62 mph) sprint in around nine seconds. A battery pack is also installed that’s reported good for up to 160 km (~100 miles) of per-charge range, and can be topped up using a 6.6-kW charger. And the central instrument cluster has been updated to show electric drive information.

Buyers benefit from the classic go-kart handling of old while gaining clean and quiet motoring with instant torque for a fun city drive, and given the zero tailpipe emissions here the car can enter low-emission zones and “once again be part of the cityscape” without the driver having to pay environmental taxes.

BMW points out that the converted car does not need to be re-registered, and much of the classic Mini remains intact. Any updates made during the process can be reversed at a later stage if desired. Indeed, given its iconic status, the Recharged team marks and stores the original removed combustion engine should owners wish to restore the vehicle to its original configuration down the line.

“What the project team are developing preserves the character of the classic Mini and enables its fans to enjoy all-electric performance,” said head of the Mini brand, Bernd Körber. “With Mini Recharged, we are connecting the past with the future of the brand.”

BMW hasn’t revealed pricing details for Mini Recharged conversions, but they will all be undertaken in the UK. Each newly-electrified vehicle will be individually numbered, and there’s also talk of the project partnering with “well-known artists” for special edition models.