McLaren unveils the lurid MSO Sabre, its most powerful ICE car yet 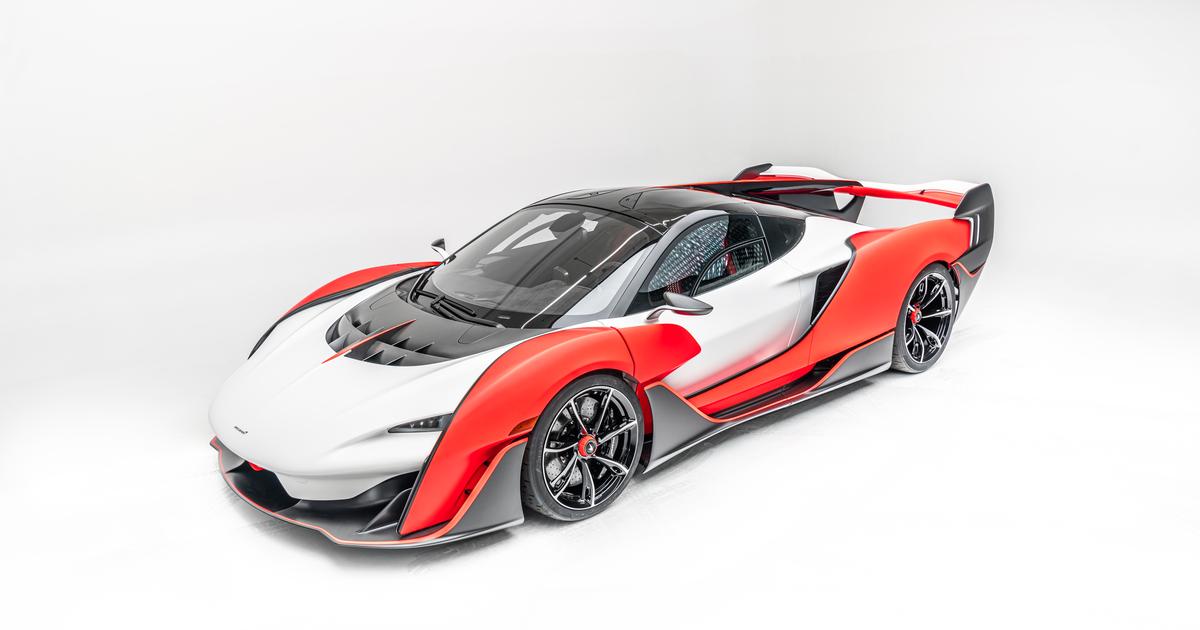 McLaren has rolled out the first of its exclusive Sabre supercars. Only available in the USA, the Sabre pushes McLaren’s twin-turbo V8 engine harder than ever before, and dips its toe into an exuberant and flamboyant new design direction.

You won’t find the Sabre in any catalog; it’s a McLaren Special Operations “bespoke commission hypercar,” being tailored to just 15 customers. Why only in America? Essentially, it seems, to take advantage of relatively lax US vehicle codes that give manufacturers considerably more leeway than the Euro standards. The company is being a little coy about specifics, stating merely that it’s “homologated solely to US federal standards – featuring ideas and innovations that global homologation would not permit.”

It runs a twin-turbo V8, most likely the 4-liter unit common to the roofless Elva, the Senna and possibly the Speedtail. In Sabre trim, it’s good for 824 horsepower and 800 Nm (590 lb-ft) of torque, pipping the first two to become the most powerful non-hybrid car the company has ever built. It’s also the fastest-ever McLaren two-seater, capable of 218 mph (350 km/h). The famous F1 managed 240 mph (386 km/h), and the Speedtail is targeted at 250 mph (402 km/h), but these both use a wacky three-seat layout with the driver front and center and two passengers behind and to the sides.

The Sabre’s seating layout might be conventional, but the styling gets pretty out there, with wildly exaggerated wheel arches rising up from the floor line and curling over the car’s hips and shoulders, connected at the rear with a broad and technical-looking rear wing.

The gentle downward slope of the back of the car seems caged in, almost disconnected from the sides and the wing. It almost looks like somebody drove a regular supercar into a racy body kit. I can’t remember ever seeing a set of rear diffusers sticking out so far from the back of a car, it’s a lurid and provocative undercarriage beneath the tapered tail of the bodywork.

That bodywork, combined with the wide dihedral doors and this outrageously flashy orange, white and carbon color scheme, makes for one of the most ostentatious and showy designs we’ve seen from McLaren, a company that typically leans towards a curvaceous but classy look. The rear engine cover is reminiscent of the crazier excesses of Lamborghini, for Pete’s sake; we wouldn’t have seen that coming from Woking.

But this is just car #1 of 15, and the rest will look very different as they roll out over the coming months. Each has been tarted up to the specific demands of its buyer, who has already been treated to a visit to McLaren’s “skunkworks-style” design studio in the UK and a few track sessions in the test mule prototype around a private track. A nice day out if you can afford it.