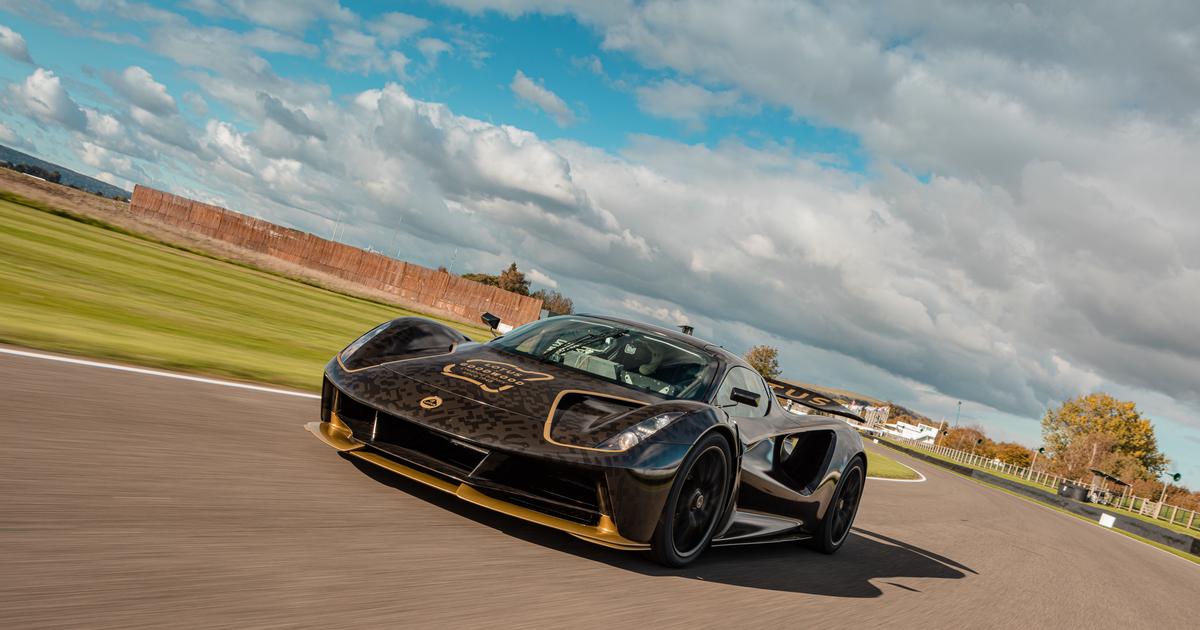 Lotus has finally given the Evija hypercar its first public debut, at Goodwood SpeedWeek. The all-electric monster is taking part in the event’s high-octane activities – including the Supercar Run – using electrons instead of fire.

In all, three pre-production examples of the new Lotus Evija are at SpeedWeek. One of them is in Solaris Yellow and the other two are in traditional Lotus black and gold. The prototypes all pay homage to Goodwood, displaying a stylized version of the West Sussex circuit printed with “Lotus x Goodwood: Creating History since 1948” on their hood (1948 was the first year Lotus appeared at Goodwood).

The Evija is a hypercar that goes beyond the usual with the most powerful output of any vehicle in series production. With a total output of 2,000 horsepower (1,491.4 kW), the Evija blasts 500 horses to each wheel. For reference, the average passenger car in America today sports a mere 120 hp in all.

More information on the Lotus Evija, which will enter limited series production soon, can be found in one of our previous articles, on Lotus’ blog, and in the video below. The Evija joins more than 50 Lotus vehicles participating in the 2020 Goodwood SpeedWeek festival.