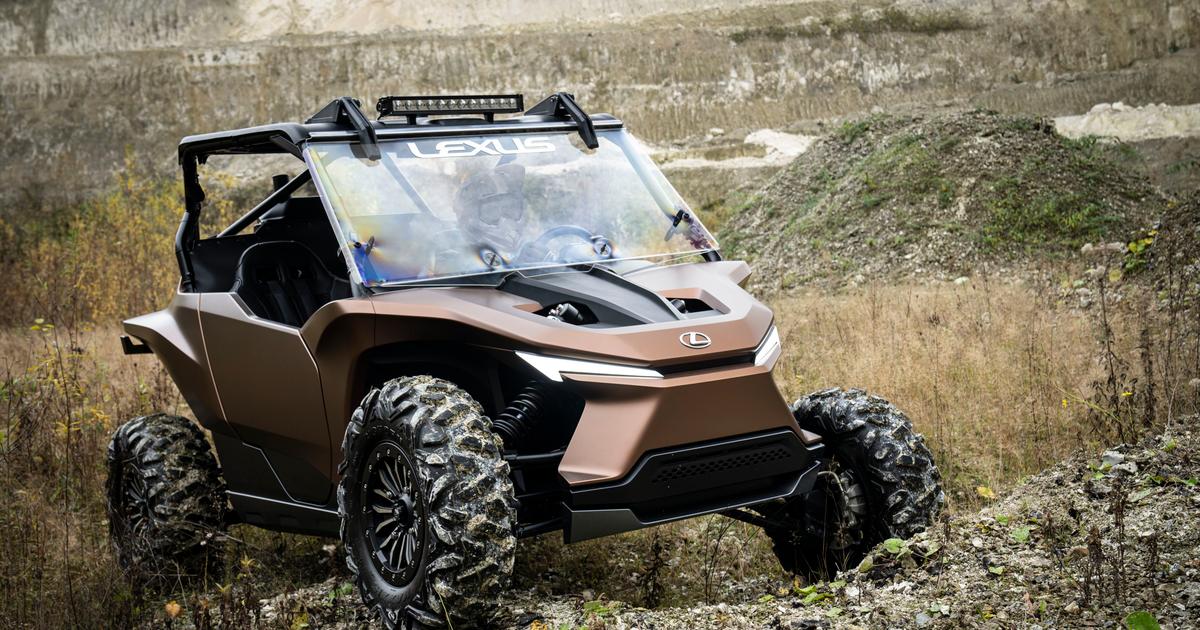 As Toyota’s luxury arm, Lexus quietly has some of the best posh off-roaders on the market in the new Land Cruiser-based LX600 and the Land Cruiser Prado-based GX460. Still, it’s not the first automotive brand name that comes to mind when the topic of off-roading comes up, and it falls right off the list should that conversation drift to off-road powersports. That changes today with the reveal of the all-new ROV concept, an aggressive side-by-side that leaves mostly agitated dust behind thanks to a virtually carbon-free hydrogen combustion engine.

With the Recreational Off-highway Vehicle (ROV) Concept, Lexus presents an intriguing alternative to the all-electric side-by-sides that have started making their way to market. Instead of the hydrogen fuel cell technology for which Toyota has become well-known, Lexus relies on newer, more experimental hydrogen ICE tech.

Toyota has been testing and developing hydrogen combustion engine tech through its motorsports program, and the ROV uses a 1.0-liter unit fed by a high-pressure compressed-hydrogen tank. Lexus doesn’t pinpoint performance estimates but does say that the fast combustion speed of hydrogen leads to a responsive torque rise off-roaders will appreciate.

Image of a hydrogen engine

Unlike an RC car-quiet electric, the ROV’s hydrogen engine carries over a powerful rumble similar to a gas ICE. Lexus promises, however, that engine noise will be refined through its QDR (Quietness, Durability, Reliability) standards, so the driver presumably won’t be subjected to noise levels akin to someone dropping a box of running chainsaws on the passenger seat.

Lexus admits that there’s a slight amount of carbon released from burned engine oil, but the hydrogen ICE drops CO2 emissions very close to nil. We’d love to get a read on how much range Lexus imagines the ROV getting per fill-up, but the company doesn’t yet get that detailed with the concept.

Lexus isn’t looking to reimagine side-by-side styling, the way Tesla might if it grows Cyberquad into … Cyd-by-Cyd (?). Instead, it tiptoes nimbly across the tightrope between luxury automotive styling and traditional sport side-by-side design. Elements like the deep-bronze paint and angry “L” headlamps definitely separate the ROV from other side-by-side models. Lexus also manages to work in the most tasteful iteration of its spindle grille yet, a smaller, tauter body-color design that doesn’t look oversized and out of place the way the production spindle tends to.

Inside, Lexus gives the ROV a slight touch of luxury with a leather-wrapped steering wheel and in-seat suspension system built to smooth out the bumps and bangs. A simple single-gauge display feeds the driver vital information without unnecessary distraction.

“The Lexus ROV is our response to the growing passion for the outdoors and adventurous spirit of luxury consumers,” Lexus Europe chief Spiros Fotinos explains. “As a concept, it fuses our desire to also develop lifestyle-oriented products with our ongoing research into new technologies that contribute to carbon neutrality.”

That’s about as close as Lexus comes to addressing any potential for production, so for now we’ll just have to treat the ROV as a fun, explorative concept that provides a glimpse into the future of alternative-fuel off-roading. But Lexus has put out a yacht before, so perhaps an OHV will prove a small task.