Knaus charges into the future with Wankel-boosted electric RV 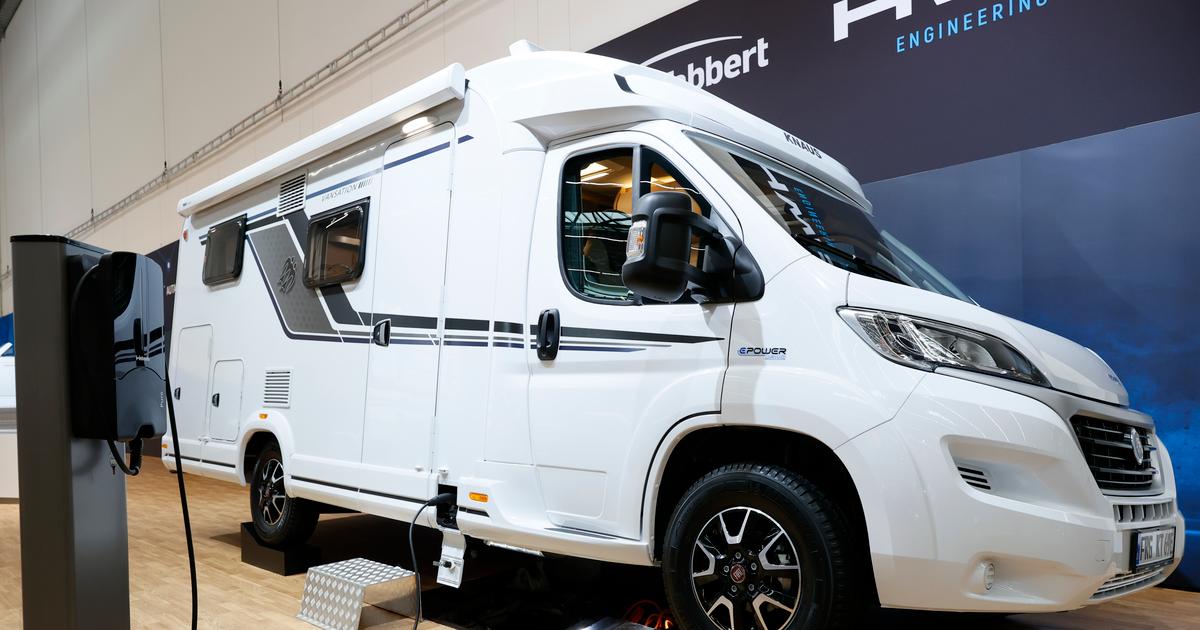 We thought for sure that any news of an electric vehicle with a Wankel range-extender would include “Mazda” in the headline, but the honor goes to an unforeseen player: Knaus Tabbert. The European RV giant revealed its Knaus E.Power Drive research prototype at the 2021 Düsseldorf Caravan Salon this week. The motorhome dumps diesel for an all-electric powertrain supported by a rotary engine-generator that doubles as a campground power source, spinning out a work week’s worth of cooking, heating and lighting.

We’ve been expecting some electrified campers or camper concepts to emerge out of this year’s Caravan Salon, but we figured they’d be built into one of the electric vans that have been rolling out in Europe – the Mercedes EQV or Fiat e-Ducato, for instance. Maybe another Ford Transit Custom PHEV for the range-wary crowd, or a real-life Xbus camper van as a wildcard. What we 100 percent did not expect was a motorhome brand to swap out the manufacturer’s powertrain with an electric drive and Wankel range-extender. But here we are.

Knaus made its job harder by swapping in its own drive solution, but by doing so it sidestepped drawbacks like limited range and long, mandatory charging breaks. Motorsport engineering specialist HWA AG partnered up to help Knaus navigate the harrowing path of fully overhauling the underlying mechanicals of the base Fiat Ducato.

The duo began their work with Knaus’ Van Ti 650 MEG Vansation, a 23-ft (7-m), four-seat Class C motorhome. First on their agenda was yanking up shirt sleeves and diving into the engine bay, replacing the usual diesel unit and six-speed manual transmission with a 241-hp electric motor and reduction gearbox.

Around the other side of the A-pillar, Knaus and team removed the now-unnecessary gear shifter and replaced it with a push-button selection system with park, reverse, neutral and drive buttons. It also added one button for vehicle heating and one to switch off regenerative braking in poor road conditions. The backlighting on the buttons serves as a battery life indicator, but we’re guessing the average driver would just as soon glance over at the massive 12-in infotainment touchscreen Knaus added as part of the accompanying human-machine interface.

Out on the road, the new e-motor gets that big hunk of Vansation thundering up to a fairly comfortable highway speed of 68 mph (110 km/h), according to Knaus. With only 35 kWh of traction battery mounted down in the chassis, power will cut off after a mere 56 miles (90 km, WLTP) … not much of a road trip.

That’s where Knaus calls in the Wankel reserves. With a flange-mounted generator attached, the rotary engine charges the battery for more robust, vacation-worthy range. The system kicks on automatically once the battery drains to critical level and can power the motor directly as well as charge the battery.

Knaus went with the rotary over a more common piston-driven ICE for the former’s combination of efficient operation in optimal rpm range, compact sizing, simpler construction with fewer parts, and smooth, quiet operation. That last advantage comes into play even more when the E.Power is stopped than when it’s moving. The Wankel-generator supplies electricity to the motorhome living area via an inverter, creating a more self-sufficient camper less reliant on separate power sources like the leisure battery or LPG tanks. The quiet operation lets campers “keep the lights on” without making much noise at camp.

Knaus estimates that the rotary engine can power cooking, heating and lighting for up to five days, a claim that undoubtedly needs more real-world testing but isn’t bad at all for an off-grid camping trip. It’s not clear what fuel Knaus is using, but in general, rotary engines have flexible multi-fuel capabilities that would make the E.Power Drive as easy to refuel as a typical diesel or gas ICE motorhome and easier than a pure-electric. As for the 35-kWh battery, it takes an estimated three hours to recharge directly.

Knaus acknowledges that a basic diesel or gas ICE could be used in place of the rotary engine, but ultimately it hopes to substitute in a hydrogen fuel cell to supply power without harmful emissions, an idea with which Mercedes-Benz has also experimented.

The E.Power Drive remains a prototype for now, and it looks to be a promising test bed for cleaner RV drive solutions.