Hydrogen-powered ambulance drives into Glasgow ahead of London trial 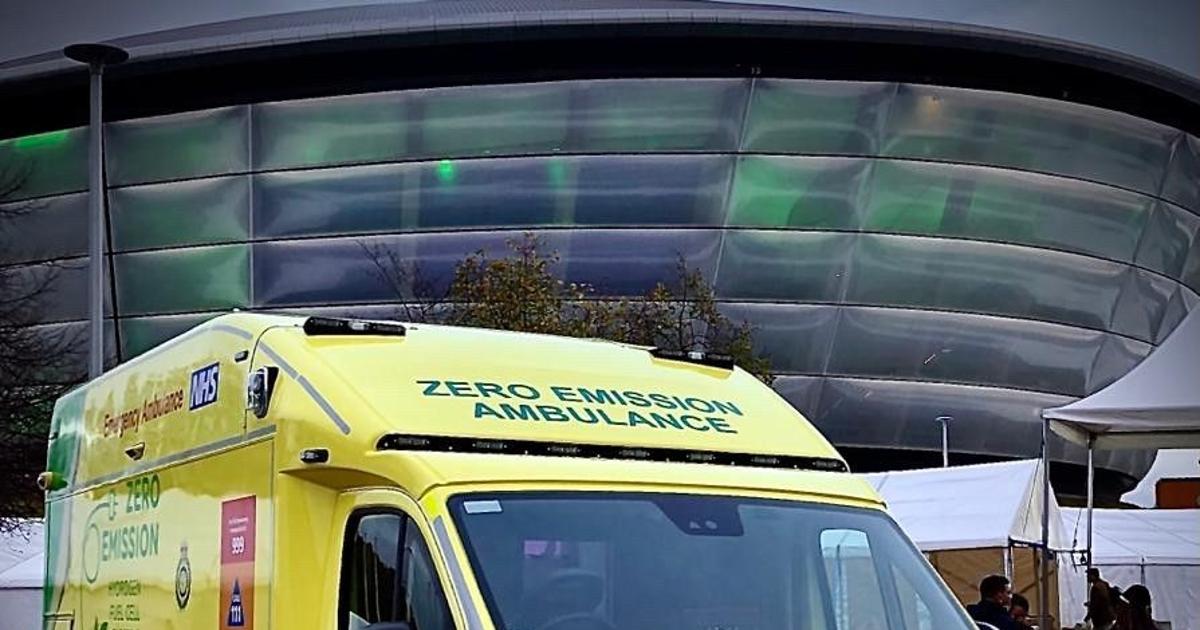 Back in February, ULEMCo and industry partners announced plans to design an electric rapid response ambulance for the UK’s NHS Trust that would run on batteries and hydrogen fuel cells. Now, the working prototype has driven into Glasgow to give global leaders attending the UN’s COP26 climate summit a closer look at the technology.

The NHS reckons that air pollution contributes to one in 20 deaths in the UK, prompting it to pledge to become the first health service in the world to commit to reaching net zero carbon. With service travel and transport adding up to 3.5 percent of all UK road traffic, the health body is looking at ways to reduce harmful emissions, and the ambulance fleet seems like a good place to start – with GreenerNHS noting that “decarbonising the ambulance fleet could potentially reduce emissions by 87 ktCO2e every year.”

There’s already a battery-electric ambulance in service in Birmingham, but the Zero Emission Rapid Response Operations (or ZERRO) ambulance prototype has been designed to meet the extended range needs of rural operations as well as urban. Originally developed for the Yorkshire Ambulance Service, the working prototype looks to be rolling with all of the key specs announced in February.

The bespoke frame-based body has been built by Mellor Coachcraft and features a Promech Technologies EV drivetrain installed by VCS. The vehicle is powered by a 92-kWh battery pack that can be topped up via a cable plugged into a charger, but a ULEMCo FC Rx hydrogen fuel cell range extender has been included for quick refill flexibility. The range extender includes 8 kg of 350-bar H2 storage, a 30 kW fuel cell and Lyra Electronics DCDC converter.

The prototype has been designed for up to 300 miles (~483 km) of range, and a top speed of 90 mph (145 km/h). A low access floor enables it to meet the payload requirements of the ambulance service, with the earlier specs calling for it to be capable of hauling at least 900 kg.

The ZERRO ambulance is being exhibited on a GreenerNHS display at the Innovation Zone in Glasgow during the COP26 summit, and will then make its way to London to begin trials to test its operational flexibility and make sure it meets the needs of its intended users. NHS England and NHS Improvement hope to work with ambulance trusts to set up more trials, and work on a plan to roll out zero emissions ambulances in the future.

“A great deal of hard work from the industrial partners has gone into bringing the ZERRO project to this stage,” said ULEMCo’s Amanda Lyne. “We believe this is a key milestone in the development of hydrogen mobility, and shows what can be achieved today to achieve zero emissions from HGV and utility vehicles.”