GMC flips on the lights of all-electric Sierra Denali pickup 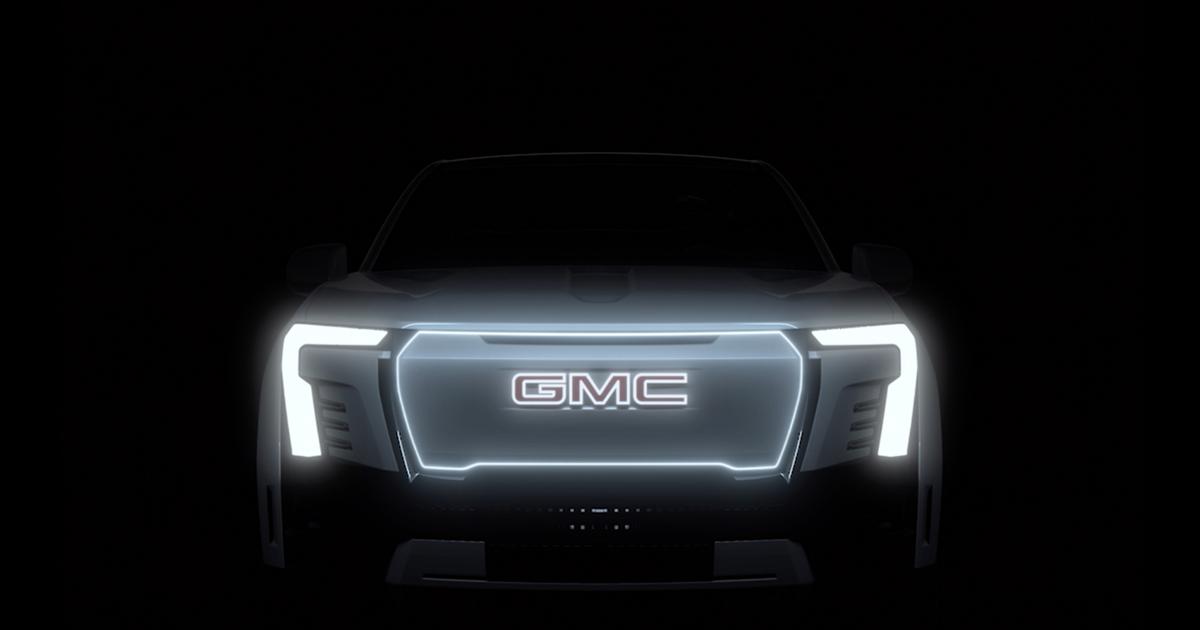 An electric Hummer pickup is cool and all, but with a small bed, 4×4-style design and price tag that starts at $80K and pushes into six figures, it’s a nonstarter for the average pickup buyer. For GMC to start seriously selling EVs, it’ll need something more practical and accessible … like its own version of the thoroughly teased Chevrolet e-Silverado. GMC has given the world its first impression of that very truck today, showing the brightly lit face that will lead the badge into a broader, more mainstream electric era.

The electric Sierra should be more affordable than the Hummer EVs, but buyers will have to temper expectations on just how far downmarket it’ll move. GMC announced it will only offer the electric full-size pickup in premium Denali trim. The ICE-powered 2022 Sierra 1500 Limited Denali currently starts at a $58,495 MSRP, including destination fee – not exactly basic work truck territory.

“Sierra Denali holds tremendous equity for GMC and our customers,” explains GMC vice president Duncan Aldred. “We now have an opportunity to evolve Sierra’s capabilities and technologies, as afforded by transitioning to an all-electric propulsion while also elevating the luxurious design and comfort associated with Denali.”

The first electric Sierra teaser photo shows the new model sharing its large, strong, rectangular front-end characteristics with the ICE Sierra. In place of the shininess of bold Denali grille chrome, the electric variant relies on actual lights to brighten things up. Large hooking headlamps frame out the top front-end corners, while a thin LED surround gives shape to a solid grille panel that appears to match the body color. The large “GMC” centered inside that panel benefits from lighting of its own.

Like the Hummer EVs and electric Silverado, the e-Sierra will ride on GM’s Ultium battery platform. GMC holds out on further details, likely for the type of multi-part teaser campaign through which the e-Silverado has gradually come into focus, but we’d be surprised if GMC’s truck doesn’t include some of the same premium offerings already confirmed for the 400-mile (644-km) electric Silverado, such as the panoramic glass roof and four-wheel steering.

The electric Sierra will debut in 2022, and unless GM surprises with a double-debut, we’ll expect that to happen a bit further into the year, following the electric Chevy Silverado’s January CES premiere. The Sierra will be assembled at GM’s Factory Zero Assembly Plant, and production dates will be announced in the future.