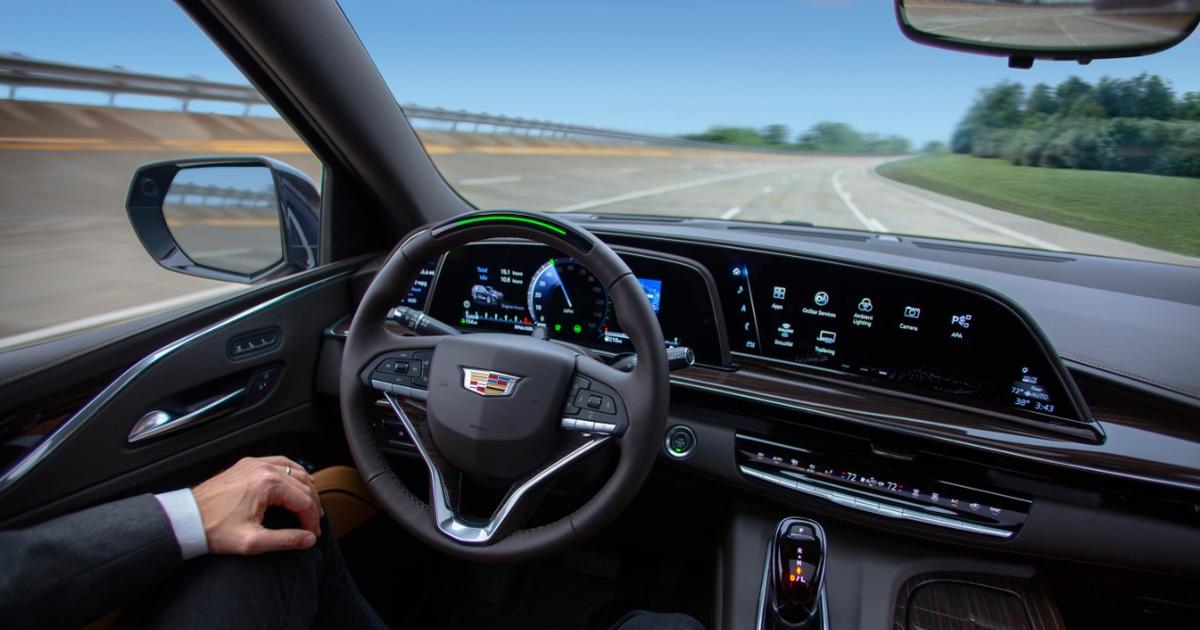 General Motors is officially dialing its self-driving program up from “Super” to “Ultra.” Set to launch in model year 2023, the all-new Ultra Cruise system promises a full hands-free driving experience in 95 percent of driving scenarios. At launch, it will cover more than 2 million miles of pavement in the US and Canada, with plans to expand coverage to every paved road in both countries. It’ll be another step toward handing the reins over completely to the machine-chauffeur.

When GM first introduced Super Cruise on the 2018 Cadillac CT6, the system was an impressive step forward for the company in terms of hands-free capability, but it was limited to 130,000 miles of US and Canadian highway mapped in GM’s database. Even after adding about 50 percent more highway to the network for a total of 200,000 miles, Super Cruise works only on a small percentage of the millions of miles of paved public roads across the two nations.

With Ultra Cruise, GM is pushing to expand the utility of its hands-free tech across all US and Canadian paved roads, starting at launch with 2 million miles of pavement, 10 times the number it currently advertises for Super Cruise. The system will work not only on major highways but also paved rural roads, city streets and even subdivisions, GM says. In time, that coverage will grow to the roughly 3.4 million miles of paved roads that stretch across the two countries.

Ultra Cruise’s upgrades won’t allow drivers to take their eyes and minds off driving completely, however. We thought the system would register Level 3, but GM still labels it Level 2 in the infographic above. Either way, drivers will need to be prepared to take over when required. Ultra Cruise will utilize a new Dynamic Display fixed in the driver’s line of sight to help keep driver’s attention on the road ahead. The Super Cruise driver attention camera monitoring system will carry over, and GM makes clear drivers won’t be able to use a handheld device while going hands-free (so we reckon no book reading or napping, either).

GM will launch Ultra Cruise on select MY2023 models, starting in the Cadillac family. It will reserve the new system for premium vehicles at launch while continuing to offer Super Cruise on more mainstream models.

Oh, and if you’re wondering how GM can possibly follow up “Super” and “Ultra” … it’s already filed for a “Hyper Cruise” trademark, a moniker that will apply to the next level of autonomous driving and not a top-speed setting for the intergalactic rocket car of 3030.