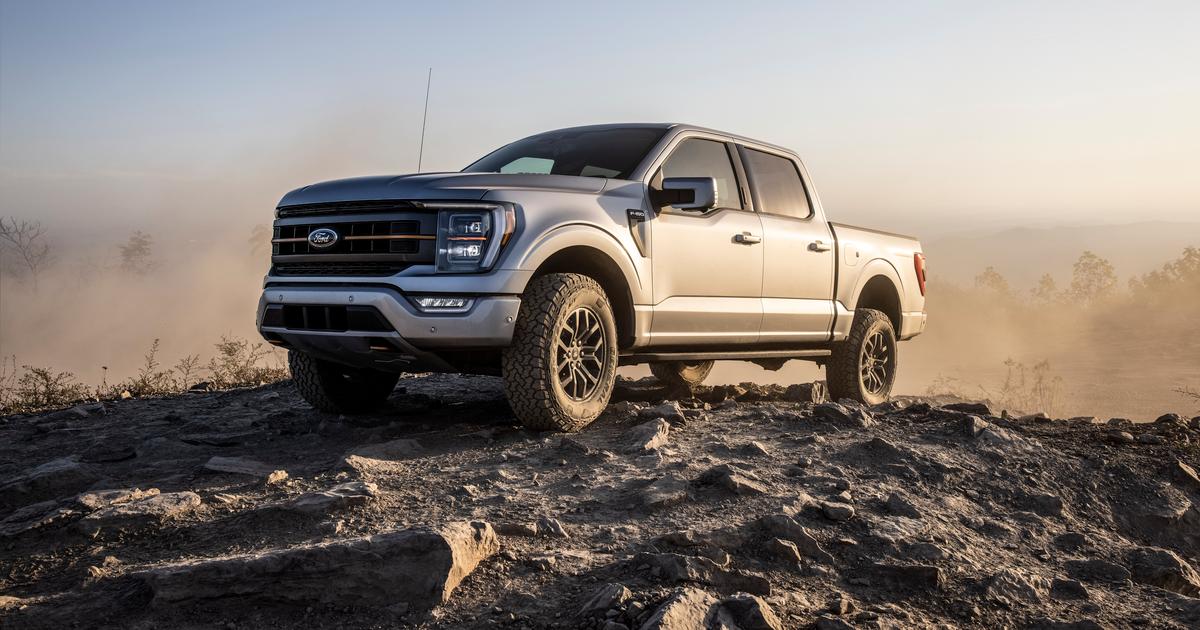 The Ford Raptor is some of the most fun you can have off-road on four street-legal wheels, ideal for stirring idyllic desert floor into a virulent sandstorm. But what fun is venturing out there without all your favorite toys and camping supplies in tow? It’s a question the all-new Ford F-150 Tremor sets out to render moot, smashing together Raptor-style off-road capability with the full payload and towing demanded of a weekend gear shuttle and day-to-day workhorse. When empty and unencumbered, the Tremor will attack rocks and dunes with much of the Raptor’s fervor, but it’ll have dropped the fifth-wheel, toys and gear at the campground on the way there.

The Ford Raptor is still known as the king of F-150s when it comes to fast, angry off-roading, but that crown doesn’t come without some compromises. With as little as 1,000 lb (454 kg) of payload, the 2020 Raptor carries less weight than a midsize pickup, a real problem if you want a truck that’s ready for both work and play. The Raptor’s 6,000-lb (2,722-kg) towing is also quite modest for an F-150, meaning it has less hauling capacity behind the bumpers, as well as between them.

Looking to provide a taste of Raptor-like off-roading with a payload and towing capacity more akin to what the F-150 has built its reputation on, Ford has followed the Super Duty and Ranger “Tremor” packages up with the all-new 2021 F-150 Tremor. An overhauled suspension serves as the foundation of the new F-150 offering, which comes atop a 4×4 SuperCrew with 5.5-foot (1.7-m) bed. Retuned front and rear springs increase ground clearance and keep more rubber in contact with the ground below, while Tremor-specific mono-tube front shocks and twin-tube rear shocks deliver softer damping at low speeds, dialing damping and control up for more severe off-road events.

The clearance-boosting 33-in General Grabber all-terrain tires mounted to 18-in matte-finish wheels add an inch (2.5 cm) of width for a stabler, more confidence-inspiring stance. The Tremor approach angle improves to 27.6 degrees, while the break-over and departure angles come in at 21.2 and 24.3 degrees, respectively. A Raptor-style front bash plate and off-road running boards are also included as part of the package, as are a model-specific hood and grille design and “active orange” accents throughout.

The Tremor’s 3.5-liter EcoBoost V6 sends powers to all four wheels through a 10-speed automatic transmission and lockable rear differential. The highest Tremor trim brings with it a Raptor-inspired torque-on-demand transfer case that blends the advantages of all-wheel drive and 4WD to provide traction-boosting performance across all types of terrain and conditions. A Torsen limited slip front differential will be offered optionally after launch.

Inside, drivers can select from a variety of available off-road assistance tools when up against challenging terrain. Rock Crawl mode automatically kicks on the rear differential lock, shuts down the traction and stability programs, cuts down throttle response, adjusts shift points and throws a view from the available 360-degree camera on the center screen. Optional Trail One-Pedal Drive takes crawl assistance one step further, letting drivers bypass the brake pedal and rely solely on the accelerator when negotiating particularly rough, difficult terrain. Or, the driver can switch on the Trail Control off-road cruise control system and focus solely on muscling the steering wheel around bumpy obstacles while the truck takes over throttle and braking duties.

While the Tremor is definitely ready to have a fun weekend off-road, it’s also ready to serve loyally as an hourly worker, leaving the paltry capacities of the Raptor behind for an 1,885-lb (855-kg) payload and 10,900-lb (4,944-kg) tow rating. The payload falls a bit short for bedding down a Cirrus 620 pickup camper before loading the SuperCrew cab with campmates, but Ford stresses that the model was designed with overlanding in mind. It’s perfectly capable of supporting lighter camping set-ups, perhaps something like last year’s “Attainable Adventure” Ranger.

The near-11K-lb towing gives F-150 Tremor drivers the option of towing a large trailer (or a smaller Boreas squaredrop last seen behind the Bronco) and using the payload for dirt bikes and biking buddies. It’s also good for hauling boats, toy haulers and other essentials of outdoor fun. So while the Raptor is a great truck to off-road in, the Tremor aims to be a great truck for heading off-road, setting up camp for the weekend, and enjoying a few days of trucking, camping, biking and/or other recreational pursuits. Available exportable power allows for plugging in tools, cooking appliances, electronics, air compressors and other handy gear.

The Tremor will join the rest of the new F-150 lineup when it hits dealerships in Summer 2021 (Northern Hemisphere) in three different equipment levels.