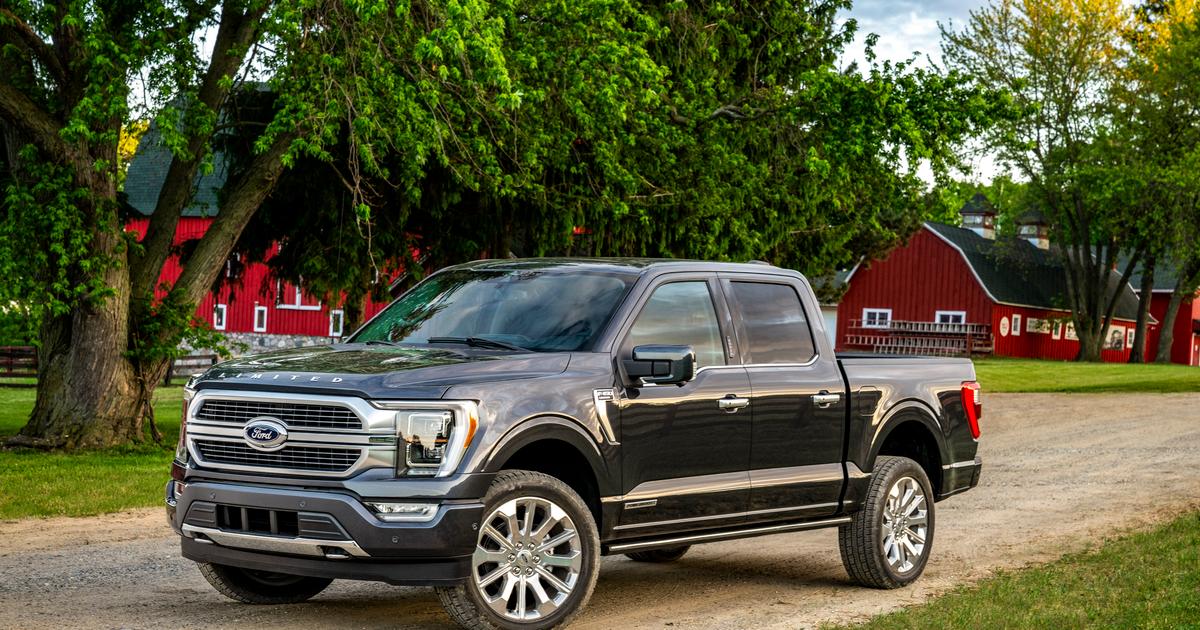 Ford unveiled the current generation F-150 for the 2021 model year to much expectation. Out was the slow-selling diesel option and in was a new hybrid powertrain that offered all of the capability of the regular truck with several added bonuses. After a week with the F-150 Powerboost, we think it’s the best pickup truck for people who actually work with their trucks.

A key point in that assessment is the Pro Power Onboard system, whose most useful iteration is available only on the Powerboost hybrid model.

Most of the news around the F-150’s 14th-generation debut centered on the hybrid powertrain option. This quickly faded, however, as news of the Lightning battery-electric version of the truck came to the fore. Lost in that, then, was the extreme usefulness of the hybrid F-150’s on-board generator option. As an added bonus, the F-150 Powerboost loses no towing capability just because it’s electrified.

Towing in the Ford F-150 Powerboost ranges from 5,100 lb (2,313 kg) in the lower end configurations all the way up to 11,300 lb (5,125 kg) in the most tow-ready setup. Most F-150 Powerboost models have a tow rating of at least 9,000 lb (4,082 kg). That’s at least average for a half-ton pickup truck. Plus, even with the short bed version we drove, we were able to haul a host of things that prove the usefulness of a truck like this. There are better trucks for towing, in our experience, but the fact that the hybrid model doesn’t sacrifice capability is a big deal here.

The F-150 Powerboost also has a trick up its sleeve: something that no other truck can do and that even the all-electric Lightning EV isn’t be capable of: it has an on-board generator. The Pro Power Onboard system is more than just an inverter connected to the truck’s battery. It’s a full setup that uses the truck’s engine as a generator when battery power is getting low and keeps the household-style 120-V outlets in the bed powered and useful as it does so. The engine kicks on and off as needed to keep the system powered. With the hybrid model F-150, that can mean up to 7.2 kW of available power for running tools, lights, and even appliances. We used it to run a circular saw, random orbital sander, and some other miscellaneous power tools as we worked on a project.

The Powerboost system is a combination of the Ford F-150’s standard 3.5-liter turbocharged V6 with an electric motor and battery pack. In everyday driving, this system improves fuel economy by a few points – especially around town, increasing mpg ratings to 24 in the city and on the highway (9.8 l/100km). Our own highway test bettered that EPA rating by about 0.7, resulting in a 24.7 mpg (9.5 l/100km) rating on our highway loop. That around town number, though, is a big leap up from the 18 mpg (13.1 l/100km) that the standard F-150 is rated for. The hybrid setup also provides more motive power, boosting horsepower from 400 in the standard V6 turbo to 430 (316 kW) and torque to 570 lb-ft (773 Nm) from 510. That latter number improves responsiveness and coincides with the electric motor’s boost to the get-up of the F-150. Enough that it feels a lot more confident in daily driving scenarios, especially in traffic or off the pavement.

As a daily use workhorse truck, the F-150 is a best-seller for a reason. The King Ranch edition we drove might be a little over the top with leather and other accouterments, but it’s just one of several trim level options for this pickup. Some of the other useful niceties, however, come with a price. For example, the fold-down gear shifter, which allows the top portion of the center cargo box to flip forward to make a semi-useful laptop or writing desk, means that some storage is sacrificed. Namely small item storage, which would normally be in the top portion of that storage box’s arm rest. And the rear seats, while they fold up to allow storage across the floor, don’t have tie-down points and the floor isn’t flat.

As a useful truck, the F-150 Powerboost’s on-board generator is a feature that isn’t matched elsewhere. It’s a gimmicky idea that is surprisingly useful once tried. It definitely beats a noisy, space-hogging gasoline generator from the hardware store. From plugging in a fridge for the next tailgate party to adding work lights, power tools, and heaters to your worksite, this is the kind of thing truck designers should be focusing on.