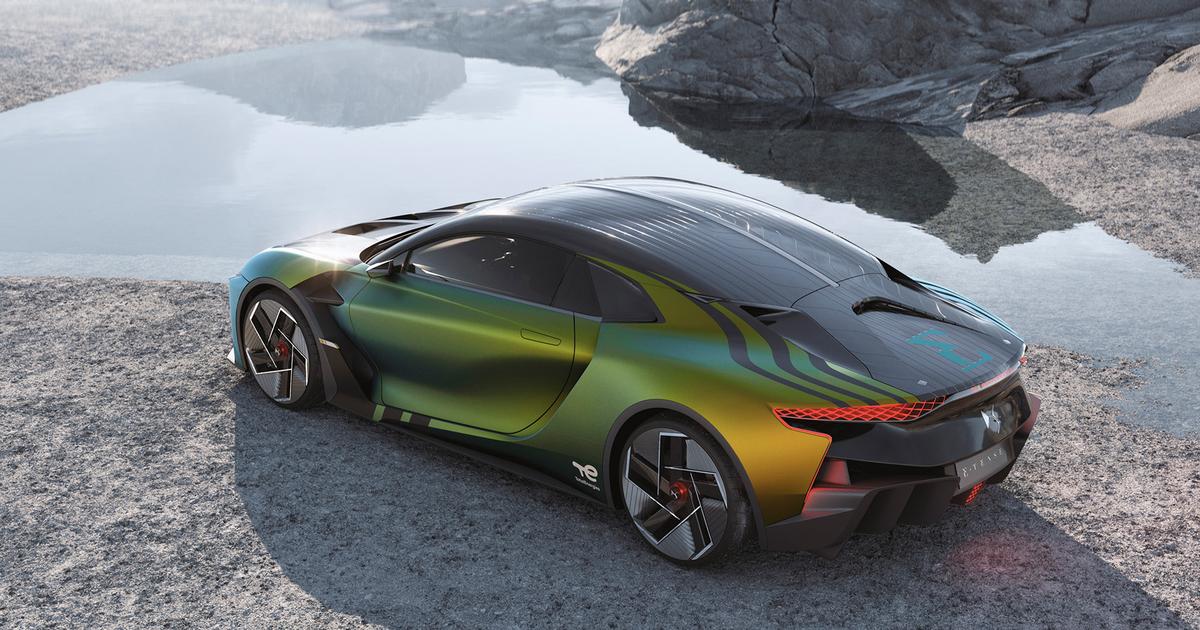 France’s DS Automobiles has caught our eye yet again with its latest hard-charging electric concept car. The flashy, color-shifting E-Tense Performance brings an 600-kW (805-hp) powertrain across from Formula E, complete with a monster regen system that makes the brakes redundant.

Formerly a premium-focused sub-brand of Citroen, DS became a standalone company in 2015 and now operates under the Stellantis umbrella with Citroen, Peugeot, Fiat, Opel, Jeep, Alfa Romeo, Dodge, Maserati, Ram and several others.

There’s nothing particularly amazing about DS’s production cars, but this brand has put out some really fun concepts, exemplified by the asymemetrical, avant-garde absurdity of 2019’s X E-Tense concept, complete with spider webbing and an eye-popping semi-open cabin arrangement that placed a driver right out in the elements but gave two tandem passengers a roof and safety cell.

Today’s effort is a little more down to Earth, based on the original E-Tense concept we first saw in 2016. That car was an elegant Lexus meets Audi arrangement, and the new E-Tense Performance looks like it’s been sent to a Japanese street racer tuning shop with a fat budget and a challenge to toughen it up.

Hence the carbon-black hood, the squared-off nose, the sharp 21-inch carbon rims, and the staggering “beetle effect interference color” Harlequin-style paint job, which will look amazing no matter how many times we see it, because we are simple creatures and easily fascinated by shiny things.

Lest it become too tough, DS has laid some spider-webbing into the taillight design that looks like it might shatter if looked at too hard. As a concept, it’ll certainly get looked at pretty hard.

It’ll stop a bit too, even though DS says the pads and discs are mainly for show. That’s because it’s set up with a regenerative braking system capable of absorbing a full 600 kW of energy. That is to say, the electric motors can brake as hard as they can accelerate, and that’s plenty hard.

Any old electric motor can do the same thing; the batteries are typically the bottleneck. So the special sauce here is a juicy battery pack developed in partnership with Saft and TotalEnergies, using “an innovative chemistry and an immersive cooling system for cells, at odds with current technology – thanks to a bespoke design of Quartz EV Fluid solution.”

While today’s photos look like renders, it seems DS has built one too, since it says it’s beginning testing within the month, which will eventually see the E-Tense Performance put through its paces on track and on the street. It doesn’t seem like this thing’s headed for production, but if you want to own one, you’re free to light your wallet on fire and buy an NFT version of the car that can be added to racing games on the Pavilion platform.