Dawn of the 900-kW EV ultra-charger, and a battery that can handle it 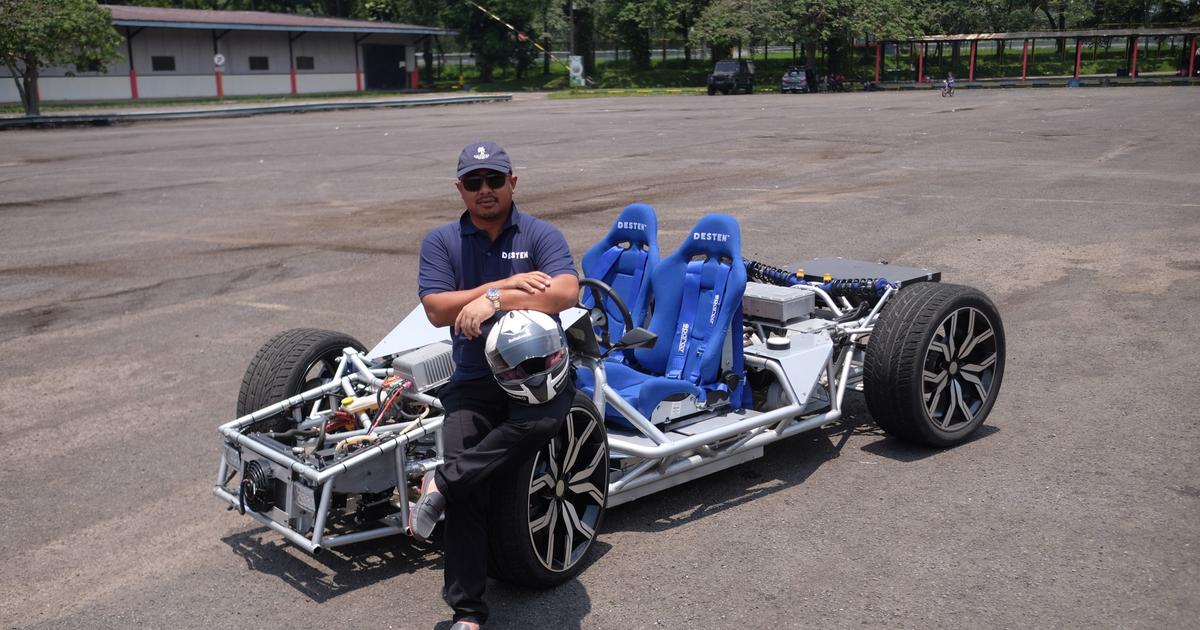 How fast does an EV charger have to be to completely eliminate range anxiety – and can our power grids cope with ultra-chargers drawing 0.9 megawatts at full blast? It seems we’re going to find out. Hong Kong company Desten is hitting the road to demo a remarkable EV battery and charger combination that’s 2.5 times faster than the industry-leading beast that ABB revealed earlier this week.

We first heard about this monster of a system in 2019, when it was announced as the energy storage for a new electric sportscar from Piëch, a company born of European automobile royalty. The Piëch Mark Zero looked like a jolly good sports car for people who are into that sort of thing, but the battery claimed next-level capabilities. Offering a 500 km (311 miles) of WLTP range, Piëch announced it could charge from 0-80 percent in just 4 minutes, 40 seconds.

That’s scarcely longer than it takes to fill up a gas tank. Some companies like to rate their chargers by miles (of range added) per hour – Tesla’s V3 superchargers, for example, offer about 1,610 km per hour (1,000 miles per hour), operating at 250 kW. On that scale, the Desten charger would give you 8,253 km per hour 5,128 miles per hour). Outrageous.

Heat is typically the enemy when it comes to fast charging and discharging of batteries, but Desten claims to have eliminated this as an issue. Operating across a broad range of ambient temperatures, Desten says these batteries heat up by only ~15 °C (27 °F), even at their max charge/discharge rate of 10C.

Each 19-Ah cell is rated for more than 3,000 charge/discharge cycles, or about 1.5 million km (930,000 miles) in an EV, so longevity is certainly not the sacrifice here – the main drawback seems to be specific energy. Where the Tesla Model 3 battery pack carries 260 Wh/kg of energy, the Desten cells can only give you 160 Wh/kg. Mind you, the overall system will save weight measured against some competitors simply because it doesn’t require any liquid cooling.

And anyway, when you’ve got a car that drives 500 km on a charge, and charges in less than five minutes, specific energy gets a lot less interesting as a metric. You’re charging it slow and cheap overnight at home or the office for 99 percent of the time, and on the rare occasion where you need to drive more than 400 km in a day, you can blast it back to 80 percent before the barista’s got your coffee done.

This, of course, is in a perfect world where 900-kW ultra-fast chargers are as readily accessible as gas stations are today, which they manifestly are not. And if they were, and they were in regular usage, would the power grid be able to cope with multiple instant load spikes, each pulling nearly a megawatt for five minutes?

Possibly, yes – because it seems Desten plans to put a considerable amount of buffer battery between the car and the grid. The same batteries, it appears, as the ones in the car’s pack, so they’ll be capable of discharging fast enough to max out the cars’ charge rates. These buffer batteries will charge much slower throughout the day, fed by grid power.

The company says nothing about two-way charging on its website, but these big buffer batteries could theoretically be terrifically handy as super-responsive grid-stabilizing load spike balancers across the energy network when there are no cars connected. So, again theoretically, these ultra-chargers may actually end up being a helpful addition to the power grid as opposed to a critical drain.

Desten is launching the battery and charger system this week, oddly enough with a traveling roadshow starting in Jakarta, Indonesia, then moving through Asia, the Middle East, Europe and North America. The company has built a little car for the demo tour, apparently minus bodywork. It’ll certainly be riveting stuff watching a battery charging showcase, and we do wonder how it’ll really prove the technology.

Desten’s press release informs us that “with UN 38.3 certification, the battery has passed all safety tests, making it an ideal technology for automotive-grade battery solutions.” This sounds pretty significant, until you look up the UN/DOT 38.3 standard and discover that it’s got nothing to do with automotive-grade certification. The 38.3 Transportation Testing requirements simply validate that lithium batteries are safe to ship around by air, sea, rail or road. So, hooray, they won’t explode on the plane.

This kind of thing, and a lack of any information on price, or how these batteries deal with heat so well at high charge/discharge rates, makes us pump the brakes on our enthusiasm. Desten is making extraordinary claims here, which will need to be backed up with extraordinary evidence. Then these batteries and chargers will need to prove themselves automotive standards compliant as well as price-competitive in applications far more quotidian than high-end European sportscars … And production will need to be ramped way up from the current rate of “double-digit MWh” annually.

It’ll be a long time, in other words, and many stars will need to align before the highways are dotted with 900-kilowatt Desten ultra-chargers. But still, the prospect of a five-minute, 400-km top-up that doesn’t wreck the battery? That’d do a lot to break through the few remaining barriers to EV adoption. We wish the company well and hope to see more industry traction in the coming months.