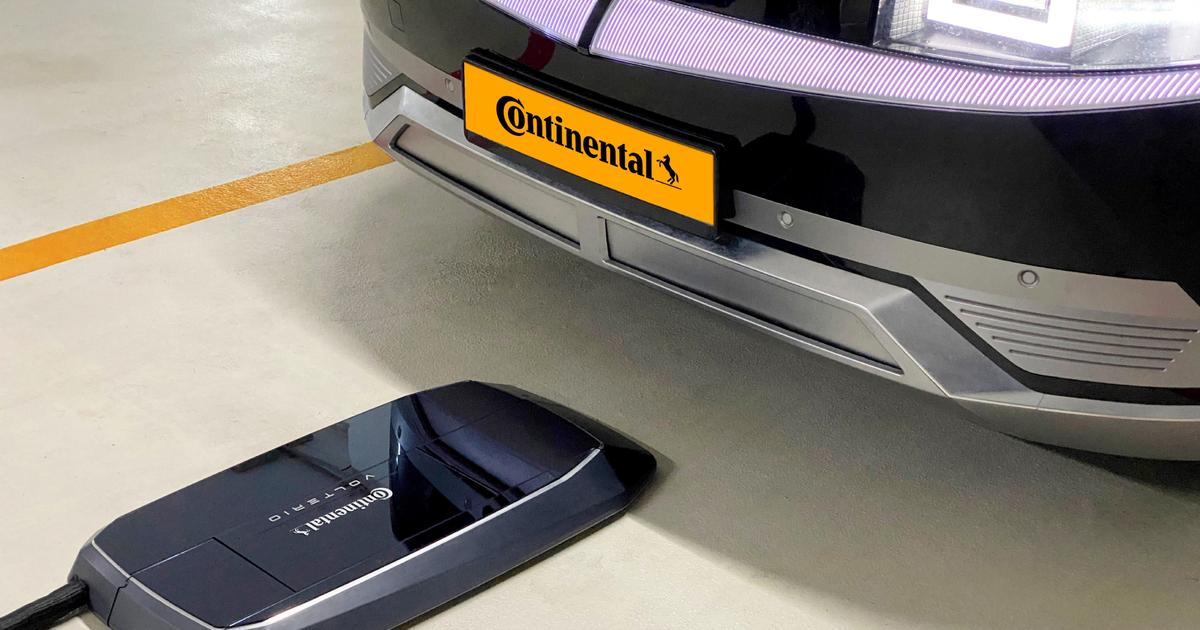 All EV drivers really want is faster charging, but for now they’re getting creepy and/or complex robo-charging snakes and arms instead. Robotic charging might ultimately make topping off an EV battery easier, but it would be nice if it didn’t terrify children in the back seat in the process. Continental’s low-profile system looks to be the ticket, dropping the large robotic appendages in favor of a simple floor plate that makes a physical connection with the vehicle. It looks like a wireless charging system, but eliminates the energy losses that come with induction.

It’s hard to imagine charging snakes and large-armed robots finding a place in one’s garage, but Continental’s system appears quite home- and user-friendly. Under development by Continental Engineering Services and its partner Volterio, the two-part system includes a floor-mounted charging plate and a receiver that mounts to the vehicle underbody. When the car rolls over top the charging plate, the two components detect each other via ultra-broadband short-distance radio communications and automatically create a physical connection.

The system looks quite similar to two-part wireless induction chargers we’ve looked at in the past, but the hard-wired connection limits electrical losses, increasing overall system efficiency. The robotic design is not finicky, as it’s able to compensate for parking deviations up to 30 cm (11.8 in) from ideal and work no matter the angle at which the car is parked. In other words, drivers can park casually without having to precisely align the vehicle over top the charger.

Unlike modern hard-wired chargers, the Continental/Volterio system is autonomous-ready, able to offer automatic charging in an age in which vehicles park themselves without a human at the wheel.

Continental’s announcement says that it and Volterio, an Austrian startup, were previously pursuing their own individual charging robot designs independently, ultimately teaming up to pool resources on a single vision. They have now entered an official partnership, with the goal of developing a robotic charging system suitable for everyday use. Their plans call for Volterio to complete the first preproduction units by mid-2022, with Continental Engineering Services readying the system for market and beginning volume production in Germany by 2024.

The companies’ two-part rollout plan will first offer the charging system as a retrofit for existing electric vehicles and households with an appropriate 22-kW AC rating. After that, Continental and Volterio will look to introduce a fast-charging version for public parking areas and fleet garages with 50-kW+ DC connections. The floor plate of the second version will be designed to retract into the ground when not in use.