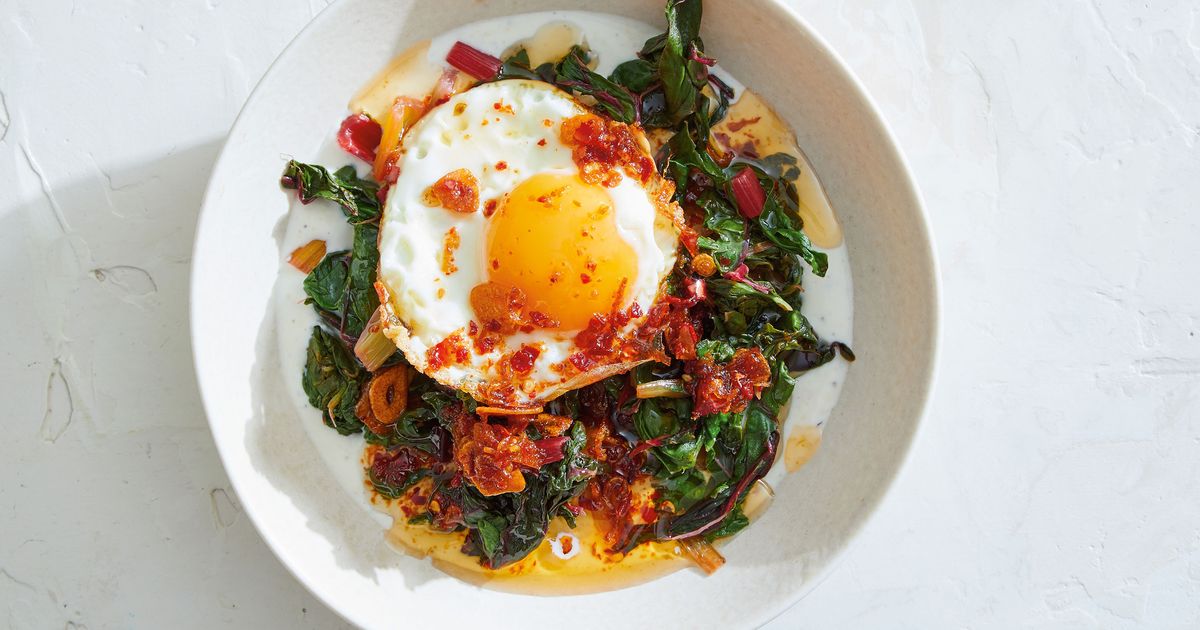 “Here’s the truth: I’m not a gadget person,” food and prop stylist Jess Damuck tells me when I ask about the greens stripper she recommends at the beginning of her cookbook Salad Freak, which comes out today. The little plastic tool is not only a gadget but a unitasker: It strips the leaves of kale, Swiss chard, collards, and woody herbs from their stems. But turns out hanging around gadget people can change you (at least a little bit). “My boyfriend, Ben Sinclair, has only ever cooked breakfast but is obsessed with them,” she says. “He has the Frywall, an avocado slicer, a pineapple cutter. He came home so excited one day and was like, ‘I got you this greens stripper. It’s going to be the best.’ I was like, ‘C’mon, what are you talking about?’ I agreed to keep it, because it’s flat and doesn’t take up much space in the drawer. But then I used it, and it works so well.”

Separating the leaves from the stems of greens is a decidedly tiresome chore — especially when you eat them as much as Damuck (or even half as much, she says). But it’s also a big mistake not to, as she learned while interning at Martha Stewart Living. (She’s worked with Stewart in various capacities over the last decade, and the iconic chef wrote the foreword to Damuck’s new cookbook.) A big part of Damuck’s job in the beginning was making lunch for Stewart, which was always a salad. “This involved going to the farmers’ market for the best possible ingredients available that day and then preparing each component with more focus and attention than I even knew I had in me,” she writes in the opening of the book. When it came to dark, leafy greens, there was no way to get around it: she had to separate. You can eat the leaves raw, but not always the stems (in the case of kale, sometimes they’re just too tough). And when cooking greens, the ﻿different parts require more or less time: The leaves will usually be done braising, baking, or sautéing quicker than the stems.

Without the stripper, “you either have to slice down the big vein or you can sort of peel it off,” Damuck says. “It’s an annoying thing, particularly if you’re making big salads for a dinner party. Plus you end up wasting a lot of the leaves.” But with this handy tool, you simply slide a piece through the appropriate-size hole, and you’re left with two distinct parts. Damuck uses both the leaves and stems in her recipe for Swiss chard with garlicky yogurt and a fried egg, in which you split apart two bunches, chop everything into bite-size pieces, and add the stems to a pan shimmering with oil a few minutes before the leaves, so that they’re done at the same time. The result is a consistent, velvety mound of greens.

“When you’re working with good produce, you really don’t have to do that much, but a little extra effort goes a long way,” she says. “Separating greens is kind of a fussy extra step, but it’s totally worth it. And, working for Martha, I have learned that there are truly no shortcuts.” Well, except this little gadget, that is.

Put ¾ cup labneh in a small bowl. Use a Microplane to zest one lemon and one clove of garlic into the yogurt. Stir to combine. Season with salt and pepper.

Strip the leaves of two bunches of Swiss chard from their stems, and tear the leaves into bite-size pieces. Chop the stems into half-inch pieces.

In a cast-iron skillet, heat one tablespoon or so of olive oil over medium-high heat. Once the oil begins to shimmer, add your chard stems. Cook until they begin to get tender, about three minutes. Add the chard leaves, and cook until wilted but not too much, still green but softened, about two minutes. Squeeze the juice from the zested lemon into the pan, stir the greens around a bit, and then remove them with tongs and set aside.

Add a bit more oil to the pan and, once it’s shimmering, crack your eggs in (for the two people this serves, you’ll want two to four eggs, depending on how hungry you are). Sprinkle with a bit of salt and pepper, and cook until the edges are nice and crispy brown and the whites are completely opaque, two to three minutes.

Spoon a bit of the yogurt into a shallow bowl, and put the greens on top and then the eggs on top of that. Drizzle with a bit of chile crisp (you can find Damuck’s recipe in her cookbook), and dip your toast in to scoop it all up.

get the strategist newsletter

By submitting your email, you agree to our Terms and Privacy Notice and to receive email correspondence from us.

The Strategist is designed to surface the most useful, expert recommendations for things to buy across the vast e-commerce landscape. Some of our latest conquests include the best acne treatments, rolling luggage, pillows for side sleepers, natural anxiety remedies, and bath towels. We update links when possible, but note that deals can expire and all prices are subject to change.