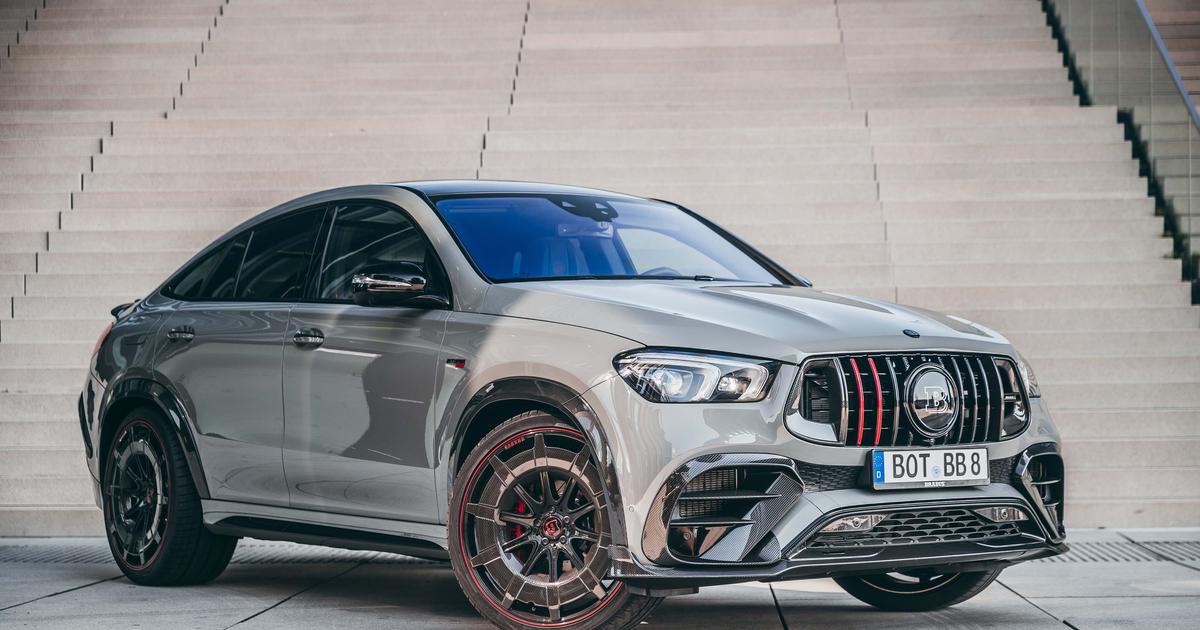 Behold, ye fast, ye foolish, ye fiscally blessed and ye family laden. Brabus has deigned to furnish worthy garages with a 900-horsepower GLE-based SUV capable of 330 km/h (205 mph). This should be sufficient for most trips to the shops, no?

Even the wealthiest supercar owners can’t avoid dragging luggage around forever, particularly in the form of squabbling crotch-fruit. These necessitate back seats, preferably ones with a bit of headroom for when you’re strapping them in, letting them out or attempting to address the sticky biowaste they distribute liberally across anything they can reach and many things they can’t.

Thus, there are fast SUVs. The Lamborghini Urus. The Bentley Bentayga. And if there’s going to be fast ones, there’ll be a fastest one. Lister said it owned the title for a while there with a hotted-up Jaguar F-Pace capable of 322 km/h (200 mph), but now Brabus says its 900 Rocket Edition is the new king of the hill.

Honestly, it’s a pretty loose thing to call. Both Brabus and Lister sell spruced-up versions of other companies’ production cars. Neither have bothered to go and test their top speed as far as we’re aware, and even if they did, they wouldn’t come close to Toyota’s Land Speed Cruiser, a 2,000-horsepower, specially built Goliath that managed 230 mph (370 km/h) back in 2017.

So this is really merely a spec-sheet bench race between high-end car tuners who’ll sell you a build for exorbitant money. But whatever, the Rocket Edition would certainly inject some spice into most people’s daily drive.

Starting out with a Mercedes-AMG GLE 63 S 4MATIC + Coupe, Brabus upgrades it with a 4.5-liter twin-turbo V8 engine making 900 horses (662 kW) and 1,250 Nm (922 lb-ft), mated to a nine-speed auto transmission. A stainless steel exhaust system with active valves lets you go from quiet and legal to shouty and antisocial at the touch of a button.

The 0-100-km/h (0-62-mph) sprint takes 3.2 seconds, so while it’ll take a nibble or two out of a Tesla Model Y’s lunch, you’d want to pretend you didn’t see the guy in the Model S grinning at you at the lights. You’d want a fair bit of clear bitumen ahead of you if you wanted to prove your fastestness against anything with Ludicrous or Plaid mode.

The wheels are replaced with forged units – 24-inchers by default, or 23-inchers with high performance tires if you actually have any ambitions to shoot for the electronically-limited top speed. Likewise, the suspension is yoinked out and replaced with a “BRABUS Airmatic Sports Unit” that can squat the car down a whole 25 mm (1 in) for drag reduction.

Both the interior and exterior get a comprehensive peppering with the old makeup shotgun. Carbon abounds, very few Mercedes logos are left intact, and Brabus has shown no mercy to anything that looked silver in the cabin. It’s all been exhaustively removed and glazed in a savage “rocket red” that hammers your eyeballs with merry splashes of anger from every direction.

And it’s all yours for a price starting at just €381,243 (US$446,000), over a hundred grand more than a base level Lambo Urus in the US. Hurrah! Enjoy seeing this thing driven slowly around the glamorous parts of town by a suitably bestubbled gentleman in the video below.