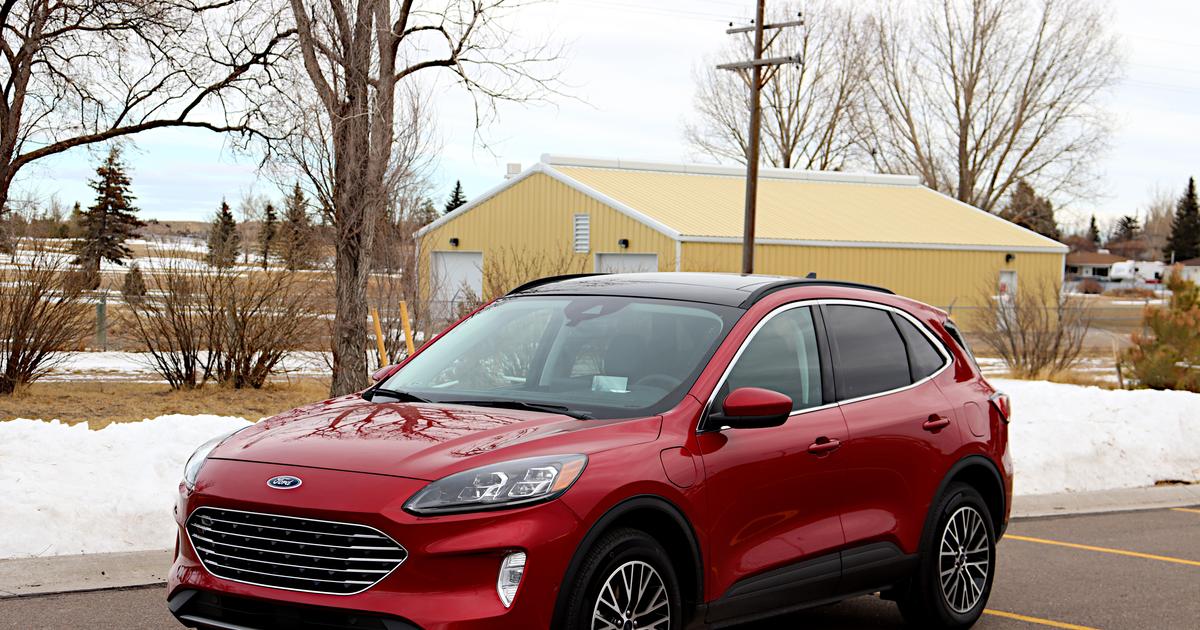 The 2022 Ford Escape Plug-in Hybrid is one of two hybrid options for the Escape this year, offering most of the goodness of the compact Escape, but with better efficiency. Both hybrid models use the same engine and transmission, the one with a plug just adds more battery and slightly more power.

For those who want to maximize fuel economy and environmental friendliness, but don’t want to be inconvenienced, there’s the plug-in hybrid compromise. Most plug-in hybrid electric vehicles have enough all-electric range for daily driving, but have the backup of a standard gasoline engine for the longer haul or those days when you might have forgotten to plug it in. Auto manufacturers have found this middle ground option between a gasoline-driven and battery-driven vehicle to be an easier sell to Americans.

The 2022 Escape Plug-in Hybrid is one of those interrobang combinations of the two worlds. A 2.5-liter four-cylinder engine combines with a continuously variable transmission, motor, and batteries to produce 221 horsepower (165 kW) in front-wheel drive. That’s compared to the slightly lighter-weight Escape Hybrid model that uses the same engine, transmission, and motor paired with smaller batteries to produce 200 hp (149 kW). An upgrade in hp on the PHEV model is nearly a wash given the roughly 400 lb (181.5 kg) of weight difference between the two. What is different is fuel economy.

We spent a week with the 2022 Ford Escape PHEV in its topmost Titanium package (priced at about US$43,000 with delivery). Using a level 2 charger capable of delivering up to 40 amps, we noted that the Escape Plug-in would charge at 32 amps (7.4 kWh) for most of its charge cycle, slowing down to about 13 amps towards the end as the battery heated and was “topped off.” Charge time from near-empty was about 4 hours in all for the 14.4-kWh lithium-ion battery. We estimate that a standard 120-volt household outlet could charge the Escape PHEV from empty to full in about 7 hours’ time.

That charge time netted us an average of about 34.7 miles (56 km) per charge in all-electric driving. Most of that driving was around town at speeds up to 40 mph (64 km/h) with some highway (55-60 mph / 88.5-96.5 km/h) mixed in. Given our wintry mix of weather, occasional cross-winds, and so forth, we feel that most Escape Plug-in drivers should be able to get close to the EPA rating for the SUV in all-electric driving range.

Looking past the fuel efficiency of the vehicle, it’s a very livable and comfortable daily driver. The front seats are accommodating and comfortable for people of a variety of heights, while the back seats sit two comfortably, so long as they’re under six feet (1.8 m) in height. It’s worth pointing out that rear seat access is tighter than expected due to the doors not opening to a full 90 degrees. Adding a third or a taller person in the back row will mean cramped quarters, but that’s the nature of compacts like the Escape. Cargo space is also good at 30.7 cubic feet (869.3 L) behind the second row and 60.8 cubic feet (1,721.7 L) with that row folded down. Note that the rear seats don’t fold completely flat, but they are close enough for all but the bulkiest of items.

The 2022 Escape PHEV drives well, though it’s not sporty or quick. It’s confident in its acceleration, though, and performs predictably with good maneuverability. It’s relatively quiet and smooth on most road surfaces, even at highway speeds, but not luxurious or disconnected. The interior design is nice to look at and well laid out, but there are a lot of low-rent plastics involved. Not quite Dollar Store levels of chintz, but nowhere near as upscale ritz as many others have become.

Ford has improved infotainment greatly, which is saying something as the previous-generation Sync system was already very good, but this latest rendition of Sync 3 is crisper. The 2022 Ford Escape features a nicely-done infotainment setup with an easily understood user interface and nice functionality. An 8-inch touchscreen with Apple CarPlay, Android Auto, Bluetooth, two USB ports, and a Wi-Fi hotspot is standard. The upgrade system, which we had in our Titanium model, adds navigation, wireless device charging, a stereo upgrade, and HD radio. A digital gauge cluster for the driver is also added with the upper level trims. We’re also fans of the physical buttons and knobs for often-used things like volume control, climate settings, and so forth.

One thing that can’t be had with the Escape Plug-in Hybrid over other models of the Escape is all-wheel drive. Front-wheel drive is the only option. Most of the time, that is not a problem, but when the weather turns bad, it can be a deal-breaker. During our time with the vehicle, we did have some Wyoming winter weather. The Escape wasn’t undriveable in most of it, but the sense of security that having the added traction of AWD gives wasn’t there. We credit the Escape Plug-in’s generally good vehicle balance for predictable physics on the road as a saving grace there.

Our final assessment is that the 2022 Ford Escape PHEV is a well-done plug-in that draws a good compromise between the worlds of gasoline-only and battery-only vehicles. As a transitional choice and a useful daily driver, it’s a great option. With a starting price of about $34,000, this is a well-done SUV with a plug.