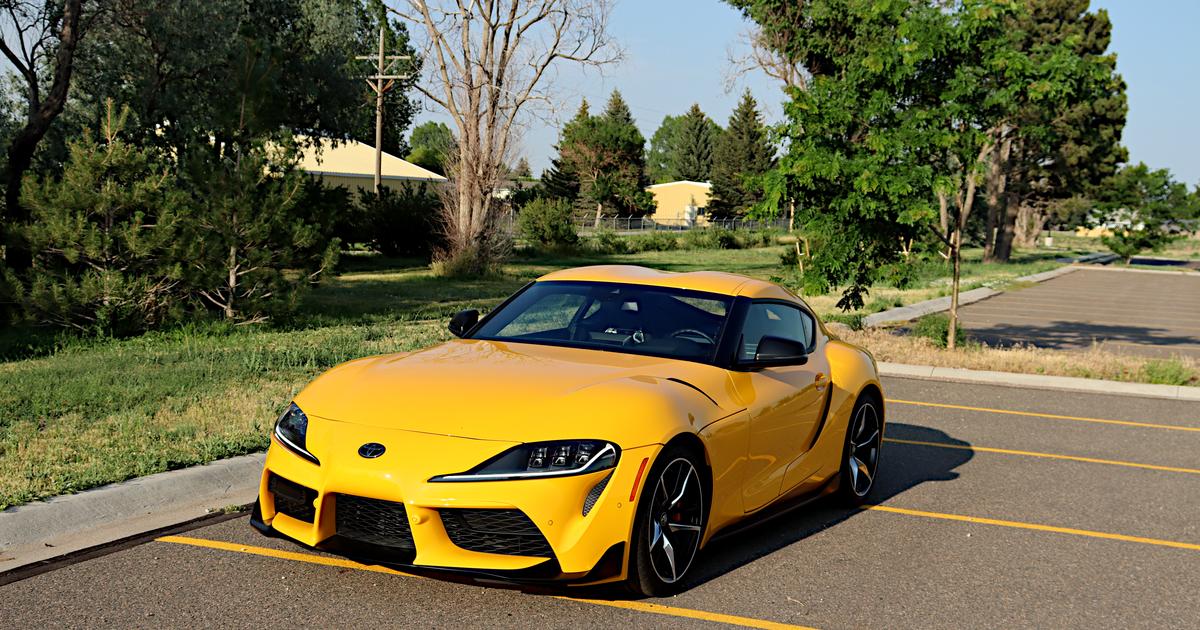 Toyota announced the return of the storied Supra sports car with a lot of fanfare, and when the new Supra debuted, the performance for the price was phenomenally good. And although the fifth-generation Supra is not, in fact, a Toyota, it hits a rare spot of excellence which transcends that detail.

Sometimes, if a vehicle type is outside of your wheelhouse or if sales are expected to be low, it’s cheaper and better to have someone else make it. When the result is a vehicle that’s far better than anything the company could have made anyway, you get something like the Toyota GR Supra. This outcome might be as rare as a preacher giving a short sermon, but it happens. And when it does, it might make for the greatest homily you’ve experienced. That, in a nutshell, is the BMW-made Toyota GR Supra.

Toyota gave the car its storied name and most of its exterior design elements. BMW gave it the ability to be more than Toyota could have managed on its own. Sorry, Toyota fans, but Toyota is not a brand well known for its sports car expertise. It makes high-selling, mainstream daily drivers and family cars, and it does so very, very well. Those skills don’t translate to making fun sports cars. It’d be like asking Dennis Miller to make fart jokes. Sure, he’s a comedian, but he’s not that kind of comedian.

The lines and flow of the bodywork on the 2021 GR Supra are spectacular, and transcend the argument over who made what. The low-dipping hood, wide fenders, unique cut lines for the shell, and amazingly aggressive yet refined front fascia are only the beginning. The La Mans-style roof shape, fast rounded bodywork, rear fender brake vent opening, and aggressive rear haunches are eye-grabbing. The rear hatch, surprisingly slender rear profile, and fastback look finish the design. In partnership, the sleek and fast-paced bodywork match the drive quality of this car perfectly.

The new Supra comes only as a sports coupe, but with either of two engine options. The base 2.0 model, which is new this year, uses a turbocharged four-cylinder engine that produces 255 horsepower (190 kW) and 295 pound-feet (400 Nm) of torque. The other three trims use a turbocharged 3.0-liter inline six-cylinder that turns 382 HP (285 kW) and 368 lb-ft (499 Nm) through the shaft – a 50 HP increase from last year. Both engines use the same eight-speed automatic transmission, and are rear-wheel drive. For those wondering, this translates into 4-second 0-60 mph (97 km/h) sprints and a little over 12 seconds for a quarter mile with the newly-upgraded six.

These power plants are excellent choices for the Supra, but our experience found that the 3.0L engine is particularly well-suited to this car. It’s joyous to drive not only for its low build and great looks (which will result in turned heads and commentary from passers-by), but also for its well-tuned suspension and precise handling. The 3.0 models all come standard with adaptive suspension dampers and Brembo four-piston front brakes. A front strut tower brace also helps solidify the GR Supra’s cornering feel. The 3.0 Premium model we drove came with larger rear brakes as well.

In every instance, the 2021 Toyota Supra feels beautiful. It’s fast, responsive, and brings the joy of the road directly into one’s hands and feet. As a sports coupe, this car is nearly perfect. And with a starting price of US$43,090 for the four-cylinder and $51,540 for the six, it’s price-competitive (or better) than almost all other options – including the BMW Z4 that it’s based upon. Our 3.0 Premium test model was well under $60,000 with all its bells and whistles added. That’s tough to argue with.

Driving the new Supra makes one a little nervous at first. Like any well-done sports car (or serious first date), the Supra feels a bit twitchy until one has become used to it. That twitchiness smooths into camaraderie between car and driver, becoming synergy and joy. It’s then that the true potential of the Supra comes forward, and that one begins to overlook the car’s few downsides, like its difficult infotainment interface and its “You will elbow your coffee” drink holder placement.

The Supra is one of those rare cars that speaks to the driver in a way that others cannot. It creates reasons to be driven, and for the drive to go farther and take longer than it should. Its controlled quickness and wonderful road feel are inherently appealing. We’re glad Toyota didn’t try to go it alone on this one, and that the end result is better than either automaker could have done by itself.