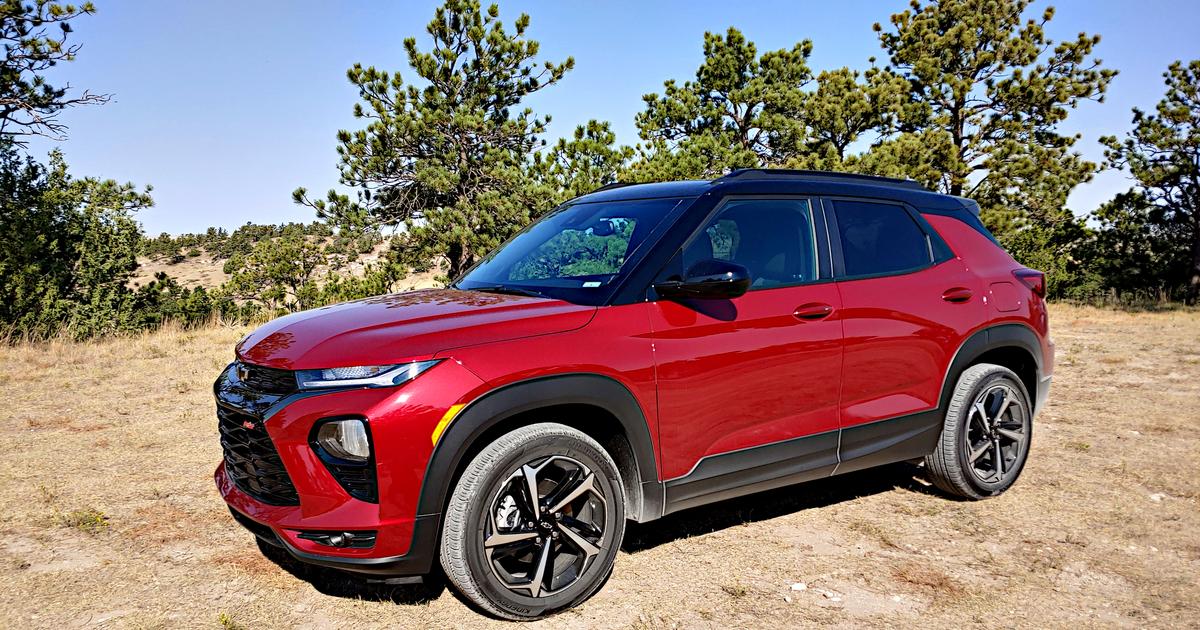 Chevrolet introduced the revived Trailblazer name as a niche-filling subcompact crossover. Following along with the similar, but slightly larger Blazer, the Trailblazer fits somewhere in between the tiny Trax and the more family-sized Equinox. Where the Blazer has a more suburban feel about it, the Trailblazer, despite its name, actually has a more urban fit.

Back in the 1990s, when truck-based, body-on-frame sport utilities were all the rage, Chevy had several on offer including the (then-huge) Blazer, the somewhat smaller TrailBlazer, and other mainstays like the Suburban and so forth. Today, though, it’s all about unibody efficiency and usefulness, with car-based crossover-SUVs dominating the market. In light of that, Chevrolet revived the names of fame from back in the day, but left the rest in the past.

The 2021 Trailblazer (the capital B is dropped now) takes most of its design cues from the Camaro sports car rather than from the Silverado and Colorado pickup truck lines. The new Trailblazer fits into a sizing category of vehicles that best suits urban and (sometimes) suburban buyers who favor compact size and interior roominess over performance and extreme capability claims.

The Trailblazer has edgy, but not polarizing styling without losing utility – something that not all offerings in this (not too) subcompact arena can claim. It is, in fact, surprisingly roomy and accommodating given its tiny size. The little engines that power the 2021 Trailblazer are nice little goers that, while just about adequate for the vehicle’s size, don’t shine as anything sporty – also a hallmark of this class of vehicle, we’ve noted.

On the inside, the 2021 Chevrolet Trailblazer is comfortable and well done. It’s similar to other new Chevy vehicles like the Blazer in its appointments and layout, pulling from Chevrolet’s long history of car interior design. The Chevy Safety Assist suite of advanced safety features such as forward collision warning and mitigation (automatic braking), lane-keeping assistance, and automatic high beams are standard in the Trailblazer. So are Apple CarPlay and Android Auto and a 7-inch touchscreen with in-vehicle Wi-Fi hotspot. All at a price starting at US$19,000. Not bad.

Compared to those it’s competing with (Honda HR-V, Hyundai Kona, Mazda CX-30), the Trailblazer is a solid contender. The base model has a three-cylinder, 1.2-liter turbocharged engine that outputs 137 horsepower (102 kW) to a continuously variable transmission (CVT) in front-wheel drive. This combination is enough to get the Trailblazer going and allow it to feel confident around town, but it will struggle with freeway onramps and when carrying a fully loaded passenger compartment.

Upgrading to the 1.3-liter three-cylinder turbo boosts HP to 155 (115.6 kW) and adds the option for all-wheel drive. These attributes work together to greatly boost the Trailblazer’s productivity in terms of confidence and highway capability. This upgrade doesn’t cost much in the way of fuel economy either, with the 31 mpg (7.6 l/100km) highway rating of the 1.2 dropping by just one point to 30 mpg (7.8 l/100km) when switching to the AWD 1.3L.

We like all of these things about the Trailblazer, but note that getting the more desirable 1.3L engine will bump the base price up to $26,055. And like most in this class, the Trailblazer still suffers from the indignities that a CVT adds to a drivetrain tuned for efficiency over fun. Hesitations, long delays before pushing RPM up, and similar joy-killers are the norm in the Trailblazer. And off-roading, even with the Activ or RS models’ trim upgrades, is still mostly confined to well-maintained dirt roads and low-clearance-friendly trails – again solidifying the Trailblazer’s status as an urban vehicle.

Given that fact, the Trailblazer does do well as an around-town vehicle. It’s relatively peppy with either engine and – though the 1.3L is definitely superior – smart to drive at lower speeds. Cargo space is good considering the Trailblazer’s size, and the rear seats are adult-friendly if everyone is of average size or smaller. We’d not recommend making a habit of trying to take five along very often, though.

One problem the new Trailblazer does have, which is mitigated a bit by technology inclusions, is the rear visibility when parking. It’s difficult to see through the back windows when parallel parking, especially curbside (right). The rearview camera helps with this. This rear pillar blockage is a common Chevrolet trait, we’ve noted, and not confined to the Trailblazer.

In all, the 2021 Chevrolet Trailblazer is a good entry into the subcompact crossover market, which has been filling quickly with great options. This segment is one of the fastest growing in the overall North American automotive market and as a result, it is getting a lot of attention from automakers that are bringing A-list offerings to it. Mainstays like the Toyota C-HR and Kia Soul are seeing themselves aging out as newcomers take center stage. Comparatively, the new Trailblazer is competitive, but others like the Hyundai Venue and Mazda CX-30 are enjoying a lot of well-deserved attention as well. It’s an exciting segment to watch.