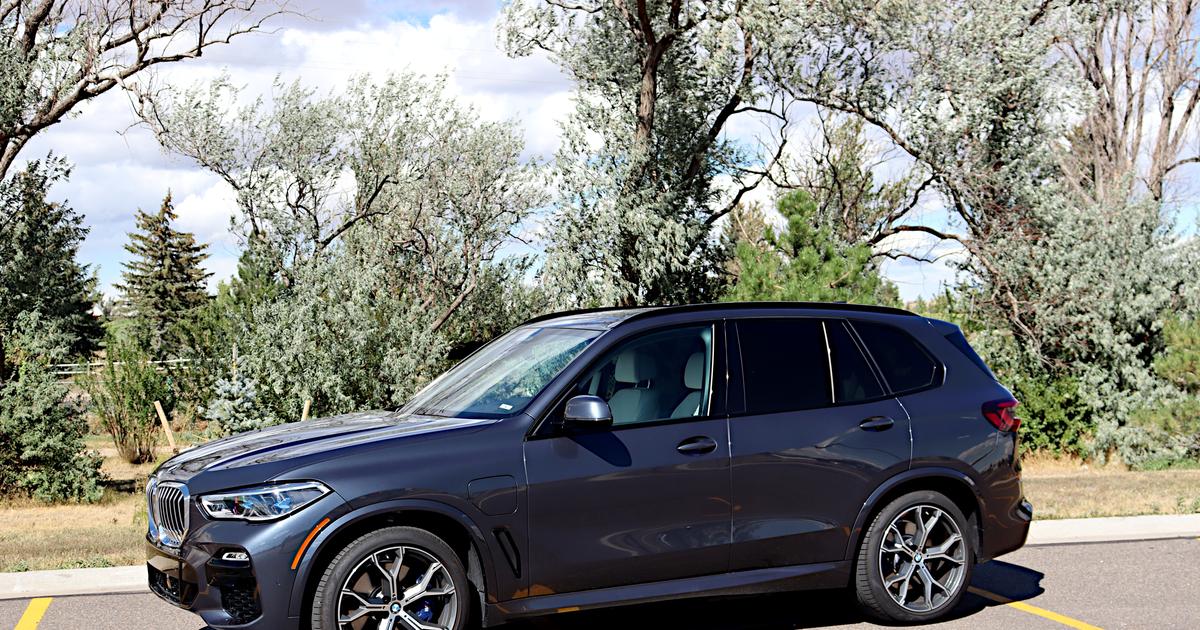 When BMW redesigned the X5 in 2019 it became larger and more accommodating while retaining its driver-centric nature and smart interior, but the hybrid model went missing from the lineup. This year sees the return of the plug-in hybrid, along with some efficiency upgrades … and losses.

Dubbed the xDrive45e, the plug-in X5 is part of the fourth generation of the X5 and is the second generation of the hybrid model. This version has far more range than its predecessor, with all-electric driving set at about 30 miles (48.3 km) per charge. It’s larger than many other mid-sized SUVs , offering more interior room, but it’s worth noting that the hybrid model drops the third row option.

The 2021 BMW X5 xDrive45e is not quite as fuel efficient as its predecessor, being EPA rated at 50 MPGe with a fully charged battery. The non-hybrid X5 is highway rated at 25 mpg (9.4 l/100km). With a full battery on a 42-mile (67.6-km) loop (about half of which was electric-only driving), our X5 hybrid returned 46 mpg (5.1 l/100km). Those numbers, while not quite as impressive as the previous-gen X5 plug-in, are still very good for the class, but fall short of the city-heavy EPA rating on the sticker.

Changes to the powertrain are the main difference between the X5 xDrive45e when compared to the rear-wheel or all-wheel drive combustion-only models of the X5. The four-cylinder engine of the previous-gen hybrid was dropped in favor of the more standard six and the battery pack is now a heavier 17.1-kWh (usable capacity) unit to provide the longer range. The electric motor is sandwiched between the engine and transmission, which means that the standard all-wheel drive in the plug-in works whether in EV mode or hybrid.

Combined system output is 389 horsepower (290 kW) and 443 pound-feet (600.6 Nm) of torque, which are higher numbers than in the previous-gen hybrid X5. The straight-six is turbocharged and the transmission is an eight-speed automatic tuned for the combined total. Both are the same units used in the non-hybrid model. The motor adds about 111 hp (82.7 kW) and 195 lb-ft (264.4 Nm) to the six’s outputs to get the combined rating.

Together, the combination of engine and motor give the X5 hybrid a surprisingly fast sprint of under five seconds to 60 mph (96.5 km/h) to go with its nimble driving quality. BMW definitely wanted to keep the X5 a driver’s car despite a curb weight of nearly 5,700 lb (2,585.5 kg) in the hybrid model.

Like most plug-in hybrids, the X5 charges at a slower rate than a full EV. Our level 2 charger, capable of up to 40 amps of output, charged the X5 hybrid in about six hours due to the Bimmer’s maximum input of only 16.6 amps. This makes having a level 2 charger somewhat pointless with the X5, as a 120V/15A standard outlet charges the battery from empty in about nine hours – assuming no circuit sharing. But that is the point of a plug-in hybrid electric (PHEV) – it offers the best of both worlds and doesn’t require added investment in equipment. It just runs as-is. If the battery’s not fully charged, or even charged at all, the PHEV will still run.

For us, though, the act of driving the 2021 BMW X5 xDrive45e was the most enjoyable part of it. The X5 is car-like in its handling: nimble and responsive. It’s comfortable for everyday driving and easy to understand when maneuvering and parking. In all-electric mode (the default whenever there is enough battery juice), the BMW X5 works up to 84 mph (135 km/h). That and the 30 miles of range cover most user’s daily driving needs without using any gasoline. Which, again, is the point of a PHEV.

The 2021 X5 xDrive45e is priced starting at US$65,400 before tax credits and delivery charges. Only very minor changes are expected for the 2022 model year.

Why Is Education Important

Nissan adventure van rolls through the wild like a mobile ecolodge