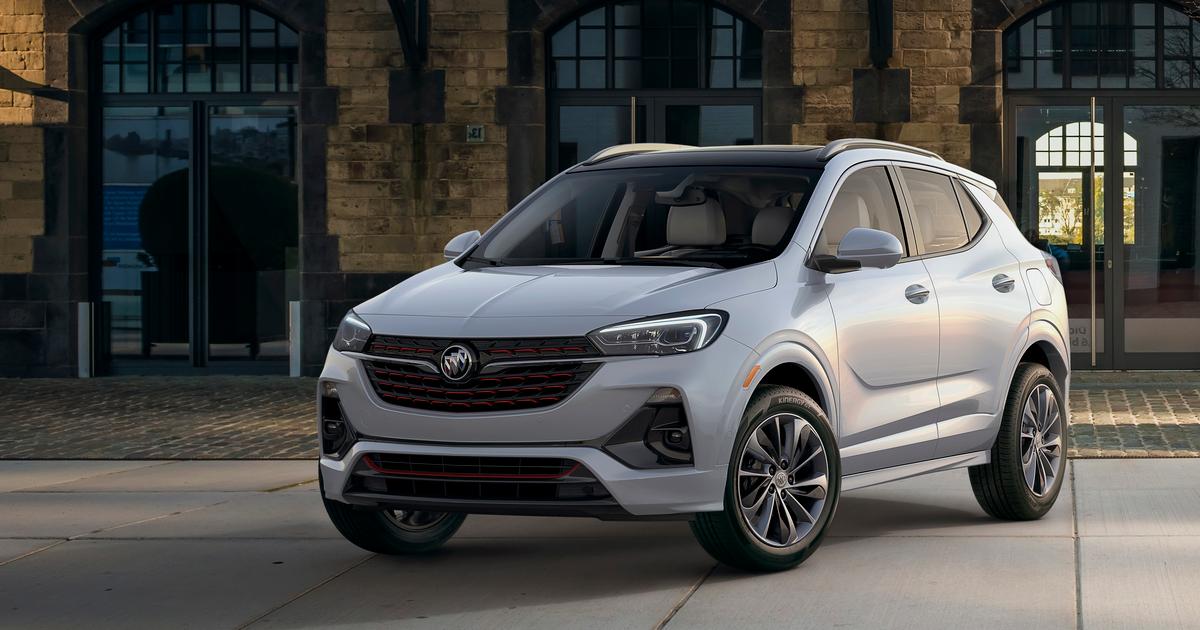 Buick introduced a new GX variant for the little Encore crossover for the 2020 model year. The new Encore GX adds features that make it much more appealing than the standard Encore, especially on the looks, drive quality, and technology fronts.

On the outside, the Encore GX appears very similar to the standard Encore, but look a little closer and you start to see many differences. The grille of the GX is a bit larger and well-defined, and the signature Buick hash line that runs from the emblem to the edges of the grille has a more “cupped” shape around the emblem, running beyond the grille to underline the lighting. Lower intakes and fog lamp bezels are more aggressive and the bumper trim below is thinner to compensate. Overall, body styling is more refined, with lines being more subtle and smoother.

The interior of the Encore GX is roomy, upscale, and it abounds with quality materials. The only complaint we could muster for the Encore’s interior was the butt-hugging front seating, which is a bit narrow for anyone larger than average. The rear seat is good for two adults or three children at a pinch, but like all subcompacts, it’s cramped. Headroom is surprisingly good, though, and cargo space is much more plentiful than expected at 23.5 cubic feet. That more than doubles when the rear seats are folded (mostly) flat to add more space.

There are two engine options. The first is a 1.2-liter three-cylinder engine turbocharged to 137 horsepower (102 kW) while the other is a turbocharged 1.3-liter three-cylinder that outputs 155 horsepower (115.6 kW). Both mate to a continuously variable transmission (CVT) in front-wheel drive. The 1.3L can also have optional all-wheel drive, which mates with a nine-speed automatic transmission. We’d highly recommend that combination over the somewhat lackluster CVT.

Standard technology in the 2020 Encore GX includes an eight-inch infotainment touchscreen with an onboard WiFi hotspot and satellite radio. Apple CarPlay and Android Auto are standard and wireless capability for those apps becomes available at the end of 2020 and in the 2021 model year. Forward collision warning and automatic braking is also standard, as are lane departure warning and mitigation. A few add-on packages can bring things like remote engine start, adaptive cruise control, blind-spot monitoring, and rear cross-traffic alert. These become standard in upper packages.

That’s a fair amount of standard features for a vehicle whose base price is US$24,100. Most of the Buick Encore GX’s competition is from its cousin the Encore and from higher-end packages of other makes in the premium segment. The Encore GX’s price tag tops out near $30,000 in the Essence model with all options.

On the road, the 2020 Encore GX feels peppy and strong, especially with the geared transmission option and slightly more powerful 1.3-liter engine. Steering is sharp and connected while the road feel is just enough to give a connection without being intrusive. True to the Buick name, the Encore GX is comfortable on most surfaces and absorbs bumps well. It does allow a fair amount of road noise to intrude, which is common in subcompact crossovers, but not a trait normally associated with Buick.

In all, the 2020 Buick Encore GX is a solid little vehicle that fits well in the premium category without getting overly-luxurious (or pricey) while remaining a little above the more standard options in the non-premium arena. The price is right for the pep and tech included and the luxury of the interior is good overall. Our complaints are few, though they may be important for those looking at an SUV in this genre. The Encore GX definitely moves the needle in the right direction in comparison to the standard Encore models.